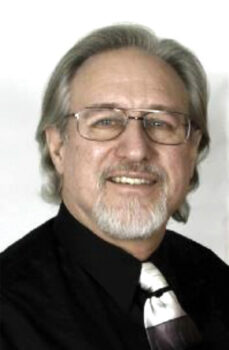 On Wednesday, March 9, Randall Dighton presents an evening of music and spiritual exploration. He will share not only ballads of faith, humor, and love from his repertoire (Scots/Irish, folk, musical theater), but speak of his deep and abiding love of music for his inspiration, meditation, and spiritual growth through improvisation.

Randall discovered a gift of composing music to fit the moment in his teens when he was asked to create a song based on Khalil Gibran’s poetry at a wedding. From an inward source of creativity, there flowed a melody which, joined with the beautiful lyrics, meshed with the spirit of the occasion. Today, he now serves as musician for his Masonic lodge with improvised music on guitar, lute, or Native American flute.

Music is Randall’s source of peace in life. Through reading poetry, spiritual/mystical passages, or other introspective thought, this facility is activated. (His muse seems to work the graveyard shift—entire songs with lyrics and melody come to him at 3 a.m.)

Raised as a Christian, but with friends of many faiths, Randall became a Baháʼí in 1970. He also served as assistant cantor of a Jewish congregation for most of the 1980s. He has been a student of the Yi King (I Ching) since 1963 and has an interest in other oracular and divinatory traditions.

Randall has been married to his soulmate and best friend, Linda, since 1997. She sings with him on occasion and helps lead a choral group in SaddleBrooke, the Catalina Chorale.

Randall Dighton was born in Southern California in 1946, raised in the city of Orange, and attended Chapman College (now Chapman University) as a music and mathematics major. After serving in the U.S. Army, he began working as a professional musician, as well as a calligrapher/graphic designer.

Randall’s music career began as a strolling singer in Southern California in his mid-teens, performing the ballads of the British Isles, as well as standards and show tunes, at four-star restaurants as well as Celtic and international events on the West Coast, performing both on stage and as a strolling troubadour.

Randall was a fixture at Scottish games, Renaissance Faires, and other festivals from the 1960s, accompanied on either guitar or lute. He was the United Kingdom Pavilion’s troubadour (and official scribe) at Epcot Center for most of the 1980s. After singing and working in California and Oregon, he and his wife, Linda, moved back to Northern California in 2015, where he served as the director, arranger, and accompanist for the Mountain Ridge Singers (a community chorus) in Paradise, Calif., for four years, as well as directing and performing with the Jolly Beggars, a Scottish band. After fleeing the Camp Fire that destroyed the town of Paradise in November 2018, they settled in SaddleBrooke. He now performs at various events, including festivals, retirement homes, and other venues, as requested.

He has recorded several CDs of Celtic music through the years, with two of them currently reconstructed after the loss of the original files in the fire.

Randall has studied the art of calligraphy since his early teens and began to create annual works of scribal art in 1974. Many of these are displayed throughout the world. He worked as a professional scribe and graphic designer for over 40 years. Randall can be contacted at [email protected] or 520-825-3090.

Note: We will also be holding our annual general voting meeting at this time and ask that all members who have paid their annual dues either vote via email or on this night in person.