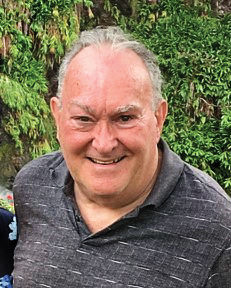 Edward Michael Lynch passed on Jan. 25, 2022, at the age of 73 after a valiant fight against multiple illnesses. He worked hard and fought hard, but his body could not keep up with his Marine fighting spirit.

Ed was born in Boston, Mass., to Lawrence and Marie (Boudreau) Lynch.

After graduating from the University of Hartford with a B.E. in mechanical engineering, he worked as an aerospace engineer at Hamilton Standard/Sundstrand for over 36 years, plus several more as a contracted employee after his retirement.

In his free time, Ed participated in numerous hobbies and clubs. He competed on the company bowling league, was a skilled gardener, golf enthusiast, a Harley fan, and an avid outdoorsman. He took trips to the Snake River in Idaho to learn fly fishing, and he brought his treasured Wide Glide to rallies in Daytona and Sturgis. His green thumb and beautiful gardens will be remembered by all.

The greatest love in Ed’s life was his family. He was dad to a large, blended family of six kids and “Pop” to six grandchildren. Though some were acquired through marriage, he truly cared for everyone as if they were his own. His face would light up as he told stories about adventures he had with his kids or grandkids, and he was always quick to regale whoever would listen about the latest events in their lives.

He and his wife Laurie moved to Tucson, Ariz., to escape the harsh New England winter. He enjoyed the year-round golfing and gardening that the warm climate afforded. They loved to travel. They took trips to Florida, Spain, Morocco, and several to one of their favorite states, Hawaii.

Edward was predeceased by his brother Lawrence Lynch III, his sister Marcelyin “Marcie” Mikeska, and grandson Remy O’Toole. He will also join his beloved dog Buddy and his favorite rabbit Diego.

A Memorial Service was held at his home on April 12. 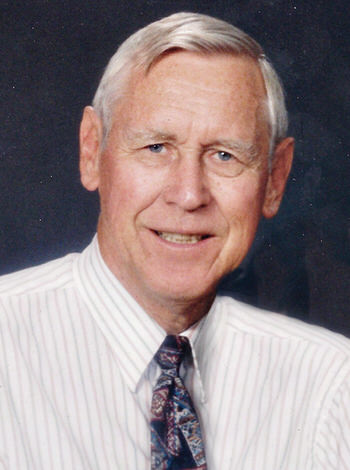 Donald O. Stenquist was born in Minneapolis, Minn., to Hazel and Oliver Stenquist. He grew up with one brother, William Stenquist. As a teen, he loved spending his time playing football and golf. As he got older, he attended college to study business and ROTC. This sparked his passion for golf, sports, and serving his country in the Air Force.

In his early 20s he met Cynthia Powdrell who was the love of his life. Within a few years, they had started a family, complete with three children. As a family, they enjoyed golf, basketball, football, and card games, especially bridge. Playing golf was his passion. He shared it with his wife, children, and friends. Being a kind and dependable father was of the utmost importance to Donald Stenquist, and he certainly did not disappoint when it came to wholeheartedly loving his family.

In addition to his loving wife Cynthia Stenquist and his three children Daniel Stenquist, Robert (Danielle) Stenquist, and Patricia (Todd) Howland, Donald Stenquist is survived by his five grandchildren: Haley Stenquist (Tyler), Catherine Quinn, Brooke (Tony) Miller, Elizabeth Grube, and Rob Stenquist. He also had one great-grandchild. He also has a loving brother, William Stenqust, and two nieces. His entire family will forever be touched by this amazing man.

Due to COVID, the Celebration of Life will be a small, family gathering celebrating his life. The family plans a family golf game in his honor, followed by dinner to celebrate his life. Please send condolences to the family home in SaddleBrooke for his wife Cindy and family.

Donations can be made to St. Jude Children’s Hospital or the local Humane Society.

Semper Fidelis. You will be truly missed.