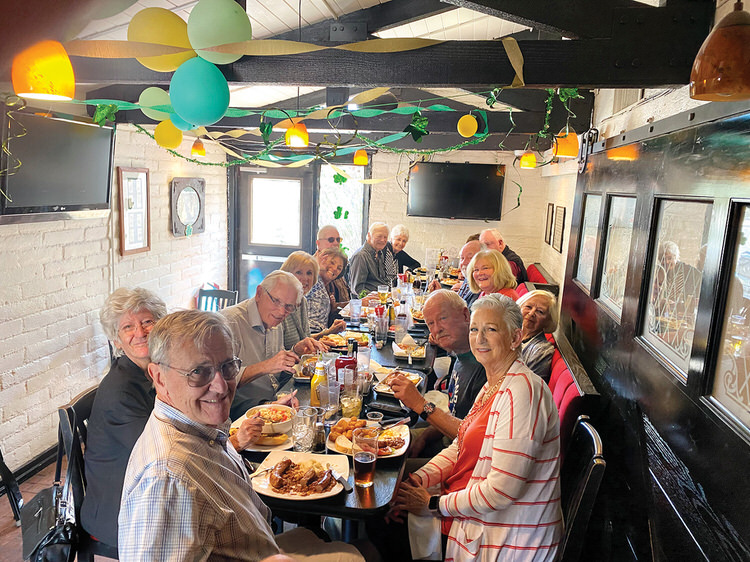 The British Club, creatures of habit and hungry for lunch again at the pub, especially after being cooped up since the beginning of the COVID pandemic!

On March 13, 16 members of the British Club enjoyed a wonderful Sunday lunch at the Canyon’s Crown Restaurant and Pub, way across town at the crossroads of Tanque Verde and Sabino Canyon. A good time was had by all, as usual, catching up with the latest news of our families and current events. Canyon’s Crown didn’t let us down with their delicious British food from their menu choices of fish and chips, bangers and mash, Guinness pie, corned beef and cabbage, and shepherd’s pie, etc. for entrées, finishing with choices of sticky toffee pudding and crème brûlée, etc.

Thank you, Ethel, for organizing another fun event for the British Club.

The British Club has resumed their games afternoons every second and fourth Friday of the month. They will have a social event in the bar area at the SaddleBrooke Clubhouse, which includes the following activities: canasta, Mexican Train, and maybe bridge from 1 p.m. until around 4 p.m. This is followed by a social hour and a bar meal.