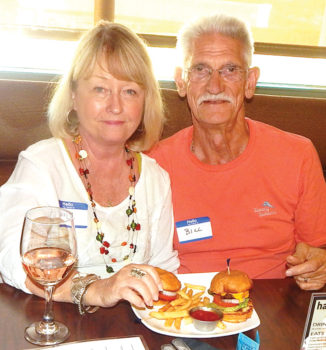 New residents, Bill and Cate Mathews, have recently moved to SaddleBrooke One from SaddleBrooke Ranch. They originally lived in Washington state. 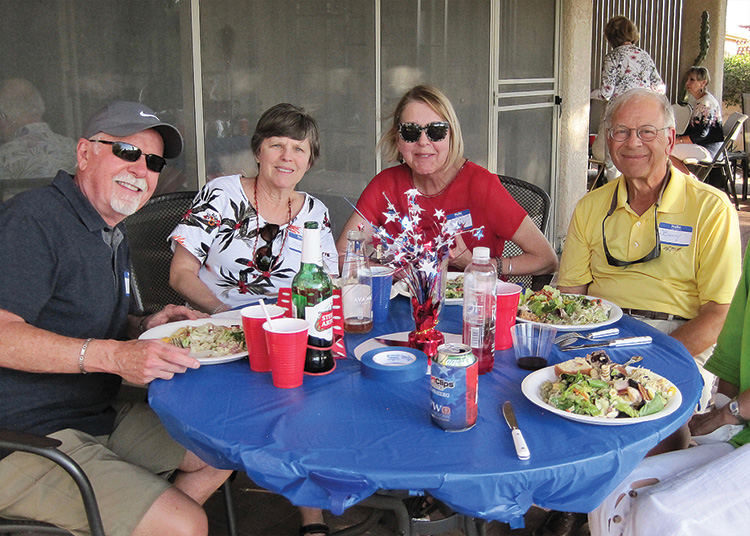 Unit 17ers bring one dish and end up with a feast.

Bring one dish and end up with a feast! That’s why the potlucks are so popular in Unit 17. Everyone enjoyed the salad and dessert potluck buffet at Faith Fromson’s on Saturday, June 2. Unit cooks outdid themselves with the tasty salads and delectable desserts. And the balmy weather made the party even more enjoyable. This has been Faith’s annual event. Thank you, Faith. As a final finish, Bill George’s lively video of the event was emailed to unit homeowners.

What’s next? Our annual Ice Cream Social will be at Arlene desJardins’ home on Sunday, July 28 at 6:30 p.m. Then in late August there will be an hors d’oeuvres party at Elissa and Chris Cochran’s home; date to be determined. Heading into fall will be the Halloween and Pizza Bash on Wednesday, October 30. Watch for upcoming emails with specific details. 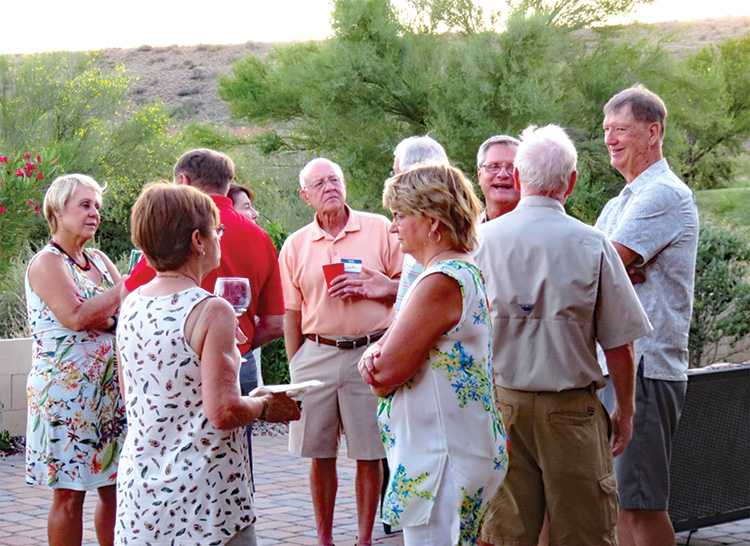 Outdoors on the Depka patio; photo by Ron Talbot

Ah! The summer ritual here in our active senior desert community is to escape! Or so it seems to those of us who choose to stay, even for a while. Even those of us here dart in and out of our homes and vehicles in an attempt to dodge the heat and, consequently, become virtual hermits.

It is during these late spring and summer months that our Unit 27 monthly Snack and Chat events are very welcomed, as they give us the chance to mingle for a while with our neighbors as we find out who else is around. And special thanks to those that agree to host these summer events.

Linda and Ron Bouchard hosted their first Snack and Chat on May 24. While many residents had already left for the season, the event was fairly well attended, and the food was ample and tasty. The outdoor temperature was still moderate, which provided the opportunity for attendees to be indoors or outside.

A shout-out to the Bouchards, who are fairly new to the unit, for their willingness to actively participate in unit activities. Their help with the April block party is especially noted. Thanks, Linda and Ron!

Speaking of active, Eileen and Jeff Depka hosted the Snack and Chat on June 22. Although most of our snowbirds had left, the remaining “hearty hermits” that attended had an enjoyable evening. Those that stayed indoors were able to view Eileen’s extensive owl collection, and those that ventured outside to the patio were treated to a tolerable outdoor temperature, considering the date.

Thank you to both Jeff, our Unit rep, and to Eileen, who is a member of the HOA’s Common Area Committee. We appreciate both of you for all you do for the unit!

Enjoy your summer, wherever you  may be. 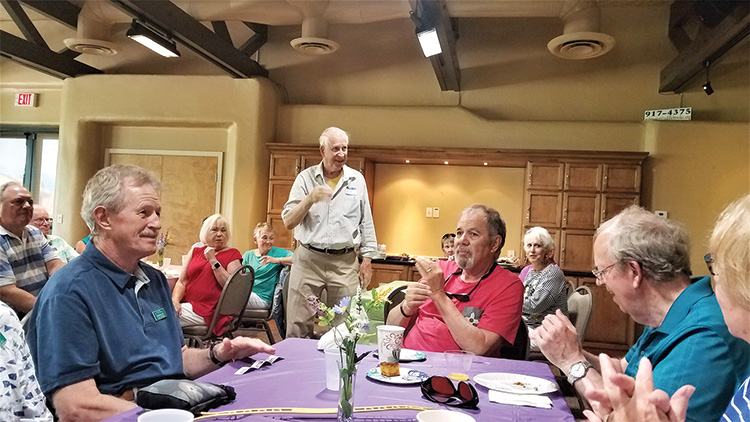 Unit 48 greeted the onset of our warmer, more summer-like weather on Sunday, June 2, with a Meet Your Neighbor brunch held at the SaddleBrooke One Activities Center. The event was expertly hosted by Sally Nadeau and Karen Brooks, and about 46 of our neighbors attended. Each of them brought something wonderful to share. The fare included egg casseroles, ham, sausage, bacon wrapped sausage, salads of several varieties and breakfast pastries like muffins, monkey bread, cinnamon bread, scones and donuts. Did you know that some of the best cooks in SaddleBrooke reside in Unit 48? We do! The Social Committee provided the mimosas, coffee, soft drinks and orange juice. Jeff Hechter was the lucky winner of the 50/50 raffle. From what I gleaned of the conversation taking place, many of us will be traveling the country and the world this summer, and some of us will be happily enjoying monsoon season here. Thanks to many hands, set-up and clean-up went very fast, and then we were off to enjoy the rest of a perfect day that most likely did not include a big dinner. Many thanks to Sally and Karen, to the volunteers and the Unit 48 Social Committee (which by the way, is always looking for more members). Happy summer, all.

On May 17 under a nearly full moon, 36 Unit 49 residents started their evening with cocktails and tasty appetizers at the Mesquite before putting under the stars. Golfers and non-golfers brought their flashlights, putters and glow balls to attack the green. Each hole was lit with finger lights, and the players wore multi-colored glow necklaces so as not to trip over each other. Lots of laughing and groaning ensued as the teams tried to make a hole-in-one in three tries. Mostly, that didn’t happen, but everyone had a great time. Congratulations to Jim White who had two holes-in-one and the winning low score. He won two bottles of wine and immediately gave them to his wife. The first place winner with the team low score went to Bob Maruniak, Maureen Edelblut, Terry Fitzgerald and Dick Schroeder. Thanks to the Heatons, Baragonas, Marchands and all who helped stage this event. It was our ninth and still tons of fun!