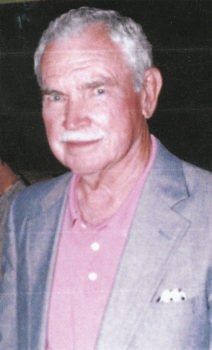 Paul was a World War II veteran. He was in the navy and served on a destroyer escort, the USS Ulvert M. Moore whose captain was FDR Jr. The Moore served in five campaigns in the Pacific and participated in the surrender ceremonies in Tokyo Harbor. In 2015, Paul flew to Washington, D.C. on an Honor Flight. Paul said the three-day experience was something he would never forget, i.e., the outpouring of thanks from school children and others who were visiting the war memorials that Paul and his fellow veterans were visiting.

Paul was a passionate fly fisherman. He was a member of the Final Frontier organization. He believed in keeping fit by ballroom dancing, doing yoga and exercising three times a week.

Funeral services and interment will be at the National Memorial Cemetery in Phoenix on July 26. 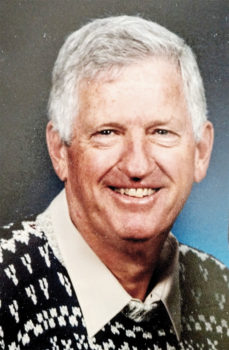 Ray Morris, 79, died Thursday, June 6, at Banner University Hospital in Tucson, AZ. Born in Tulsa, Oklahoma, Ray and his family moved to Boulder, Colorado in 1971 and began his career as an insurance agent with Allstate. Ray worked for Allstate until he retired in 1998. He moved to SaddleBrooke in Tucson with his wife, Shirley, to enjoy retirement. An avid golf enthusiast, he spent much of his retirement on the golf course. He also enjoyed square dancing, biking, traveling domestically and internationally, camping and spending time with his children, grandchildren and great grandchildren.

He will always be remembered for his charisma, integrity, presence, sense of humor and love for his family. He is survived by his three children: Coelene O’Kane (Sean), Kristy Humphrey (Matt) and Erika Lousberg (Rod). He also has two stepsons: Bradd Fanberg and Kevin Fanberg (Amy), 11 grandchildren and 11 great-grandchildren.

Ray loved his 20 plus years of retirement here in SaddleBrooke. We made so many dear friends while here and feel blessed for our time together. 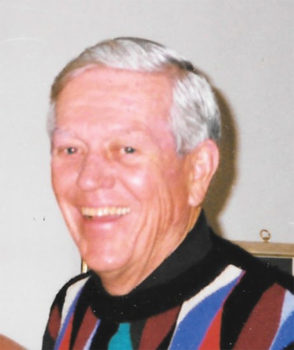 Ralph E. Werley, Jr. passed away peacefully on June 17, 2019, at the age of 93. Ralph was born in El Paso, TX and he grew up in the Riverdale section of the Bronx, NY. He graduated from Horace Mann High School, then enlisted in the navy while a freshman at Lehigh University; served in the Pacific and completed his Chemical Engineering degree in 1948. He married Carolyn Davis of Mt. Sinai, NY, in 1949. They were married for 27 years.

Ralph’s career spanned the chemical and petro-chemical industries and he rose through sales to senior management positions at companies including Olin, Ansul and Petrolite.

Ralph was passionate about his involvement with the Masons for over 50 years. He enjoyed being with family, playing golf, hunting, fishing and traveling.

Michelle Peterson of Arlington, VA and Ralph were married in 1981 and moved to Ladue, MO. They retired to SaddleBrooke in 1995, enjoying many friendships and activities here. Ralph’s daughter, Barbara, Master Sommelier, lives and works in the Dallas area; and his son, Jim, wife Suzanne, and daughters, Jessica, Alice and Amanda, live and work in the Chicago area.

A celebration of Ralph’s life will be held at a later date. Memorial contributions may be sent to www.HoraceMann.org or Horace Mann School, Alumni House and Development Office, 231 West 246th Street, The Bronx, NY. 10471.