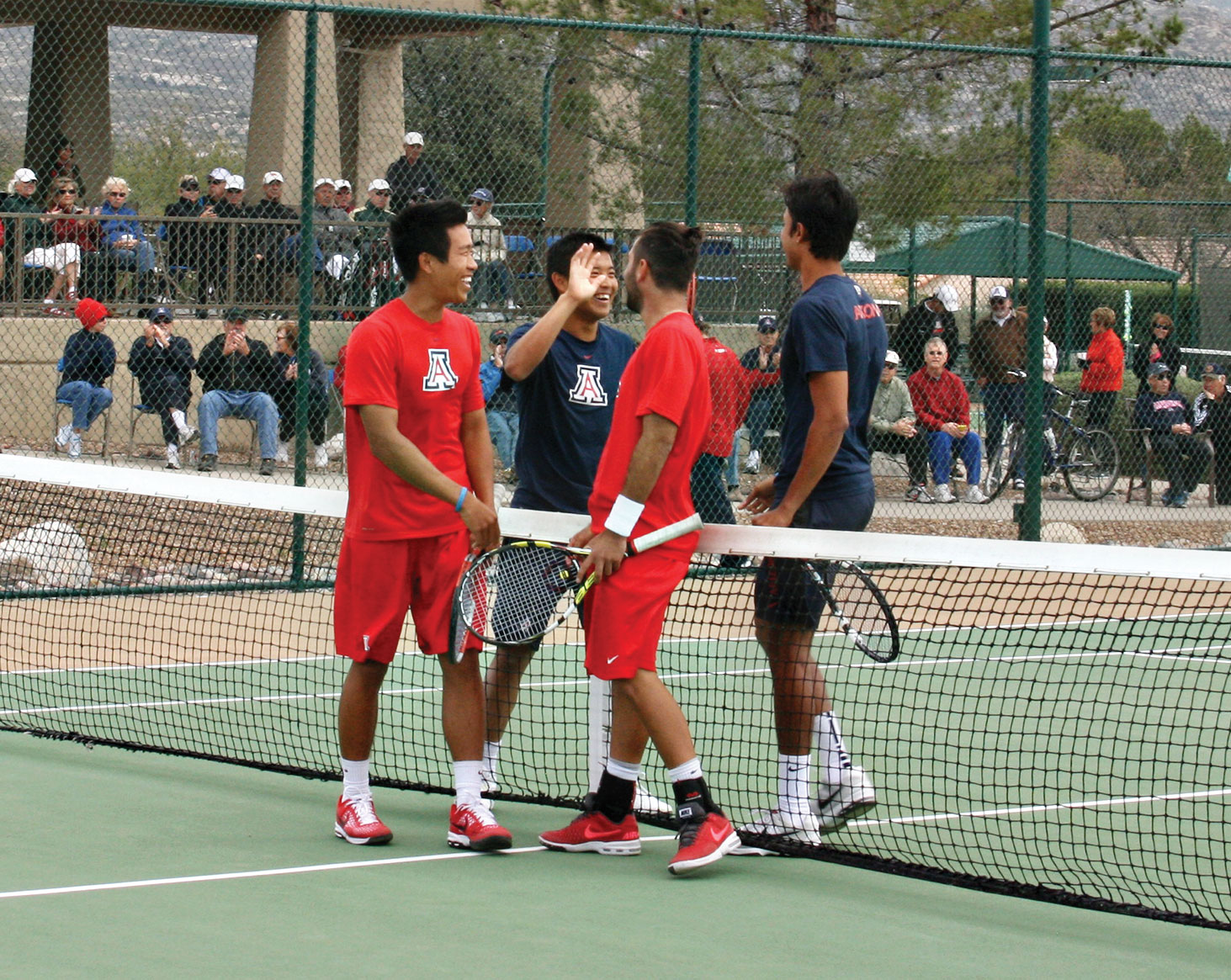 The SaddleBrooke Tennis Club played host to the University of Arizona Wildcats men’s tennis team as they played an exhibition match before a crowd of more than 120 spectators. Applause roared from the STC tennis center when 11 student athletes and one assistant coach delivered high caliber collegiate play for the entertainment of all SaddleBrooke residents and club members. Play was highlighted by singles and doubles matches that could be watched from seats on the patio or at courtside while we became Wildcat Country for a day.

TJ Duffy, STC president, arranged with Wildcats Tennis Coach Ted Berkowitz to have their team divided into Red and Blue components. They engaged in enthusiastic competition with incredible speed, quickness and power. It was a thrilling display of the game that has made SaddleBrooke famous and which provides our residents with an abundance of healthy exercise and friendly enjoyment.

STC provided the exhibition spectators with free Starbucks Coffee, rolled sandwiches, soft drinks, chips, popcorn and fresh fruit, all of which were served by STC volunteers. This nice touch recognizes the Robson ideal that makes SaddleBrooke a premier community for tennis players from around the nation. The SaddleBrooke Tennis Club brings that ideal to reality by making full use of our 19 lighted courts and games that are arranged by our friendly coordinators.

STC invites all residents to join the fun by visiting the office at the Tennis Center where membership forms are available and coordinators are ready to tell you about our club.