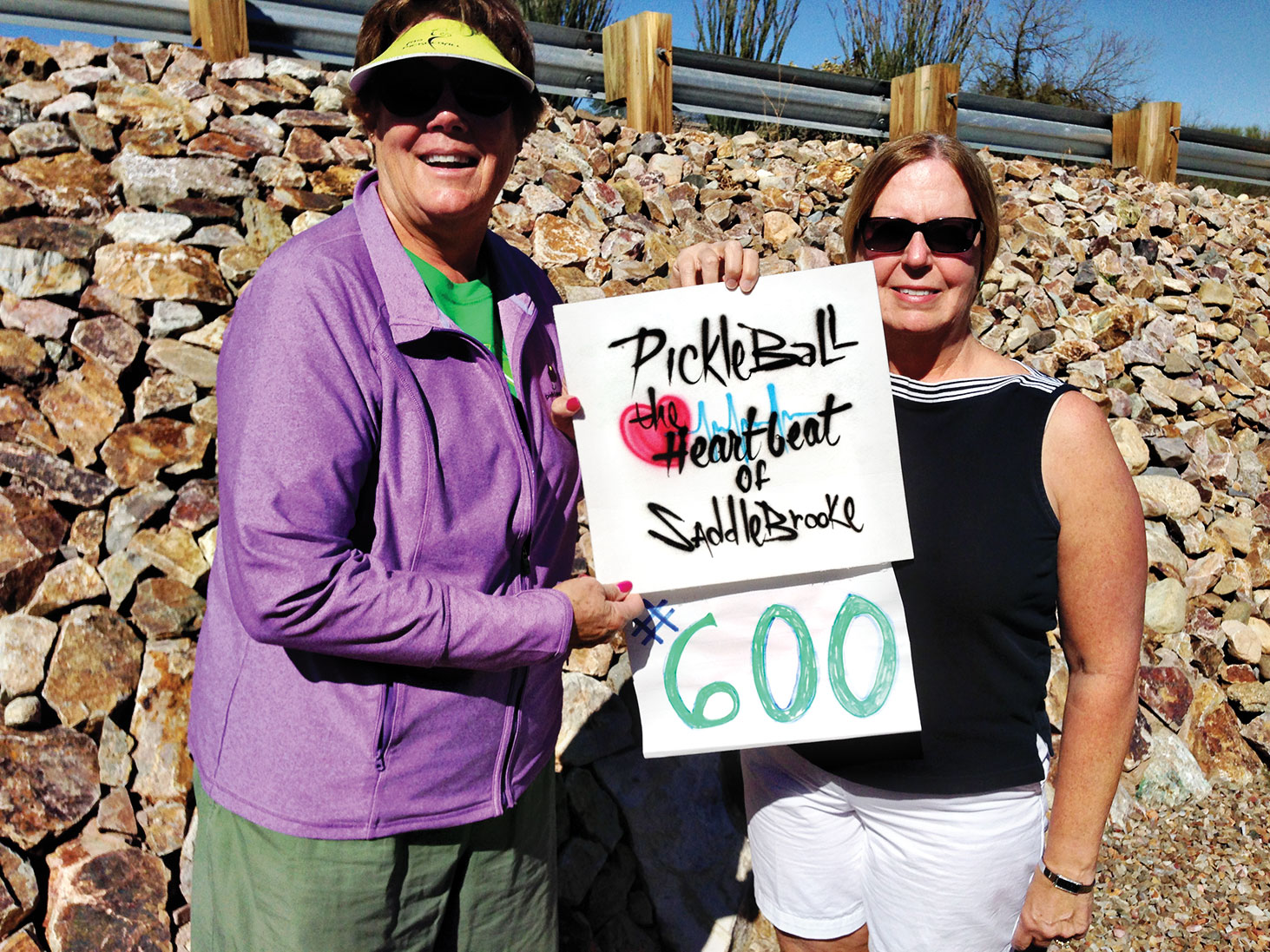 At the RidgeView Courts is the 600th member of SPA – Charla Blacker-Eggleston (right), being recognized and congratulated by SPA President Shawne Cryderman.

The SaddleBrooke Pickleball Association officially reached the 600 Member Milestone in early March. Close in December 2015, but not quite at 600, we waited to see what would happen after the yearly renewal of memberships in early January and how many by the month associate members would join during the winter. This is quite an accomplishment for SPA – having just had 242 members in November of 2011. Pickleball is the most desirable and one of the top amenities asked for by adults seeking a vibrant, fitness conscious active community.

Charla will be officially recognized at the SPA general membership meeting on April 22 as the 600th member of the SaddleBrooke Pickleball Association. Congratulations, Charla! A recent retiree, Charla was a Reproductive Endocrinology and Infertility Physician and moved to SaddleBrooke 18 months ago from Michigan. She and her husband, Dan Eggleston, enjoy dancing, especially West Coast Swing and Western Partner’s Pattern dance. Charla has been bitten by the Pickleball bug and plays each week. Her other hobbies include working with stained glass, making baskets, pottery, ceramics and silversmithing. She is also an avid archer.