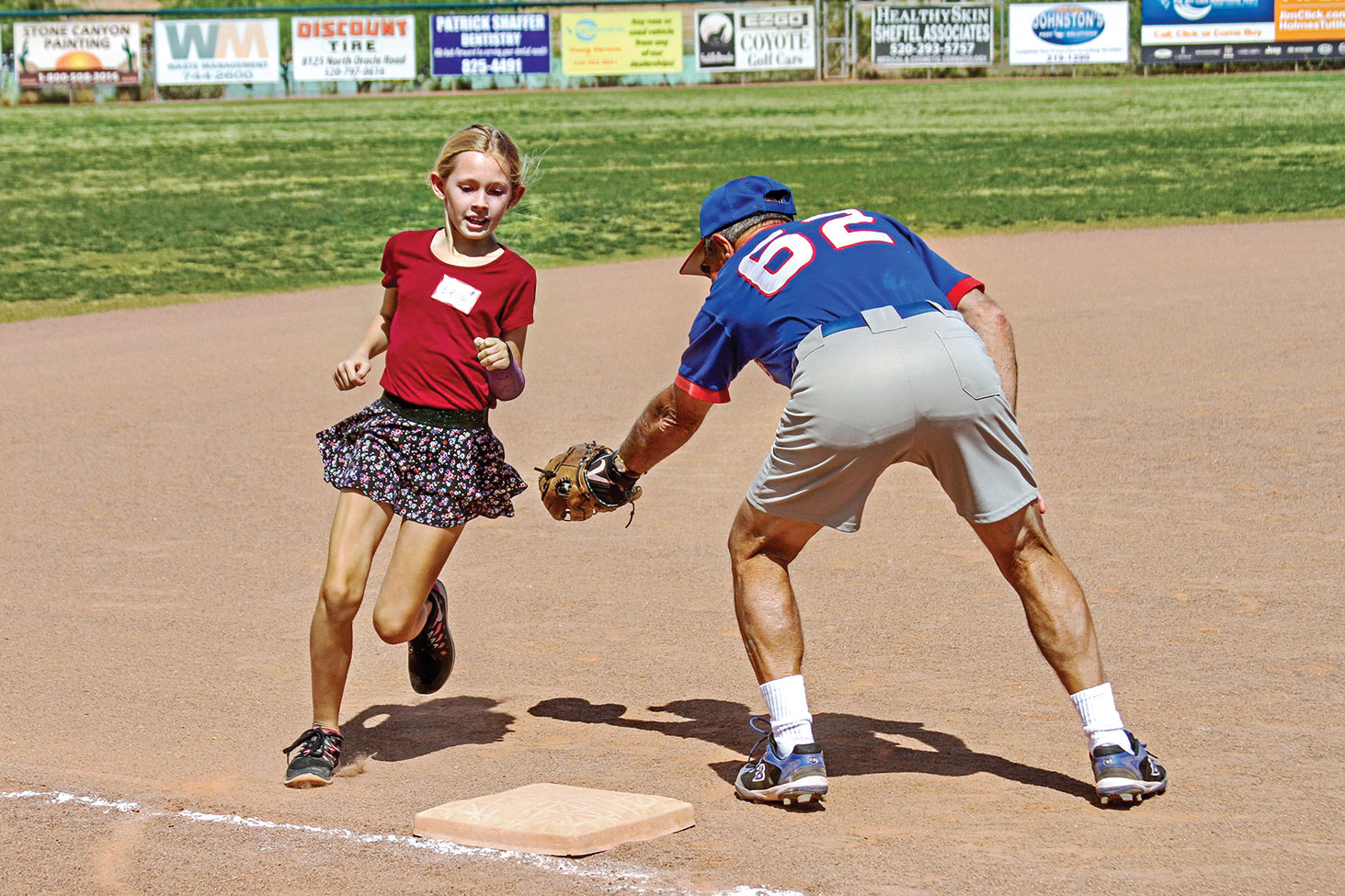 This young lady avoids the tag from Coach Q and she is safe at third base! Photo by Jim Smith.

The younger grandkids hit softballs either off a tee at home plate or were pitched to by Roy Stigers, Ron Quarantino or Steve Laureys. For many of the younger kids it was their first experience hitting a softball and running the bases. The hitting was spectacular and the speed running the bases hadn’t been seen on the SaddleBrooke Softball field since the Grandkids’ Day Games last Thanksgiving.

After each of the younger children had a turn at batting, all the grandkids, parents and grandparents gathered by the center field scoreboard for a group photo. The older grandkids then competed in a Home Run Derby type competition with points awarded for balls hit through the infield and into the outfield grass. And to close out the event, several of the parents and grandparents took a turn at bat with the older grandkids fielding the ground and fly balls.

The highlight of the warm sunny day may have been the ice cream served by Pat and Denise in the shade of the third base stadium seating area. Photos from the event will be available soon on the SaddleBrooke Senior Softball website, www.saddlebrookesoftball.com. SaddleBrooke or SaddleBrooke Ranch residents interested in joining SSSA should contact Ed Cussick at  [email protected]