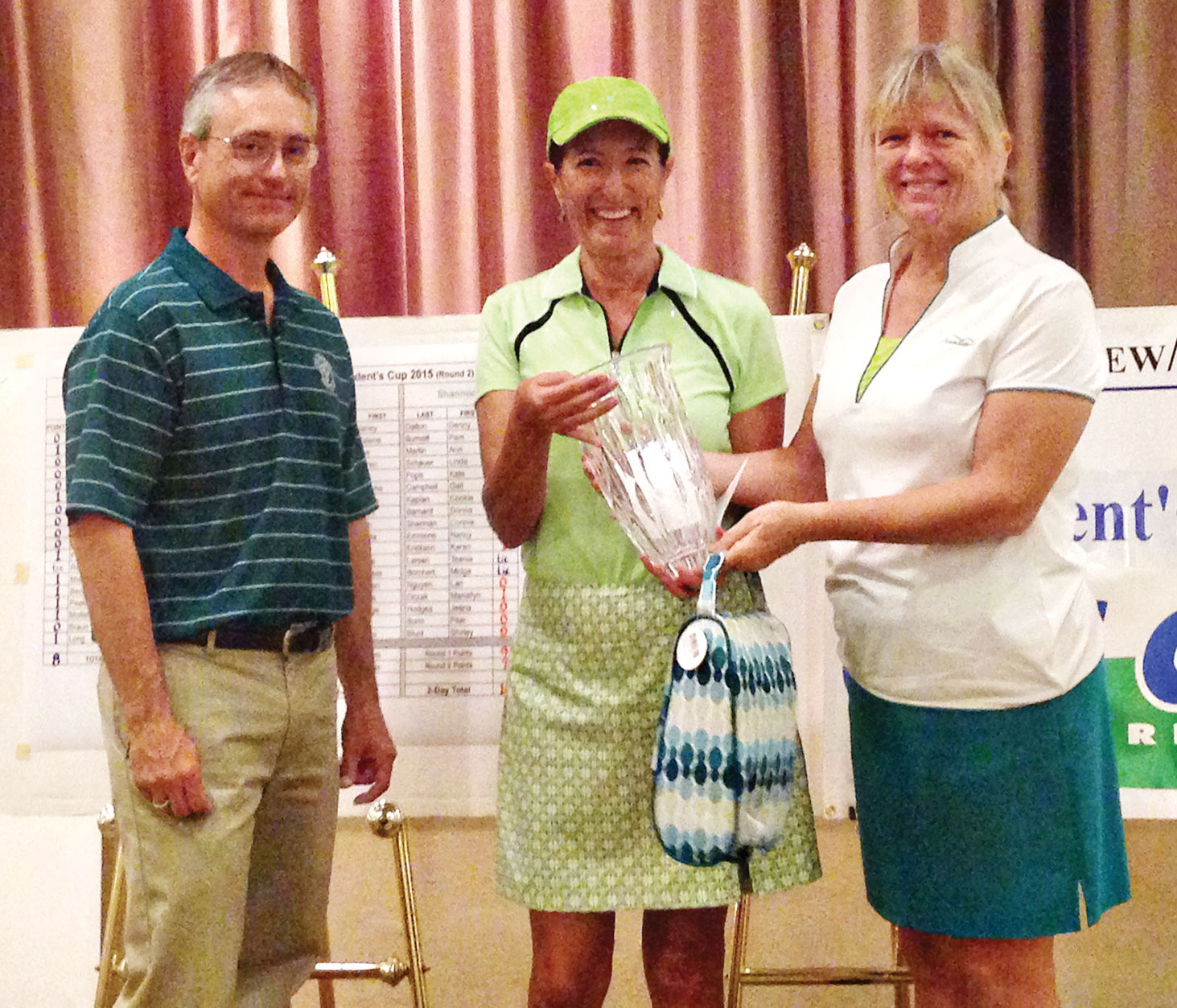 The MPWGA held its annual President’s Cup Tournament on March 16 and 17. The first day action was at the Preserve Golf Course. There was plenty of wind but in spite of that a number of red scores were posted. The first day saw quite a few red numbers posted, with the early leaders—. After the round the ladies enjoyed a wonderful lunch in the Sonoran Room at MountainView where scores were posted and the round discussed and replayed.

The second round was held at MountainView. Besides the title action there was also the Mystery Match Play which involved everyone in the battle of the Shannons vs. the Erins. This allowed everyone to be involved in a two day net match play – although they didn’t know who they were playing. There were many good net scores posted but in the end Pilar Borm was the winner with a net 137 for both days. A large playoff was narrowly averted since four golfers posted a net 138 for the tournament.

The match play between the Shannons and the Erins saw the Shannons take a small nine to eight lead after the first day. On the second day the Erins prevailed and they finished with a 17 to 16 edge.

The tournament luncheon was held in the MountainView Ballroom with a lovely lunch and a lot of scrutiny of the score sheets. The title sponsor (Golf Cars of Arizona) was recognized before the awards were handed out. Then Mike Jahaske announced the flight winners and the President’s Cup winner, Pilar Borm.