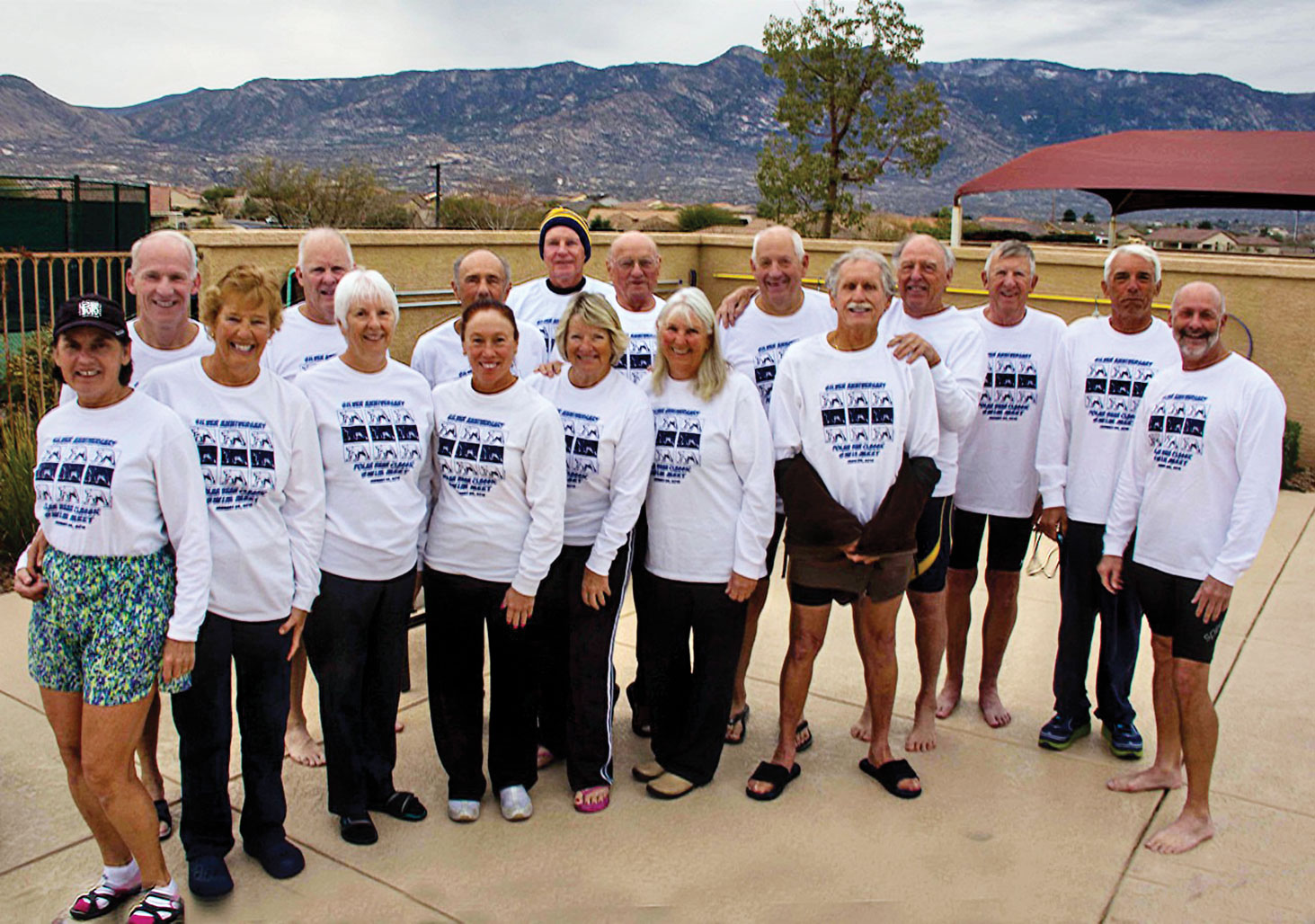 The SaddleBrooke Swim Club gears up for the final event of the season.

SaddleBrooke Swim Club assembled a relatively small team of 28 swimmers to race at the twenty-fifth annual Polar Bear Swim Meet hosted by Tucson’s Ford Aquatic Swim Club at University of Arizona on January 25. While official team and individual scores were not tabulated, indications are that the team finished a close second to the host team, Ford Aquatics, which fielded a much larger team of 44 swimmers.

As the first meet of the swim season, this event gave the swimmers the opportunity to evaluate their performance against past race results in their various events and identify areas that might need additional emphasis in the team’s daily training sessions at the DesertView pool. In addition, several team members who plan to compete at the U.S. National Meet in San Antonio in late April were able to attain the necessary qualifying times for the national meet.

Individual swimmer accomplishments are too numerous to mention here, but several particular achievements are especially noteworthy.

Allison Lehman, a relatively new team member, had a day that most swimmers can only dream about. Starting the early morning with the brutal 1000 yard freestyle, she smoked the event, beating her previous best time by an astounding 55 seconds! Most swimmers would relax after such a performance. However, Allison persevered and excelled in her next three events, the 50 and 200 yard backstroke and the 500 yard freestyle, surpassing her previous best times in those events as well. Coincidentally, the world’s best female swimmer, Missy Franklin, was in attendance as a spectator at the meet and we would like to believe that Missy was as impressed as Allison’s teammates by Allison’s performance.

Two of the team’s three West Point graduates competed against each other in another exhausting event, the 400 yard IM, or individual medley. This event requires the swimmer to race 100 yards in each of four strokes: butterfly, back, breast and free. Only a few yards separated our two swimmers, Hop Bailey and Carl Marriott, for most of the event, but Hop found another gear in the final 50 yards and pulled away to win the event. The third West Pointer (and noted triathlete), Rodger Bivens, while not competing in the 400 IM was not counted AWOL as he did compete in the Mile swim.

The swim team will now gear up training for the final event of the season, the Arizona State SCY (Short Course Yards) Championship to be hosted by the SaddleBrooke Swim Club at the Oro Valley Aquatic Center April 10 through 12, 2015.