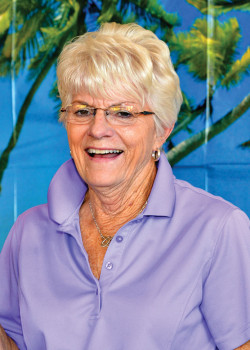 The month of March means it is time for our annual Club Championship and we had a great one. The Tournament is a three day event played on all three courses. It is a low gross event so everyone plays with ladies with similar handicaps. To make it fun for all, the Stableford scoring system was used. This system uses a formula which gives positive points for each individual while keeping track of handicaps and strokes. The competition was great and our new Club Champion is Janet Rasmusson.

In addition to Janet the following are also winners:

Congratulations to all the winners and special thanks to the two ladies who put the whole tournament together, Charlotte James and Char Crossman. Thanks also to photographer Bob Koblewski.