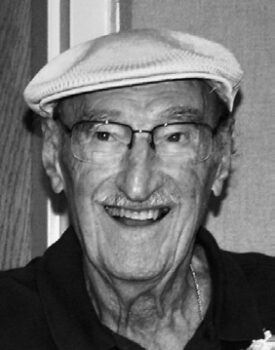 Lee lived a long, healthful, prolific, and vibrant life until his passing on May 22, at age 96. Born of Italian immigrants Emilio Fiorino and Ernestina Tessitore Fiorino in Little Italy, New York City on Jan. 18, 1925, he served with the 204th Combat Engineers in Europe during WWII. After the war, he met the love of his life, M. Madeleine Turgeon, and married her on Sept. 24, 1949. As a young draftsman, he was selected to draw up safety upgrades for the Empire State Building’s observation deck. Recruited by renowned Denver architect Temple Buell, he moved in 1955 from NYC to Colorado to realize his ambition of becoming a prominent architect himself, and to raise a family in the wide-open spaces of the West. In 1965 he designed and built a custom home for his fast-growing family near Parker, Colo. His several architectural design creations include Denver’s Tiffany Plaza. He retired to Tucson, Ariz., fulfilling a lifelong dream of living in the desert. There he continued his passion for photography and watercolor painting, receiving several local and national awards for his work. His deep, abiding love and appreciation of music was a hallmark of his life and inspired the same within each of his children. A man of impeccable integrity, he was dearly loved by many and will be sorely missed. He is survived by his wife of 71 years, Madeleine, their five children, Robert, Paul, Michelle, John, and Ted, 11 grandchildren, and five great-grandchildren.

In lieu of flowers, donations can be made in his name to the Rocky Mountain Down Syndrome Association at www.rmdsa.org/donate, which happens to be located in the Majestic Building that he designed.

Celebrations of Life will be held on Saturday, July 10, at 2 p.m. in Tucson, Ariz. at the SaddleBrooke MountainView Ballroom and Sunday, July 18 at 4 p.m. in Denver at the Eisenhower Chapel, 293 Roslyn St. For more information about Lee or the Celebration of Life, go to bit.ly/EEFiorino. 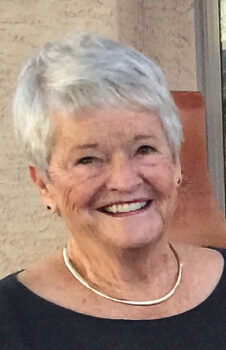 Jennifer Stovall passed on March 29, 2021 of natural causes at her SaddleBrooke home. She was just 78 years young. She lived her early years in Catford, England.

Jennifer was the devoted wife of Ron Stovall. They were newlyweds and the love of each other’s lives! She will always be remembered for her quick wit and joyful demeanor. She loved cooking for company and having parties. A Celebration of Life was held on May 19 for her neighbors and friends. A balloon was released as we said goodbye. A paver has been placed outdoors near the fireplace at the Activity Center in SaddleBrooke One.