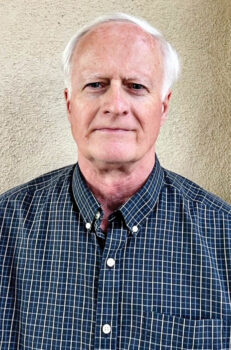 My hearing loss is due to Ménière’s Disease. Ménière’s is a rare inner ear disease that affects approximately 650,000 people in the U.S. Onset usually occurs between ages 40 and 60. Possible theories as to the cause of Ménière’s are constrictions in blood vessels, viral infections, allergies, genetics, and autoimmune reactions. Besides hearing loss, Ménière’s causes vertigo and tinnitus and usually affects only one ear. However, in approximately 20% of the cases, it affects both ears. I am one of the unlucky 20%.

While vertigo spells are a significant issue with Ménière’s, I would like to focus on my hearing loss as my Ménière’s has progressed. It first only affected my right ear. Initially I had bad days in which the sounds in my right ear were very distorted, and good days in which I could hear very well. Ironically, some sounds such as a motorcycle passing by seemed to be much louder to the point of being painful.

Initially a hearing aid was not an option because it would have been too hard to program for my fluctuating hearing. However, as my hearing worsened, I decided to purchase a hearing aid for my right ear, which did provide some help with amplification of sounds.

Eventually hearing tests demonstrated that the understanding in my right ear had decreased significantly. My doctor recommended that I consider a bicros hearing aid. While it may appear that I have two hearing aids, the right instrument is a microphone that picks up sounds from the right ear and sends them to the receiver/hearing aid in the left ear (my good ear).

About eight years after being diagnosed with Ménière’s in my right ear, I learned that I also had Ménière’s in my left ear. As was the case with my right ear, the hearing in my left ear gradually declined over a period of a few years. It got to a point that it was difficult to hear. I reached out to my doctor and asked to be evaluated for a cochlear implant. Unfortunately, I did not qualify for an implant, but the evaluation did demonstrate that I would be better off using two hearing aids instead of the bicros system.

My current hearing aids are Bluetooth compatible, which allows me to connect directly to my phone and TV. I purchased these hearing aids last summer through a local audiologist who helped me select the best model to meet my needs. Knowing that I have trouble hearing in crowded situations she recommended that I also purchase a small disc with six microphones that I can place on the table. It connects to my hearing aids via Bluetooth and helps me pick up conversations in noisy environments. I would recommend working with an audiologist if you are considering purchasing a hearing aid.

I have joined the Discussion Group for Better Hearing to learn from the experiences of others with hearing loss. I would encourage anyone with hearing loss to join. If interested, contact Jennifer Jefferis at [email protected] orby phone at 360-909-6212 or Maria Menconi at [email protected] Contact Maria to join upcoming 10 a.m. Zoom meetings on Thursdays, March 11, April 8, and May 14.