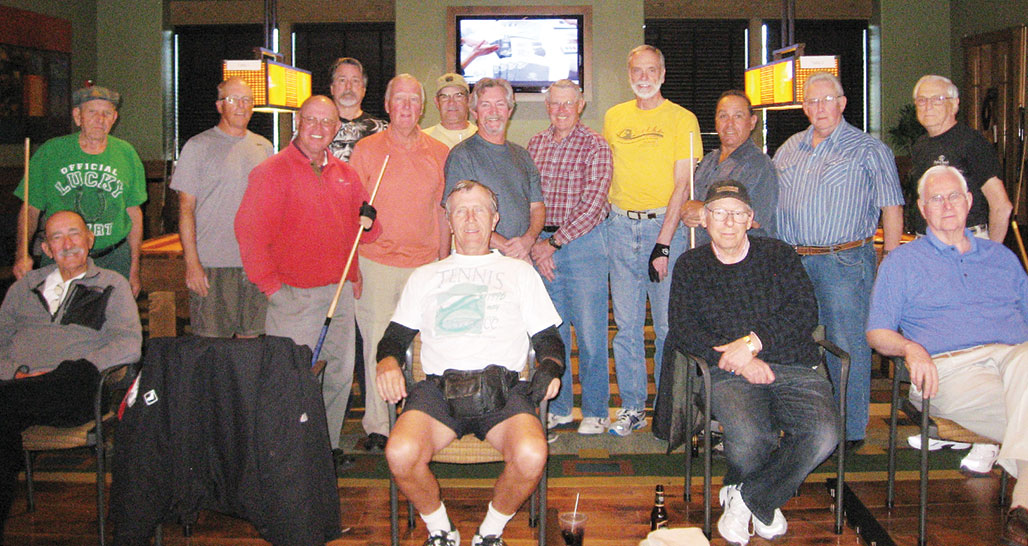 The day started with a players meeting held at 12:45 p.m. to explain the tournament format and rules. The tourney was a double elimination format which means you have to lose two matches before you are out of the tourney. We also held a raffle in which three billiard gloves, provided by the tournament directors, were given away to the participants. Play commenced on two tables at 1:00 p.m.

Gary Rowell’s First Place finish was very much deserved as Gary was the most consistent player all day. He got off to a quick start with wins over Tom “Half Jacket” Barrett, Cliff “Lucky Shirt” Terry and Richard “Loose Rack” Galant before Joe “Fast Eddie” Giammarino sent Gary to the loser’s bracket. Gary and Dominic faced off in the loser’s bracket final where the winner would go to the finals. Gary outlasted Dominic and headed to the finals to meet Joe. Gary had to beat Joe twice to win the tournament and Gary was up to the challenge and a well-deserved First Place finish. A big high five to you Gary, our SaddleBrooke Ranch 8-Ball Open Champion.

A fun day was over after three and a half hours and 35 games of 8-Ball. 18 pool players had competed, won some, lost some and met new friends that shared their passion. That is a good day!