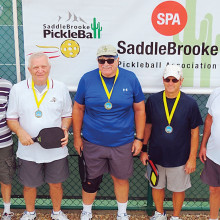 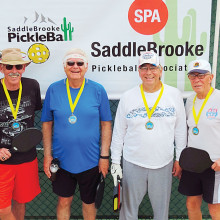 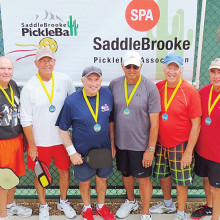 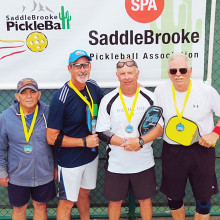 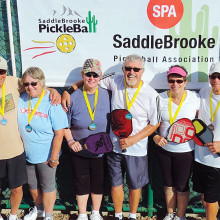 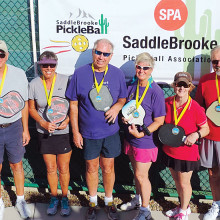 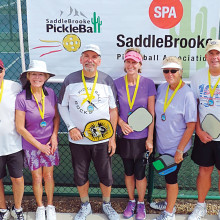 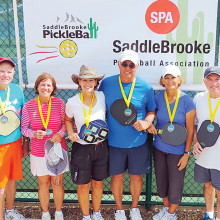 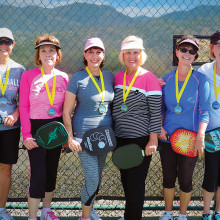 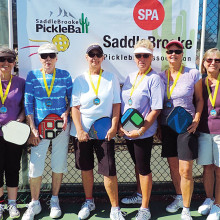 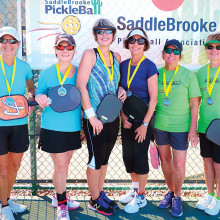 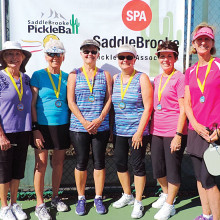 The weather was good, the participants – great!

Thus sang the SPA Tournament Directors, Diana and Pete Giljohann and Nancy Shelton at the completion of the tournament held February 19 to 21 at the SaddleBrooke RidgeView Courts.

76 teams participated in Men’s, Women’s or Mixed doubles categories, according to their USAPA skill level. The 118 participants played either a double elimination or round robin tournament format, depending how many teams were at a particular skill level. A bronze, silver and gold medal was awarded for each skill level in all three categories.

The first matches began at 8:30 a.m. each morning with play continuing until late afternoon. The weather was perfect all three days, while registrar Lois Violanti and Jean Labovitch assisted Diana Giljohann with keeping the game and match scores posted. Lois Violanti, Wendie Nelson and Blake Benedict were the runners to the far courts, keeping the games moving and informing players of their next court assignment.

At the completion of play by each skill level, medal winners were announced by SPA President Shawne Cryderman and medals bestowed on each winner. It was an enjoyable experience for all involved.