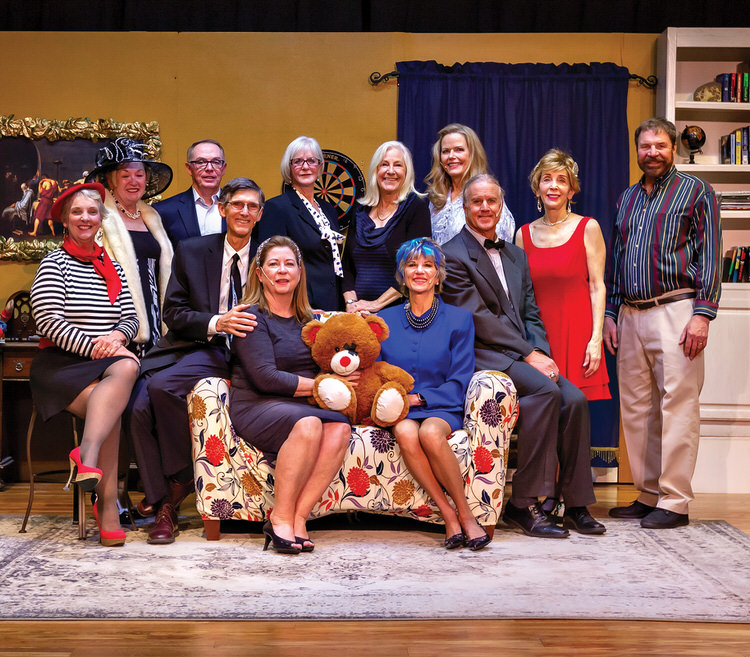 The Curious Savage cast and director

Hope You Were at the Spring Dinner Theatre Show!

Did you make it? Community Circle Players (CCP) produced the comedy The Curious Savage, written by award-winning playwright John Patrick who is also known for Three Coins in a Fountain and High Society. The dinner production held on the MountainView stage delighted SaddleBrooke audiences this March.

Hope you had a chance to watch and worry as eccentric (hence, curious) Mrs. Savage was committed to a sanatorium by her “normal” stepchildren and then witness the heartwarming support offered by the Cloisters’ psychiatric staff and residents.

Who will ever forget the compulsive liar, one-eyed bear, and violin screeches, or the cast members pacing along the edges of the rug, announcing, “I hate everything,” and frantically searching for Mrs. Savage’s financial papers?

Here is just a sample of the feedback received: “Congratulations! You were amazing. My table had loads of fun with the dinner theater format.” “CCP’s dinner and theatre show were great!” “Just wanted to tell you how much we enjoyed the play. You and the entire cast did a fabulous job, and I hope there will be more in the future! We are quite lucky to live in a community that can offer this type of entertainment! P.S., your costumes were great!”