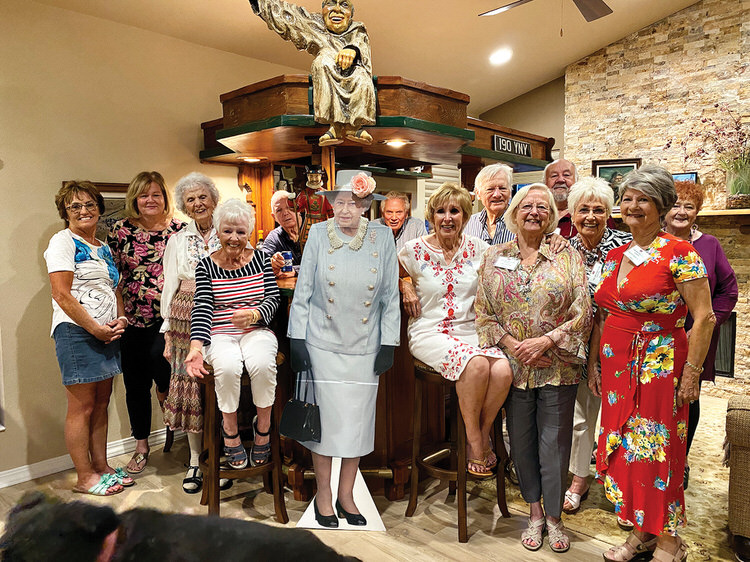 It was a lovely summer’s evening when 12 members and a guest of the British Club gathered together on Sunday, April 10, to enjoy a British Club Afternoon Tea outside in the garden at the beautiful home of Susan and Jim Biestek. Ethel Willmot of Pudding Lane Kitchen catered the event, with couples and singles sharing a boxed lunch for two, which consisted of scones, clotted cream, strawberry preserves, sausage rolls, finger sandwiches, cheesecake, chocolate cake, and a coconut macaroon, etc. Susan had prepared a refreshing fruit salad, and her brother Chris and partner Judy brought delicious deviled eggs, complimenting the entire menu de jour. Tea was served, of course, with the option of members bringing their own beverage if they preferred.

Everyone thanked Susan and Jim for hosting a very delightful and enjoyable afternoon tea in their wonderful home here in SaddleBrooke!

The British Club has resumed its games afternoons every second and fourth Friday of the month. They will have a social event in the bar area at SaddleBrooke clubhouse, which includes the following activities: canasta, Mexican Train, and maybe bridge from 1 p.m. until around 4 p.m. This is followed by a social hour and a bar meal.