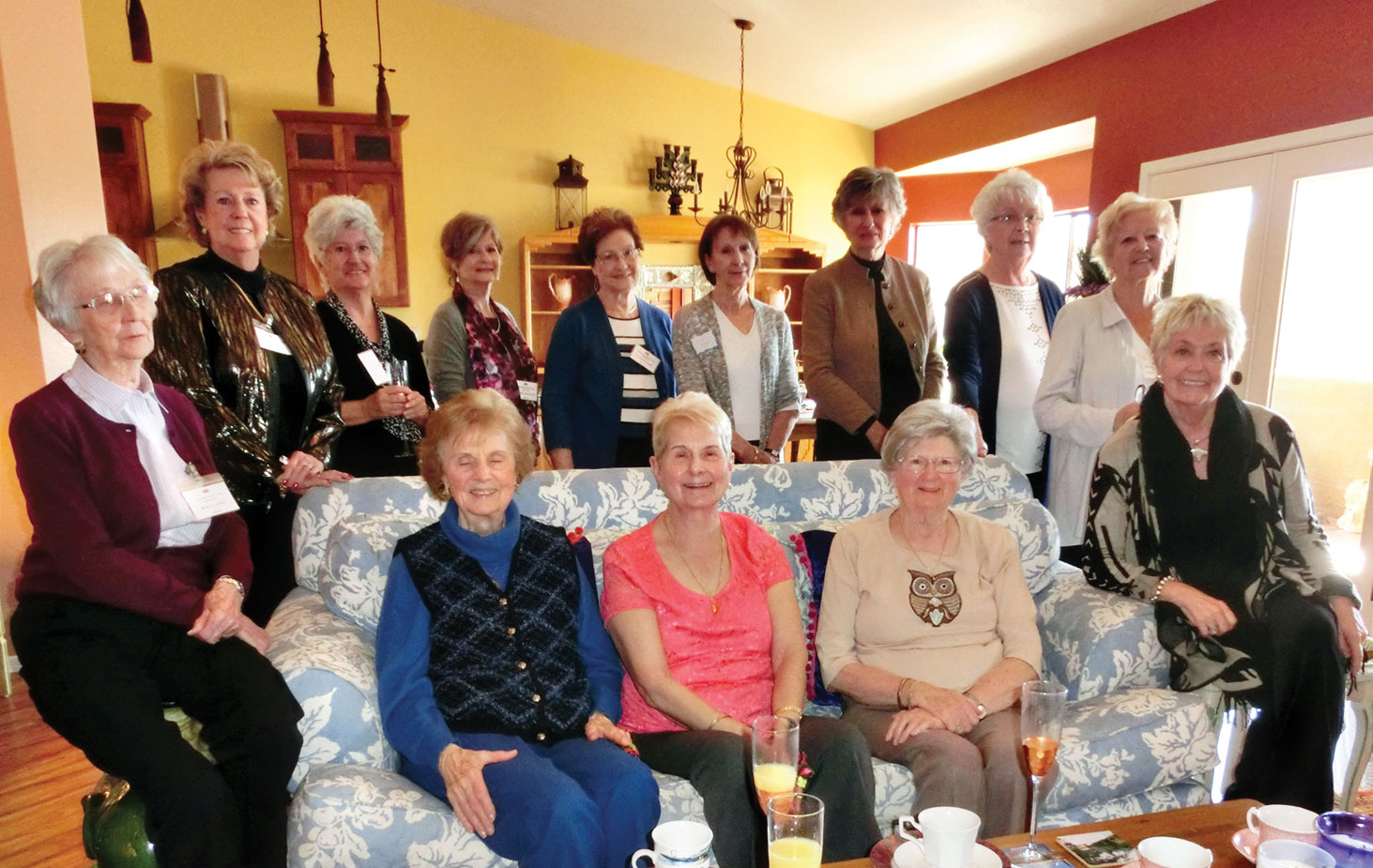 The British Club gathered at the home of Ethel Willmot for coffee and a book exchange.

With snow on the mountains and another sunny, crisp February morning in SaddleBrooke, a coffee morning and book exchange was held at the home of Ethel Willmot on Saturday, February 6. Thirteen members of the British Club had fun catching up with tales of their daily lives and plans for the year ahead. Ethel served a selection of delicious, homemade sausage rolls, current scones with clotted cream and strawberry jam, banana bread, cookies, coffee and tea. Enjoying a Mimosa toast to happy, healthy days in the year ahead, everyone thanked Ethel for inviting them into her home for this very enjoyable coffee morning and book exchange.

Membership is open to any person who was born in Britain or The Commonwealth or holds or has previously held a British passport and is a current homeowner of SBHOA1, SBHOA2 or SaddleBrooke Ranch. The member’s spouse or partner may be of any national origin.