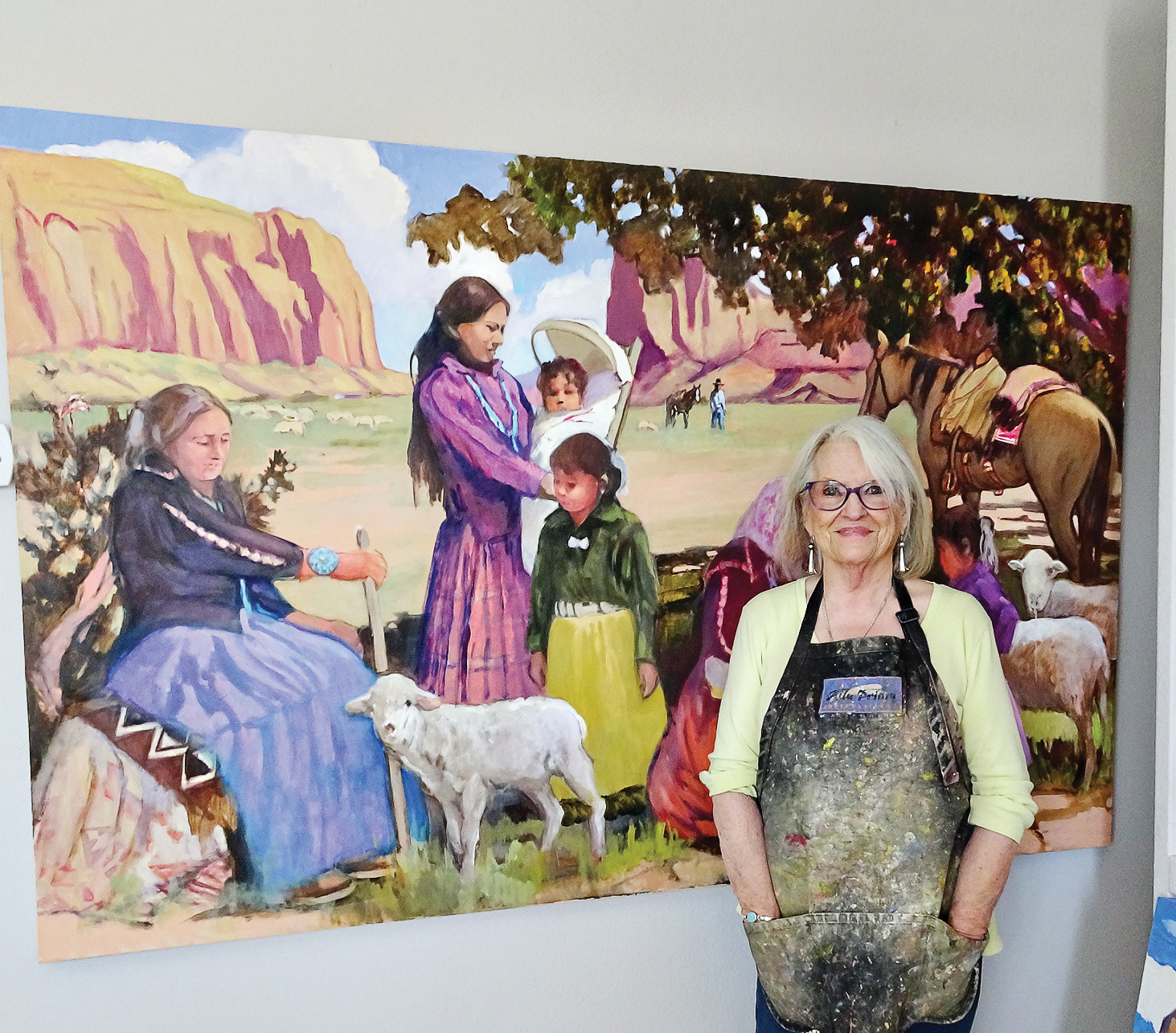 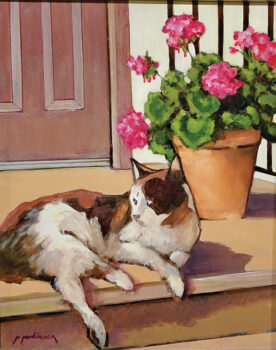 “I like competition,” declared Pat Parkinson. “There’s a lot of talent among the members of the SaddleBrooke Fine Arts Guild and that got me inspired,” she reflected on the One Image, No Limits contest recently held among guild members. Parkinson’s entry, Out the Door, won an award of excellence in the intermediate/experienced category for artists.

“But there was a challenge, too. I’d already done a painting of a door and I needed to find a new perspective. I knew other entrants would be focusing on the door and it took me a long time to come up with an idea,” she said. “When I enter a show, I’m always thinking, how can I distinguish myself from the crowd? I’m always looking for a different approach. I guess that’s my trademark,” Parkinson said.

Contest Judge Laurie Brussel agreed, “[She] used an image with a different viewpoint. She didn’t just stick to just the door. The work has good use of color and composition.”

“Once I came up with having a cat at the door, I got excited to begin working on the painting,” Parkinson noted, adding that it only took her a few days to outline the work and figure out the elements that were going to be in the painting. “I work in oils and can rework things as need be. Sometimes I get stuck because something isn’t working. Then I start going through all my resources to figure out how to resolve the issue,” she explained. “I get disappointed when something doesn’t work, but then I fight through it, push forward. Sometimes I do a different version. It’s a process. It’s not glamorous and it isn’t easy.”

When she’s finished, she often goes back and comes up with other ideas. “My mind is always coming up with new approaches. I wish I’d thought to open the door to let the cat out. That would have added another dimension. But the painting was done and ready to submit, so I didn’t do it,” she smiled.

“I was really excited to see all the entries to the show and the different ideas the entrants came up with. Participants showed lots of flexibility in exploring the subject,” she added. Parkinson also appreciated that artists of all levels took part. “I think it was a real confidence-building opportunity, particularly for our less experienced artists. They all did a great job.”

Parkinson said that painting was what has sustained her during the pandemic. “I don’t know what I would have done if I hadn’t been able to paint. I paint almost every day. I start at 8 a.m. and work until about 2 p.m. I always have several pieces in progress and always have wet paintings in my studio.”

“It takes guts to get out there and create something,” she added. “You have to face the possibility of rejection when others see your work. You can’t count on success so you have to create for yourself.”

“We have the cream of the crop of artists right here in SaddleBrooke and that helps me work harder to be creative and push myself to get better. The Guild offers a great way to find that support,” she summed up.