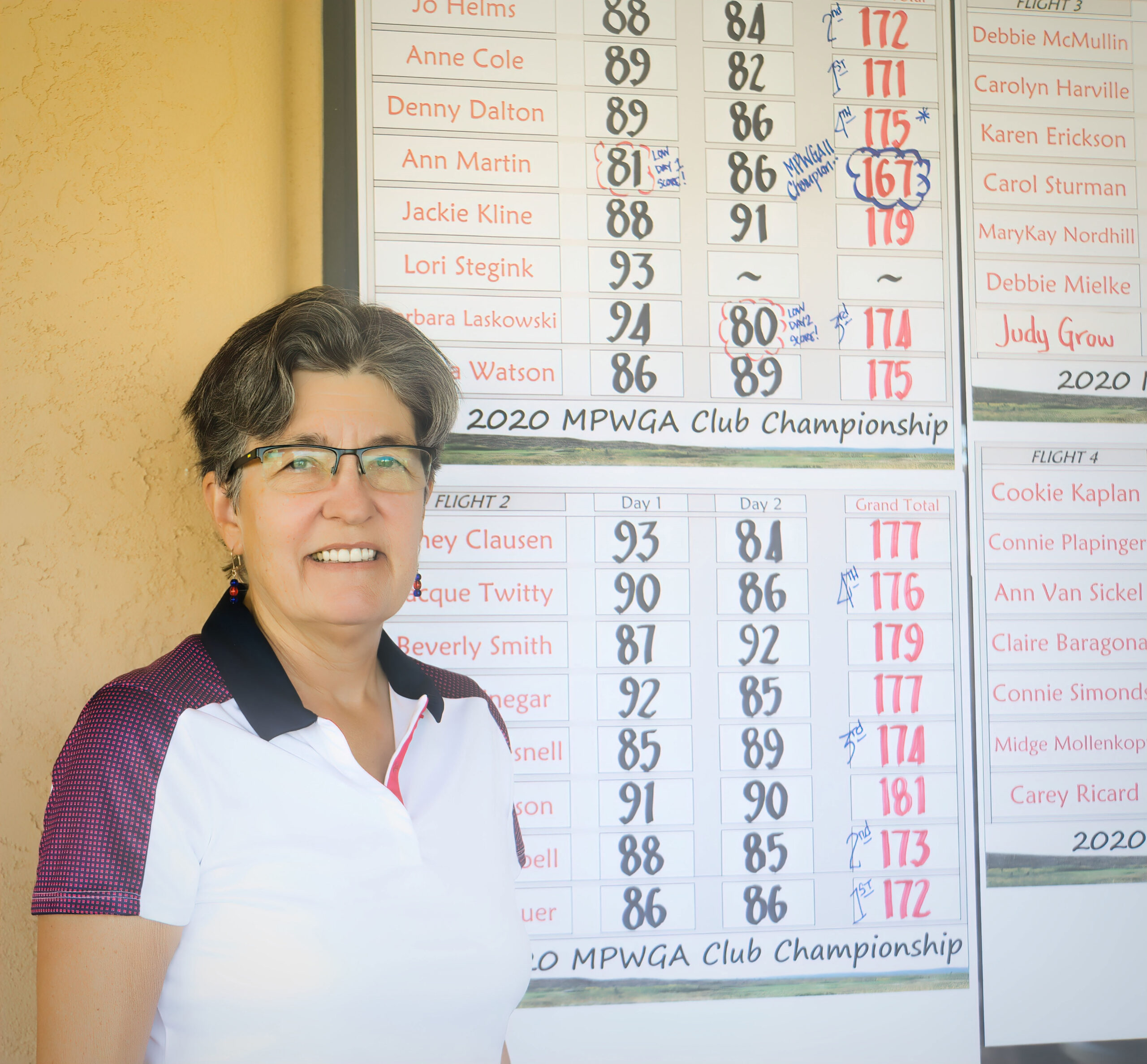 Since its origin in the 15th century, it has been called names like goiff, gowfe, gouf, and golve. Those who lament that the best four-letter words were already taken often pronounce it backwards. On a bad day, some just call it goof. However on good days, such as Nov. 3 when Ann Martin shot 81 at The Preserve, and 86 at MountainView the next day for a two-day tournament total of 167, well, everyone just called it golf. Really, really good golf. In fact, 2020 MountainView/Preserve Women’s Golf Association (MPWGA) Club Championship golf.

Our two-timing golf guru double-dipped in the championship bowl and came up with a second scoop of first place. No doubt about it, Ann can tell us a thing or two about golf, and just putting her two cents in, she claims it’s easy if you play in beautiful weather and make lots of pars. And this little rainmaker walked away with a $125 prize purse in Tucson’s driest Monsoon season since 1924!

The 36-hole gross score league championship is open to all levels of play, divided into flights using the new World Handicap System. The champion must have played from the red tees, but in an effort to encourage players of all abilities to participate, the forward flight playing from the red/yellow tees was added to the event. This increased the fun by nine players and a fifth flight. Each flight had four winners, paid out in green stuff to spend in the golf shop. The first place scores for the fights within the flights, and each earning $90 were for flight 1: Anne Cole 171, flight 2: Linda Schauer 172, flight 3: Mary Kay Nordhill 176, flight 4: Ann Van Sickel 177, and forward flight: Jeana Hodges 188.

The only thing better than two consecutive wins would be three. As our current Rules Chair, Ann probably doesn’t need reminding that there is nothing in the U.S. Golf Association rules say one can’t win a tournament three years in a row. We hope the MPWGA’s home course penalty rule requiring the winner to coordinate the event next year won’t deter Ann from trying, and that she will find it as easy as one-two-three.

Two rounds of applause for our title sponsor Healthy Skin Dermatology for their continued loyalty. As always, a double dose of appreciation for our two pros, Matt Hudson and Mike Karpe, and their team who make all this fun happen. We are grateful for our lives here in the SaddleBrooke community where we live life out loud, outdoors, and out golfing.