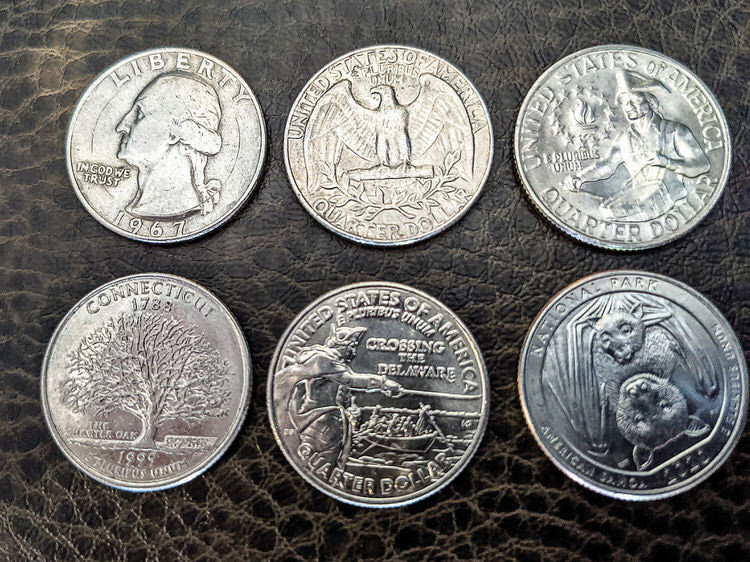 With the ever-increasing use of credit cards, PayPal, Bitcoin, Ethereum, cryptocurrency, and other digital finance, perhaps you haven’t even noticed design changes to several of the pocket coins we still use in everyday commerce. Just one illustration of the changes is the 25-cent piece (quarter dollar). Since 1932, the obverse/front of the quarter, showing the head of George Washington and the year of mintage, hasn’t changed, but the eagle, reverse/back of the coin, has made some striking changes since 1999.

In 2021, the U.S. Mint facilities in Philadelphia and Denver struck the Tuskegee Airmen National Historic Site quarter dollar, the 56th and final release under the America The Beautiful (ATB) Quarters Program. The only other quarter to be produced this year (2021) depicts General George Washington crossing the Delaware.

The ATB Quarters Program started in 2010 and was preceded by the popular 50 State Quarters Program from 1999 through 2008. Following the state quarters, a new series of quarters in 2009 recognized the District of Columbia and the five U.S. territories: Puerto Rico, Guam, American Samoa, the U.S. Virgin Islands, and the Northern Mariana Islands. However, the mintage of those 2009 territorial quarters was about one fifth, or less, than the quantity of the state quarters.

Quantity produced (mintage by each U.S. Mint), metal composition (clad versus silver), and condition (circulated, uncirculated, or proof) are important variables which affect the numismatic value of any coin. These are just some of the fun facts you can learn about by attending a SaddleBrooke Coin Club meeting. Educational presentations and discussions are a core of our meeting format.

After a long hiatus, the SaddleBrooke Coin Club will resume meeting on Veterans Day, Nov. 11, at 6 p.m. in the Sonoran Room at the MountainView Clubhouse. The special educational presentation will be by numismatist COL Bill Myers, a retired Army combat surgeon, who will address currency items made for U.S. Military use only. Our meetings are open to any interested SaddleBrooke resident, and you need not be a club member to attend. For any further information, the point of contact is Terry Caldwell, SaddleBrooke Coin Club president, at 719-246-1822 or [email protected]