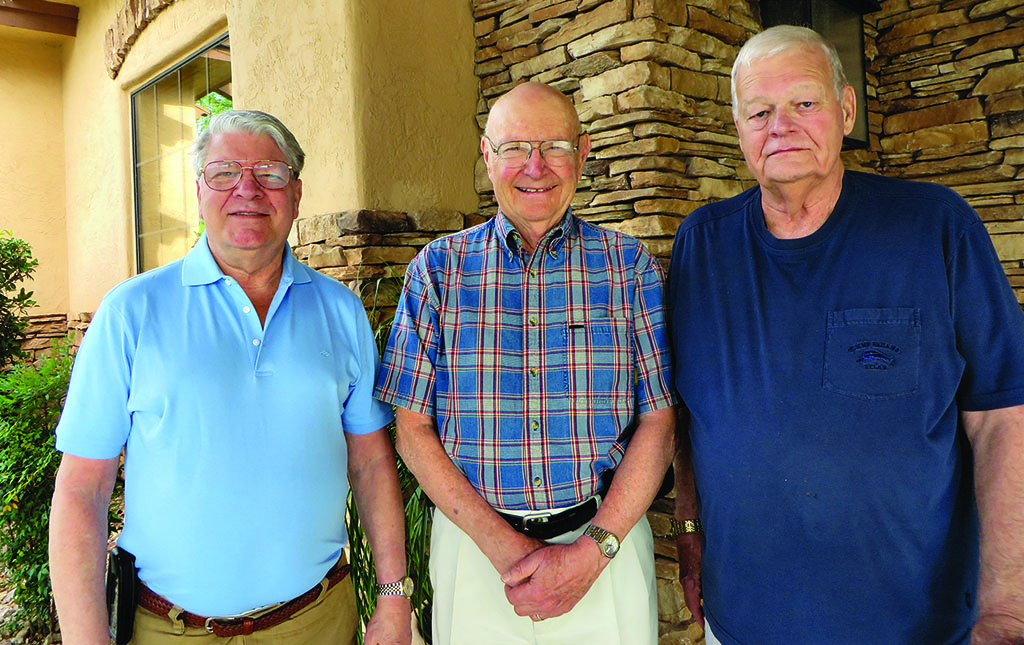 The Golden Eagles, a group which supports the Boy Scout program in the SaddleBrooke area, will again have John Wiley as its leader for the coming year. Assisting him as co-chairs will be Roger Bogard and Dave Stanard.

An officially approved organization of both homeowners associations, the major focus of the group is its annual fund drive. Over the years, in excess of $180,000 has been raised, and all funds go to the Catalina Boy Scout Council which is based in Tucson. The council in turn uses these funds to assist the Scouting program in the SaddleBrooke area.

Wiley has been a resident of SaddleBrooke since 1995 and has been involved in the Golden Eagles since its inception some thirteen years ago. Stanard and Bogard have been active for several years and both are past chairs. Wiley also is a past chair, having served from 2006 to 2008. Joining them as members of the Board of Directors are Boyd Carpenter, Jim Holman, Dick Kroese and Judy Stanard.