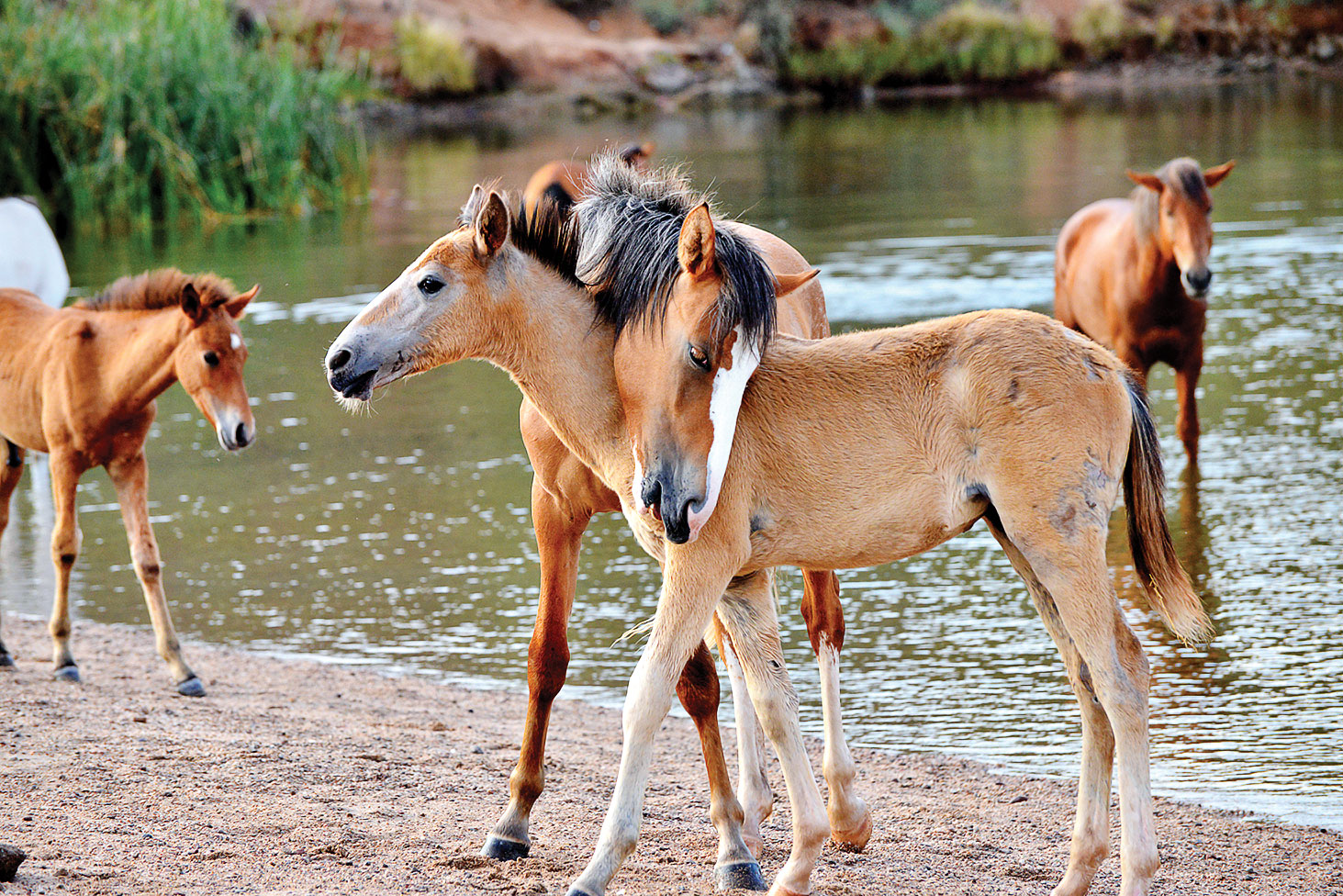 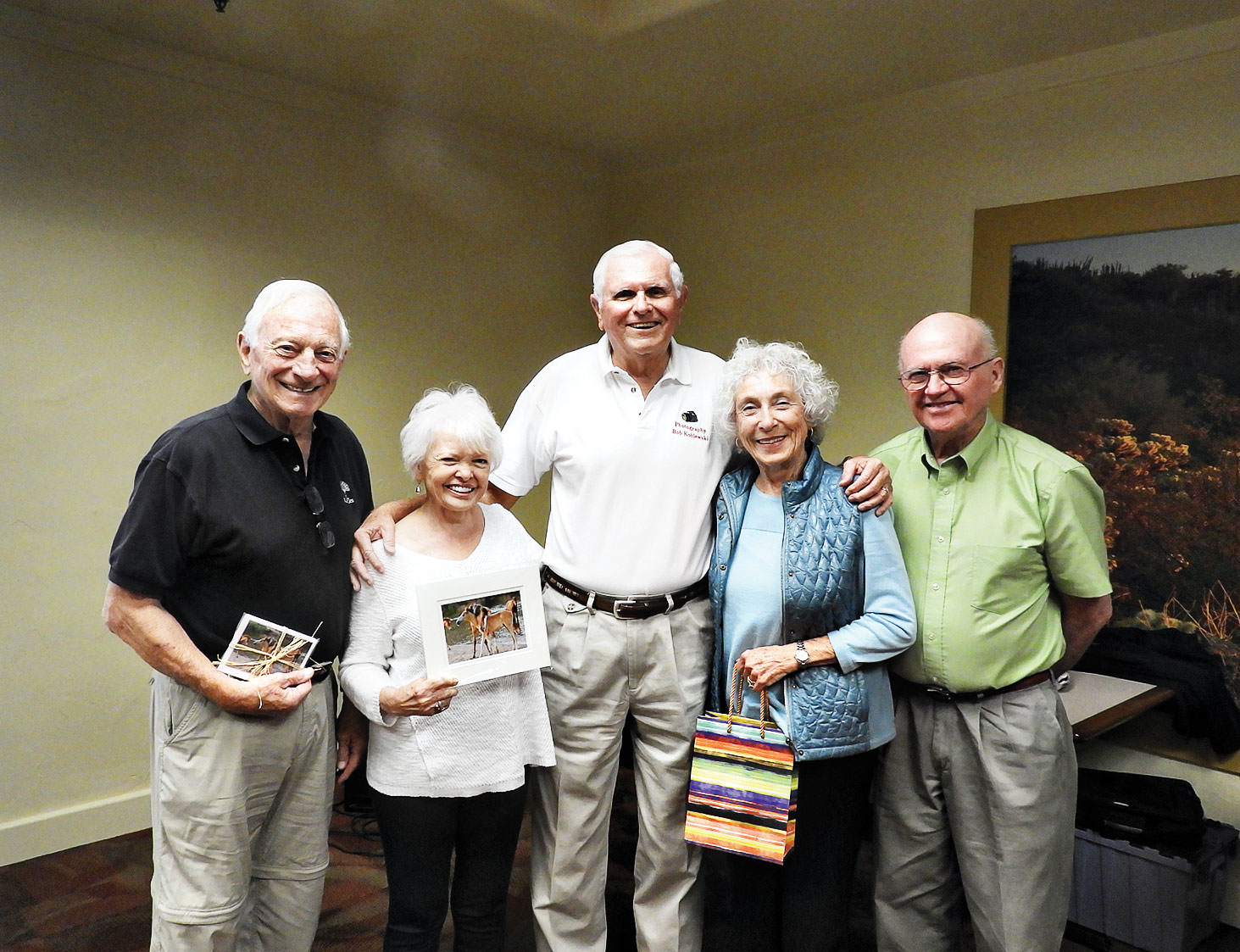 Bob Koblewski was the first speaker of the new year for SaddleBrooke Nature Club. He will be a very hard act to follow!

SaddleBrooke One knows Bob as the guy with the camera at every event. Bob’s passion for photography extends beyond the smiling faces of SaddleBrooke residents. He and his wife, JoAnn, hike the Sonoran Desert, camera in hand, searching for just the right picture of the flora and fauna.

Of particular interest to The Koblewskis are the wild horses of the Salt River near Mesa. While the first important tool might be a camera, patience is a close second. Bob told of watching for two and a half hours, packing up his gear only to have the very first horse come into view. He warned that there are no guarantees of any horses showing up. To increase the odds in summertime it’s best to be at the lake at dawn. At other times of the year it’s more likely the horses will be hanging out at their favorite spots on the river.

Between 200 and 300 horses roam the hundreds of acres around the Salt River in the Mesa area. They are protected by law and overseen by an advocate group which interferes as little as possible with the horses’ routine. Injured horses are treated when needed. Birth control is administered when necessary. During a severe drought hay was brought in to feed the starving horses. Those who watch over the horses have given them names.

The horses are not afraid of people. However, Bob warned that people should not approach them. 1500 to 1800 pounds of muscle deserves a lot of respect. Bob uses high power lenses to get great close-up photos from a safe distance.

Bob explained some horse terminology as he showed us the beautiful photos he has taken during more than ten trips to the Salt River. A colt is a young male horse. A foal is a baby horse. A mare is an adult female. A stallion is an adult male that has not been castrated.

Bob’s love and appreciation of nature show in his photography. He has patiently watched the horses’ behavior and interactions. He’s asked questions and studied to learn about the horses. Most touching are the photos of the mares with their foals. Most frightening are the photos of scars on even young colts from being bitten, sometimes by their own mother!

Stallions form bands. One stallion establishes his superiority and generally travels at the back of the band. Bob showed photos and films of these guys proudly strutting their stuff. Each band also has a lieutenant who enforces compliance particularly if there are intruders in their territory.

The full house of SaddleBrooke Nature Club members and guests had many questions for Bob. His enthusiasm and National Geographic quality photography encouraged many of us to get into our cars and head to the Salt River. Don’t forget your binoculars!