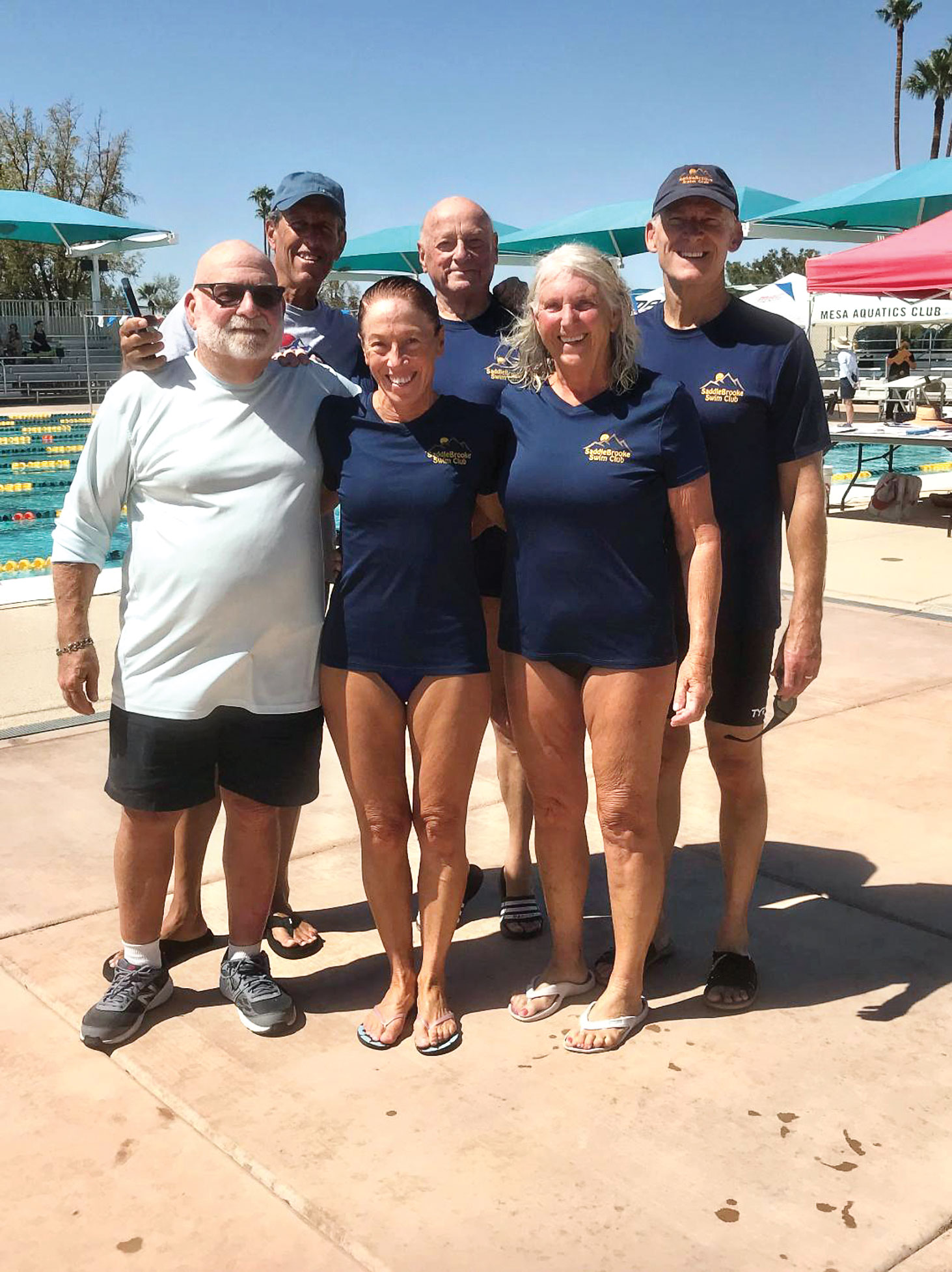 On September 22-23, 2018 the swimmers represented SaddleBrooke Masters Swim Team: Lyn Moreno, Allison Lehman, Carl Marriot, Harold Peters and Steve Truesdale, swam in the fourth annual Jamina Winston Swim Meet in Mesa, AZ. Coach Jay Selsnick provided his support in joining the swimmers at the meet. Lyn and Allison participated in this meet for the last three years. They have had such a good time they decided to do it again. It was a challenging meet, drawing top notch swimmers from all over the country. All proceeds went to the Cystic Fibrosis Foundation.

These swimmers prepared and trained for the meet on their own. Points were earned by placing in each event. The cumulative score accounted for overall placement in the meet. It should be noted that this was a 25-meter pool. A bit longer than the DesertView pool.

Lyn Moreno, current vice president of the SB Swim Club, swam nine events and clocked personal bests in five of the events! She swam her greatest improvements in the backstroke, improving 2.91 seconds in the 50-meter race, 2.63 seconds in the 100-meter race and 9.17 seconds in the 200-meter race. Her swims earned her 177 points. She had eight first places and one second place. She won high point in her age group.

Allison Lehman swam eight events – the 50, 100, 200 back, the 200 breast, 200 free and the 100 and 200 IM (Individual Medley – butterfly, backstroke, breast stroke and freestyle). She took six first places, two second places. She had three personal bests in the 100 and 200 backstroke, dropping three secs and four seconds, and three seconds in the 100 IM. She also swam the 200 IM for the first time in a meters pool. Allison received 154 points and won highest point winner in her age group. Something she has been chasing the last four years.

Steve Truesdale, one of the team’s newest member’s, swam four events. The 50 free, 100 and 200 back and the 100 IM. He had all personal best times. For his efforts he took two first places, two seconds. He had an awesome time at this swim meet.