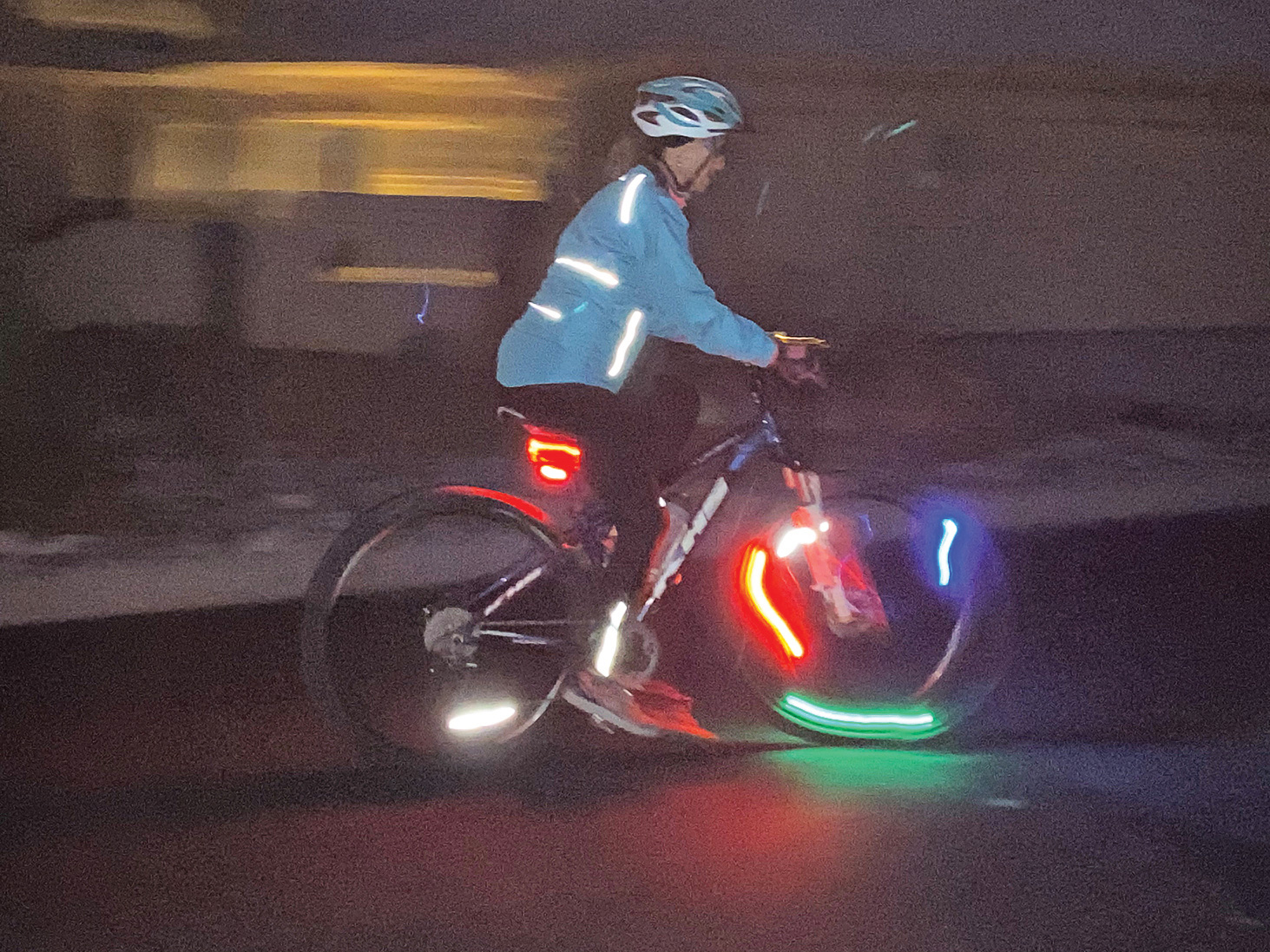 Some of you early risers may have seen a colorful bicycle zipping by around 4:30 a.m., like clockwork every morning. The colorfully lighted wheels announce a safety warning to SaddleBrooke vehicles and walkers that Katie White is on her daily 13 to 15 mile ride to help her manage her Parkinson’s disease.

About seven years ago, Katie was diagnosed with Parkinson’s. She has always been an active person and believes that exercise, no matter what kind, can help as you get older, even if you have Parkinson’s. Bicycling helps with the coordination of both legs and balance, which is affected by it. She rides in the dark morning in order to get to her other passion, horseback riding, which also helps alleviate her Parkinson’s symptoms. She has raised and trained horses and currently has a BLM Mustang and a Colonial Spanish Barb. When she has a bad day with Parkinson’s, the symptoms go away while riding the bicycle and horses.

Where does she get the inner fortitude to help overcome her Parkinson’s symptoms? She was born in Anchorage, and her family moved around from Globe, Sierra Vista, New Mexico, Iowa, and finally settling in Arizona, where she graduated from Flowing Wells High School. Moving around helps a child to adapt, and her career has given her many other opportunities for building fortitude. She worked for the city court traffic division, street engineering, the water department, and the city electric shop, putting in traffic signals and street lighting. In the early 80s, she joined the Tucson Police Department where she worked in several different divisions: patrol, community service officer, special events officer, and school resource officer. With the police training, she was able to transfer earlier credits at Pima Community College and received a teaching degree. Katie became a national instructor for the department and traveled around the U.S. teaching other officers how to teach kids. After retiring from the Tucson Police Department, she taught elementary school PE for a couple years before retiring completely here in SaddleBrooke. She has one daughter and grandson in Arvada, Colo.

So, the next time you are out and about in the early morning darkness and see a woman with Christmas light bicycle wheels zipping by, think about the battle with Parkinson’s disease she is overcoming and how the road she has travelled has made her stronger. Please remember Katie White’s fortitude, which means “courage in pain or adversity.”