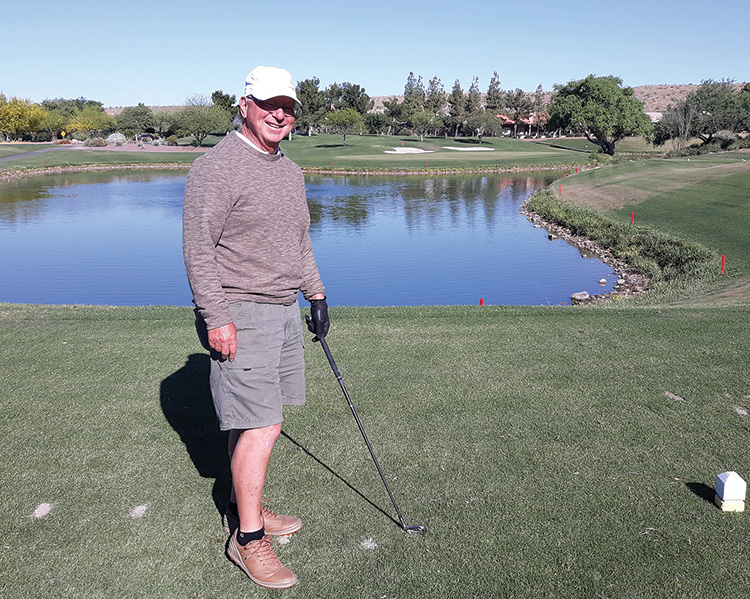 Eclectic is defined as “selecting what appears to be best.” The SaddleBrooke Men’s Golf Association (SMGA) has an Eclectic Golf Tournament twice a year where two player teams compete over two days to see if they can get a better or best score on each of the 18 holes. The course is set up the same each day and the teams play the same holes each day trying to improve on their scores from the day before. The best individual score for each team over the two days is reported for each hole and the best team score wins. This is a fun tournament with each team trying to best or beat their scores from the day before.

On Wednesday and Thursday, May 21-22, 47 SMGA teams of players competed in the Partners Eclectic Tournament at SaddleBrooke. This was a handicapped event with four flights of players competing to see who could get the lowest gross and lowest net score when taking their best scores over the two days.

The best gross score for the tournament was by the team of Doug Swartz and Mike Turner with a 65 in flight 1 and the best net score was from Michael Hovan and Fred Pilster in flight 2 with a 58.

The full results are as follows:

The event was made even more exciting when Michael Hovan shot a hole-in-one on the par 3 second hole over the lake on the first day of the tournament. This made it impossible for Michael and Fred’s team to improve the second day on this hole, because a one is the lowest score for the hole or the best score possible.

Congratulations to all the players for the best tournament.