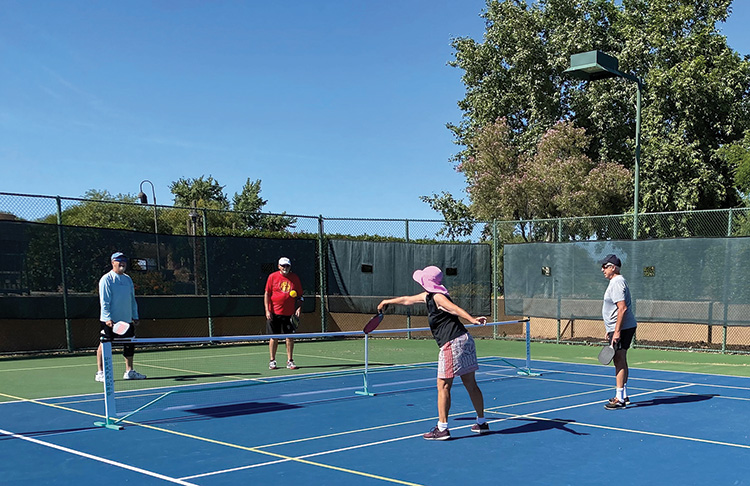 For those not familiar with pickleball scoring, “zero-zero-two” is the declaration of the opening score by the first server of the game. I would elaborate about scoring, but it tends to be one of the more confusing parts of the game, so it is best left for the professionals or a therapist, or both. The pickleball courts at Ridgeview have been opened up for play once again. In an exciting development, two tennis courts at The Preserve have been converted temporarily to pickleball courts to supplement the six courts at Ridgeview.

Play is currently available to SaddleBrooke Pickleball Association (SPA) members only and players are required to reserve a court. The club has initiated level play, which will connect groups of players of like abilities together for a game. This should facilitate partnerships for SPA members while the popular drop-in is not available. Safety precautions when playing are mandatory or suggested in order to maintain good health. From parking locations to entrance and exit protocols, every detail has been scrutinized to provide the best and safest experience possible. The seamless transition from one group to another without overlapping has worked perfectly. Thank you to the members for their cooperation during this time and to the many volunteer court monitors for helping ensure the initial process went smoothly.

After a prolonged closure, SPA members are happy to play under any circumstance. Being back out on the courts giggling, trying to recapture languishing pickleball skills, waking up muscles, and bantering with one another is providing a much-needed happiness boost. And just to make sure our brains are still working well, the process of keeping score will take care of that.