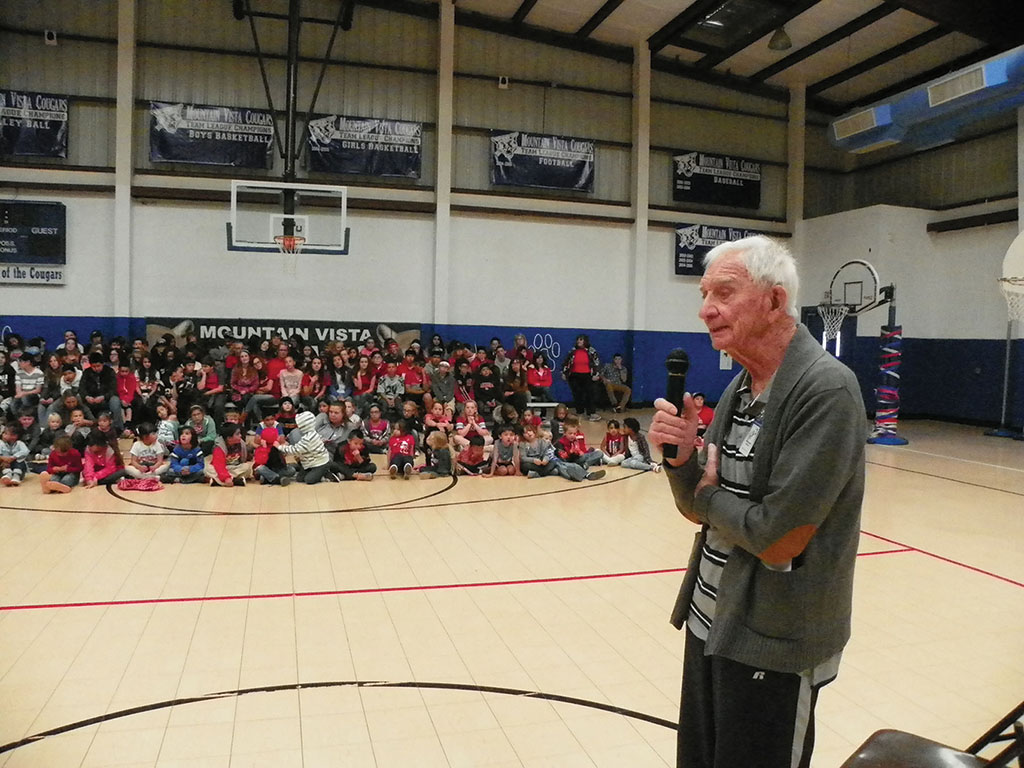 This past November the SaddleBrooke Sunrise Rotary Club hosted a Veterans Day event for the 450 plus students at Mountain Vista School in Oracle. Working with the school’s Principal Nannette Soule, the club organized a program that included presentations by several veterans.

An honor guard from Davis-Monthan Air Force Base started things off followed by everyone singing the Star Spangled Banner. Guest speakers included Roger Bogard, a member of the Rotary Club who spoke about his experiences as a fighter pilot in Vietnam, Lori Tate who served in the military and is now a teacher at Mountain Vista School and Earl Scott who flew reconnaissance over Europe in World War II.

The program ended with cookies baked by Rotarians and the opportunity for the students to view several military vehicles parked just outside the school auditorium, brought by the US Army National Guard out of Marana.

This coming year the SaddleBrooke Sunrise Rotary Club would like to host another Veterans Day event for the students in Oracle starting with building a committee to meet in February to plan something new. Principal Soule would like to see a hands-on activity to assist veterans. The Rotary is looking for vets who would like to join the 2016 planning committee. If you are interested, please call Theresa Poalucci at 206-255-4483.