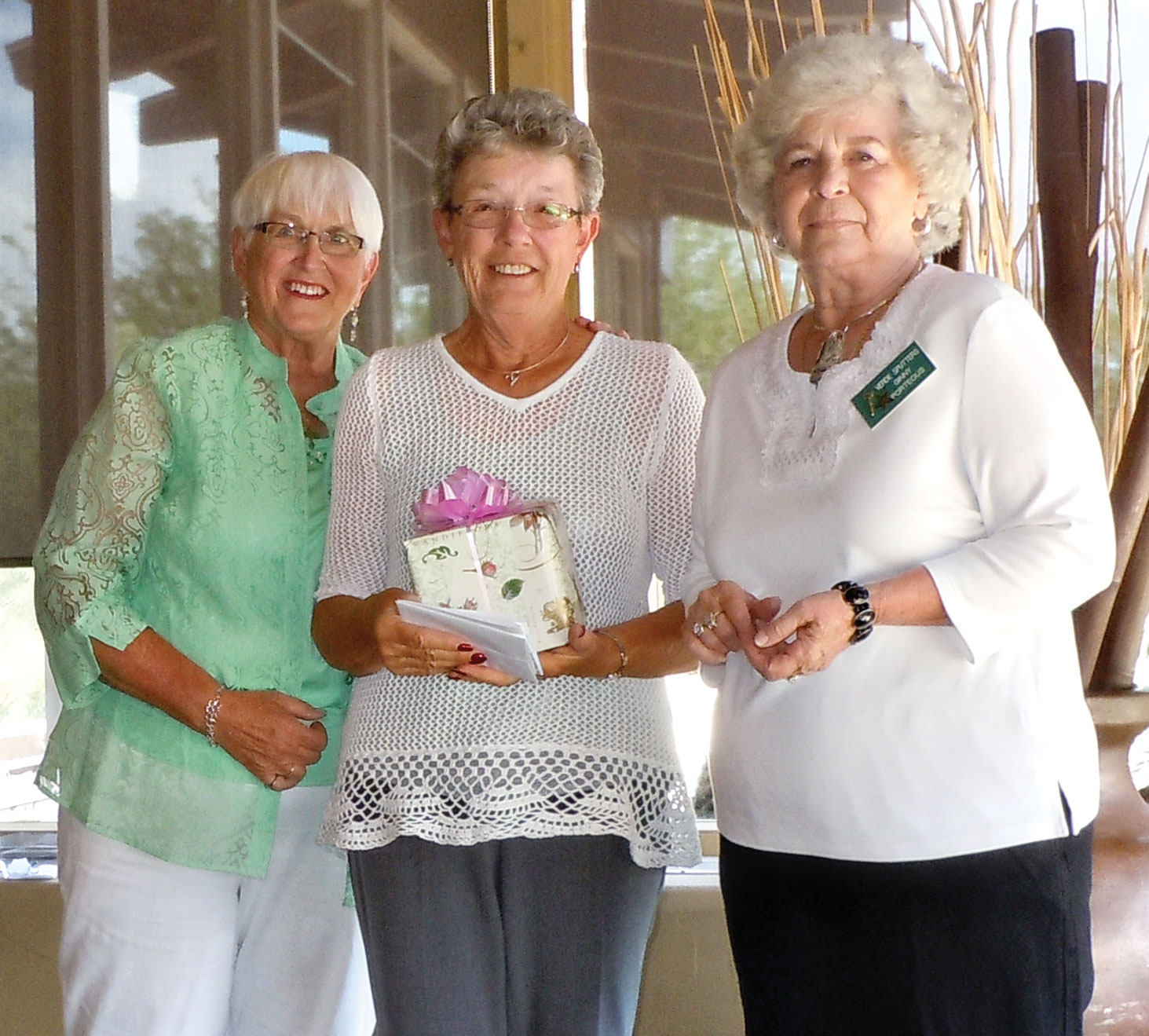 Monday, May 5 was the final luncheon meeting of the season as well as the Installation of Officers for the coming year. This was also an opportunity to recognize and honor those who have served as president with 11 former presidents in attendance including the founding member and first president, Marjorie Cattrell. It is with sincere gratitude and appreciation that we say so long to the members of the Board for the past two years: Co-Presidents Elaine Ackerman and Ginny Porteous, Co-Vice Presidents Lois Glorioso and Trudy Rossi, Co-Secretaries Gail Crawford and Wanda Schultz and Treasurer Judy Anick. The new officers for the 2015-2016 year are Co-Presidents Lorraine Ezell and Trudy Rossi, Co-Vice Presidents Cathy Howard and Barbara Turner, Co-Secretaries Donna Gruninger and Mary Kopp and Treasurer Cindy Rutkowski. These new officers recognize the departing board will be a hard act to follow as membership in the Sputters increased dramatically. The Sputters organization is blessed to have so many loyal, dedicated and long-standing members to welcome those new to the group.

This final meeting was also highlighted by awards presented to several members who distinguished themselves on the putting green this past year. Most Improved was Diana Carbone, Most Holes-in-One went to Susanne Mosier, Lowest Score with a 33 was both Gail Crawford and Barb Rempel and Lowest Average was Winnie Clay. One of the most important responsibilities of the sitting Board is to select that one member who has distinguished herself by her outstanding contributions as the recipient of the Spirit Award. This year’s winner was Barb Rempel to whom we extend our sincere congratulations as well as our thanks.

The Sputters are also very proud of their charitable contributions to the Tri-Community Food Bank throughout the year. Recognizing the increased need for food during the summer months with school in recess, the Sputters collected money starting at the Invitational and ending at the final meeting. Thanks to the generosity of the membership, the Tri-Community Food Bank received $579.

Lunch meetings will resume Monday, September 7 as the summer hours for the Sputters began June 1 with an 8:30 a.m. start time at the SaddleBrooke One putting green. Membership is open to any resident of HOA 1, 2 and the Preserve not belonging to a sanctioned SaddleBrooke golf group. For more information please contact Elaine Ackerman at 825-8123.