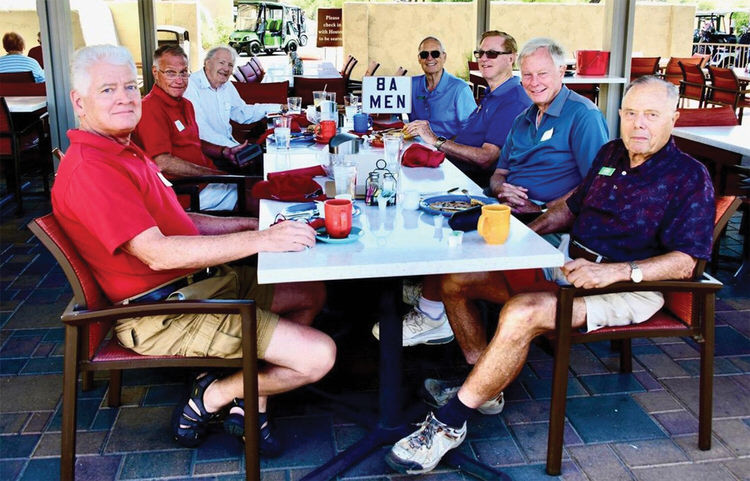 Unit 8A men held their second breakfast event this year at the RoadRunner Grill. The meetings occur bimonthly. Every other month, the Unit 8A Social Committee plans to schedule potluck parties at local venues and appetizer parties hosted by 8A Unit residents. Not to be outdone, the Unit 8A women also held their second bimonthly luncheon event at a local restaurant. 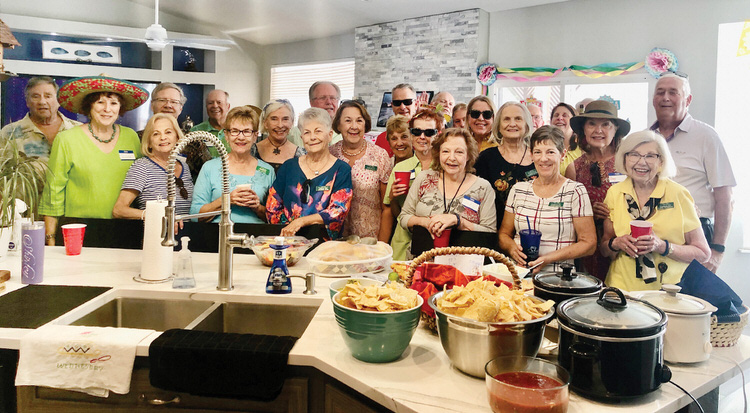 It was definitely fiesta time when Unit 17 celebrated Cinco de Mayo at the home of Shirley and Mike Dunbar. Unit 17 residents brought appetizers to share and a favorite beverage. New neighbors Craig and Courtney Berg, Terrance Flanigan, and Linda Pike were welcomed into the unit.

Our next social gathering will be June 15 for our annual Salad and Dessert Party. Faith Fromson holds this event at her home each June. The theme for this party is “Color Me Summer.” 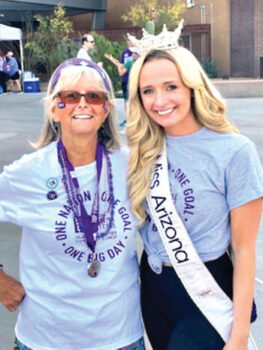 Unit 27 resident Betty Cole once again participated in the Purple Stride Walk in Phoenix on April 30. As a survivor of pancreatic cancer, Betty is a very active participant in the Pancreatic Cancer Action Network, which raises money to help the fight against that terrible disease. As of May 6, the national organization had collected just over $15 million of its $16.5 million Purple Stride goal, and the Phoenix organization had collected 88% of its $210,000 goal. With committed participants like Betty, they are sure to make their goal by the June 29 deadline.

According to the Pancreatic Cancer Action Network, Governor Ducey signed a bill in early May that requires health insurance plans to cover biomarker testing when there is a clinical need. Under the Precision Medicine approach to cancer treatment, biomarker testing may ensure that patients get the most effective treatment for their specific disease by using information from their genes. Betty says that she had her biomarker testing done after she finished treatment, for her own information. She learned that she did not have familial pancreatic cancer and that she doesn’t carry the BRCA genes.

The warmer days are giving way to hotter days, which defines summer in the desert. Nonetheless, Unit 27 continues its monthly Snack and Chats. On Saturday, May 14, Jeanne and Don Burkhead hosted the monthly gathering. It was nice to see Richard and Carol Merlini and Fred and Fran Lowy, nearby neighbors of the hosts and who had been unable to attend social events for a while. It was also nice to meet our new neighbor Deb and her mom. Deb and her husband just bought Merilee’s house. The food that people brought to share was good, as always; however, this time, the dessert table looked a little fuller than the appetizer table. In fact, in an unusual turn of events, there was leftover dessert! It was especially generous of the Burkheads to host this event, as they were preparing to travel a few days later. Thanks, Jeanne and Don!

Social Chair Ron Talbot just announced that Fira Stout will organize the Ladies Holiday Lunch, which will be held again at Vivace, on Friday, Dec. 2, and there will be a Holiday Party on Tuesday, Dec. 13, in the MountainView Ballroom. Phil Doyle has agreed to DJ again this year, and he will take requests of up to four songs per attendee, which must be submitted to him on or before Nov. 13.

Is normalcy returning? Hope so! 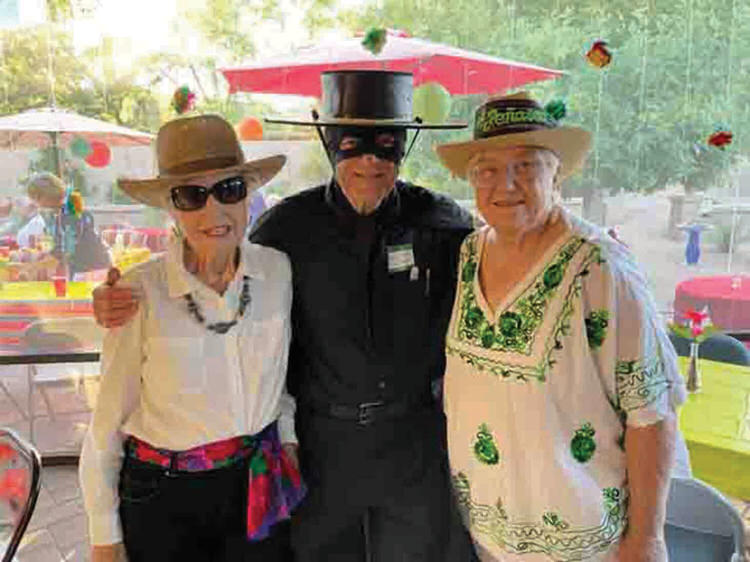 Unit 3-S celebrated Cinco de Mayo with a Mexican Fiesta at Helen and Steve Bellacqua’s home on Double Eagle Drive. A record 80 neighbors attended and brought delicious Mexican food to the potluck dinner Thursday night. The surprise of the evening was when Zorro and his wife Elena De la Vega made an appearance once again. Mexican music could be heard late into the night. Thanks to all who came and made it the most successful Cinco de Mayo event ever!