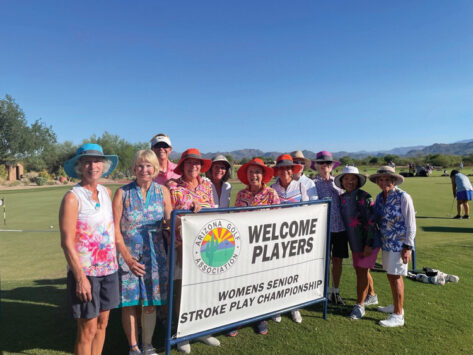 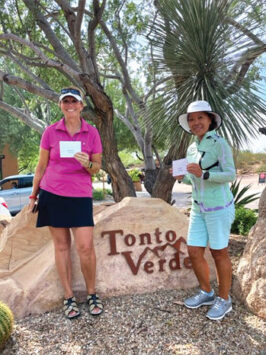 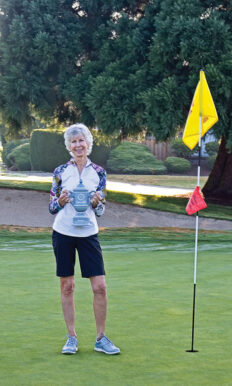 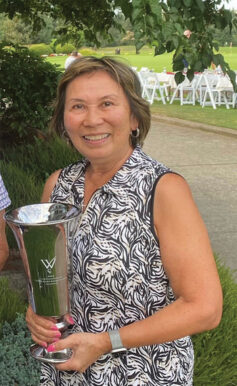 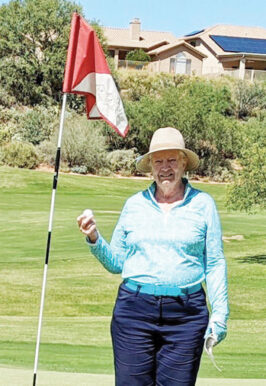 Several SaddleBrooke Women’s Golf Association (SBWGA) ladies have been participating in events outside of SaddleBrooke, sharing what SaddleBrooke ladies are all about.

On Sept. 7-9, 11 members of SBWGA-18 participated in the Arizona State Senior Championship Tournament. This was a 54-hole stroke play event held at Tonto Verde Golf Club in Rio Verde, Ariz., with approximately 80 entrants. SaddleBrooke ladies had the largest representation. They have been preparing all summer under the guidance of our pro Jane Chanik. Congratulations to all for representing SBWGA-18.

The divisions they competed in were as follows:

Two other members won respective Club Championships in the Portland area. Mary Ribacchi won the Club Championship at Summerfield Golf and Country Club in Tigard, Ore. Mary says she was leading by three strokes after day one and had a fierce challenger on day two, but she prevailed and won by one stroke.

Judy Briney won the Super Senior Club Championship at Willamette Valley Country Club in Canby, Ore. This, too, was an 18-hole event, and Judy says her win was helped by a 65-yard chip-in on a par 4.

Congratulations to all of these ladies for representing SaddleBrooke golfers.

Eila Sallaberry had a hole-in-one on Sept. 12. She used an 8-iron from 113 yards on Catalina hole No. 3. Witnesses were George Sallaberry, Gail Plimpton, and Richard Hanssen. In her many years of playing, this is only her second ace

Sponsors for the month of October were Kathy Minx, Long Realty; The Happy Saguaro; and Desert Wind Shutters. Thank you for your support.