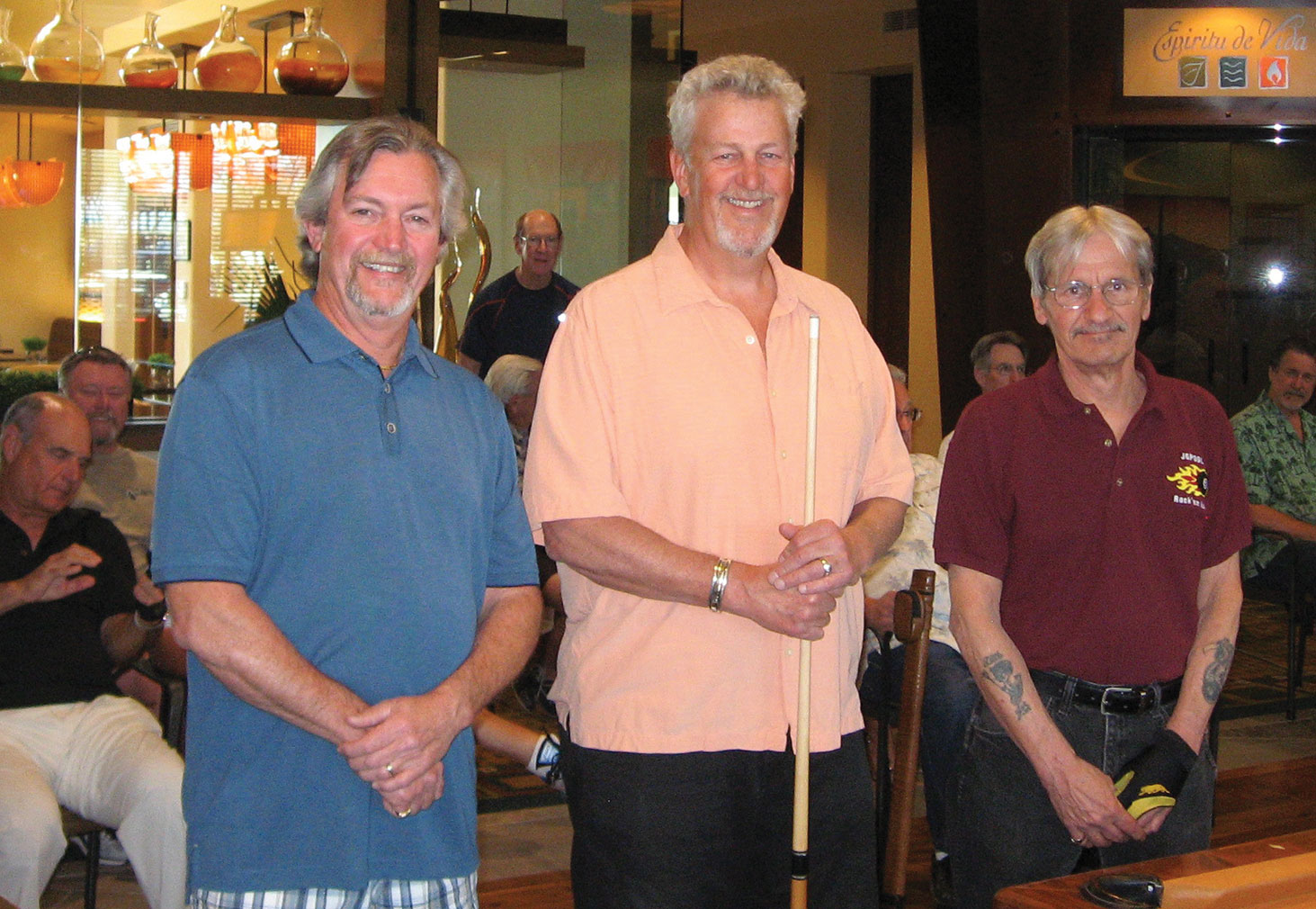 Tom “Half Jacket” Barrett’s road to the championship started out the day with a bye in the first round and then by ousting Jim Kauffman in the second round. Next up was Terrence Sterling; this game went back and forth with Tom outlasting Terrence for the win. Tom then outplayed Bruce Fink to send Bruce to the loser’s bracket. This set up a match between Tom and Les Brown from the Ranch; Les was no match for Tom today and this win put Tom on the hill; he now has to be beaten twice by the winner of the loser’s bracket. Coming out of the loser’s bracket was the winner of the last Ranch 8-Ball Tourney, Joe “Fast Eddie” Giammarino and Joe would have to beat Tom twice to defend his title. Tom was determined to not let that happen. The game came down to Tom having two balls left on the table and the only shot he had was a very difficult long rail bank on the one ball, he drilled it! Tom was left with just the 8-ball between him and the championship. Unfortunately for Tom he left the cue ball in a position that would force him to shoot another low percentage long rail bank shot on the 8-ball. Tom “Half Jacket” Barrett got down on the shot and as he did all day long, he stroked the 8-ball one rail right into the corner pocket as if it had eyes! Congratulations to Tom for some lights out shooting and a great tournament!

A fun day was over after three and a half hours and 34 games of 8-ball. The 18 participants competed and met some new friends that shared their passion; that is a good day!

A special thank you to the ladies of the Bistro Viente Restaurant for their great service.