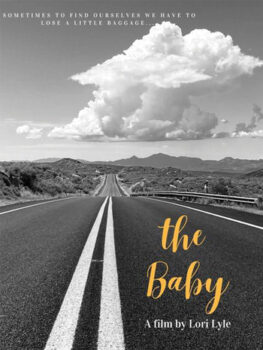 Have you ever wanted to act in a film? See what life is like “on set”? Or just plain wanted to learn more about filmmaking? Well, now’s your chance. Lori Lyle Films plans to shoot their new movie, The Baby, in Southern Arizona. They’ll be looking for all kinds of contributors: extras, actors, costumers, and supporters of all types.

The Baby is a feel-good movie about a family searching for their next steps in life. They are led by their damaged, neurotic mother and their father who just lost his job. Add a handicapped son, ditzy daughter with dufus boyfriend in tow, a 10-year-old son who questions the meaning of life, and a dog who hates everyone—and the family is complete. They take a “charming” road trip to Mexico where the mother lets go of her fear and acknowledges her vulnerability, finding her voice and the deep love she has for her family in the process.

New to SaddleBrooke, Lori Lyle has already been making a name for herself in the film circles of the Desert Southwest where she was deeply involved with the Southern Utah film community. The Baby will be her fourth movie and second feature film. Her latest film, Permitted, premiered this summer at the Wyoming International Film Festival where it won Best Wyoming Film. It has been nominated for, and won, awards around the world, including: Finalist, Lonely Wolf International Film Festival, London; Nominee, Filmhaus Festival, Berlin; Finalist, Vegas Movie Awards, Nev.; Award Winner, Calgary Independent Film Festival. You can find Lori Lyle’s past films on Amazon, Tubi, and Plex streaming platforms and get more information on her IMDb page www.imdb.com/name/nm9030122.

Also new to SaddleBrooke, Al Weigel will be serving as executive producer for the film. Al is married, has four grown children, and is involved with several groups, including the Community Circle Players.

Our efforts are only made possible through the generosity of individuals and companies who believe in the power of art and film. As this is an independent artistic endeavor, we would appreciate your support of one of the levels below:

To learn more about The Baby‘s individual giving and benefits program or to make a donation, please contact Al Weigel at 520-820-8594 or [email protected]