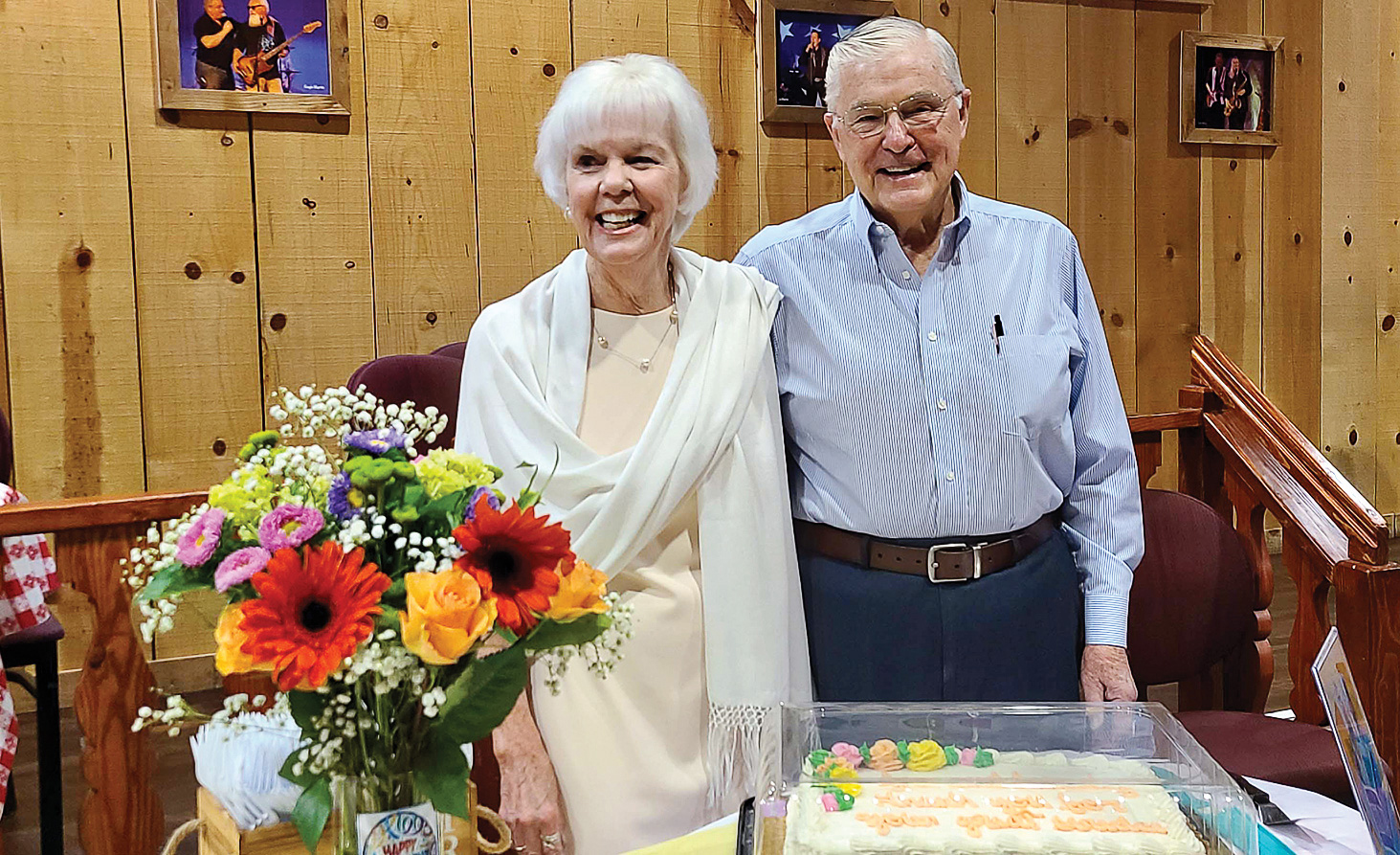 Long time SaddleBrooke resident and member of the Community Church at SaddleBrooke, Les French, has stepped down as the pastor of Care Ministries. After serving the Community Church at SaddleBrooke (CCSB) in numerous ministries since joining in 2003, Les was asked to assume the staff position of assistant pastor and director of Care Ministries in 2016. These ministries include In Touch Ministry, assuring meaningful contacts with all members of the congregation; Hospital Equipment Loans, open to all SaddleBrooke residents; Prayer Team Ministry, hospital and home visitation; and Grief Share Ministry. Serving as the pastor’s assistant means he was involved in all aspects of setting up the church services. Les’ wife, Sandy, served as a full partner in the Care Ministry, serving as the lead coordinator for In Touch Ministry and being on the Prayer Team leadership. She has sung in the choir for all the years she has been in the church. She is a Women’s Ministry small group leader in Bible studies and has served as retreat chair in the early years.

Les and Sandy moved to SaddleBrooke in 2002 and built a home in Unit 21 in January 2003. While the home was being built, they looked at several churches and found CCSB. Prior to moving to SaddleBrooke, they were living in Albuquerque, N.M. for nine years after Les retired from Sears. Sandy had retired from nursing at the same time.

They have two children, three grandchildren, and four great grandchildren. Les and Sandy love SaddleBrooke and have been tennis players, golfers, and bridge players. Les likes to keep busy, and over the years, he worked for SaddleBrooke One in the golf shop, Sierra Tucson, and SaddleBrooke TWO Patrol and golf shop.

Les and Sandy were recognized at a special Sunday service that highlighted their over 15 years of service and 5 years as Care pastor. Les and Sandy will still be active in the church. After the celebration, the French’s were going to take some long overdue time off and visit their children and grandchildren.