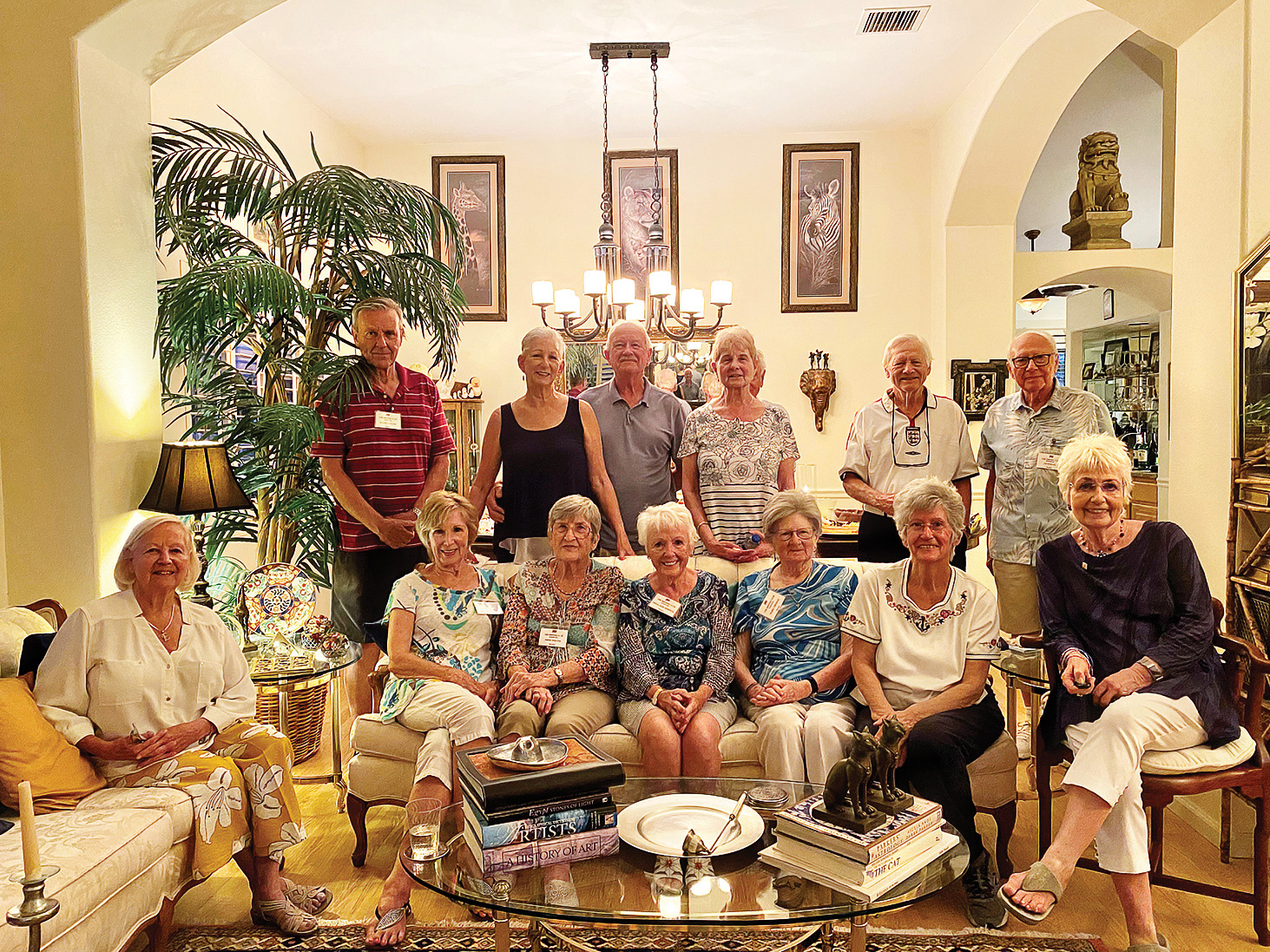 Glad to be back after COVID restrictions were eased, the British Club had their first social event after approximately one year. It was on May 30, during Memorial Day weekend, another gloriously sunny day in SaddleBrooke with temperatures around 91 degrees Fahrenheit. Fifteen members of the British Club gathered at the bocce ball courts in SaddleBrooke One for the fun of playing bocce ball. Following the games, everyone headed to the home of Bob Zimdar and Twink Gates for a potluck picnic where they feasted on a selection of salads (coleslaw, Asian, and egg and potato), seven-layer dip with chips, Swedish meatballs, and a chicken and broccoli casserole. Accompanying the BYOB, a refreshing fruit punch was served with Malibu coconut rum, if desired. With coffee, the players enjoyed a delicious array of desserts: apple and chocolate bars, brownies, venetian swirl cookies, apple pie, cheesecakes, fruit salad, and fresh strawberries with whipped cream. At the end of the evening, the bocce ball winners, losers, and all in attendance, were awarded fun prizes of Hershey’s chocolate and almonds bars for their endeavors to make this event so successful!

Eventually, after the COVID restrictions have eased, the British Club will resume their game afternoons every second and fourth Friday of the month. They will have a social event in the bar area at SaddleBrooke Clubhouse, which includes canasta, Mexican Train, and maybe bridge from 1 p.m. until around 4 p.m. This is followed by a social hour and a bar meal.

Membership is open to any person who was born in Britain or The Commonwealth or holds, or has previously held, a British passport and is a current homeowner of either SaddleBrooke One, SaddleBrooke TWO, or SaddleBrooke Ranch.