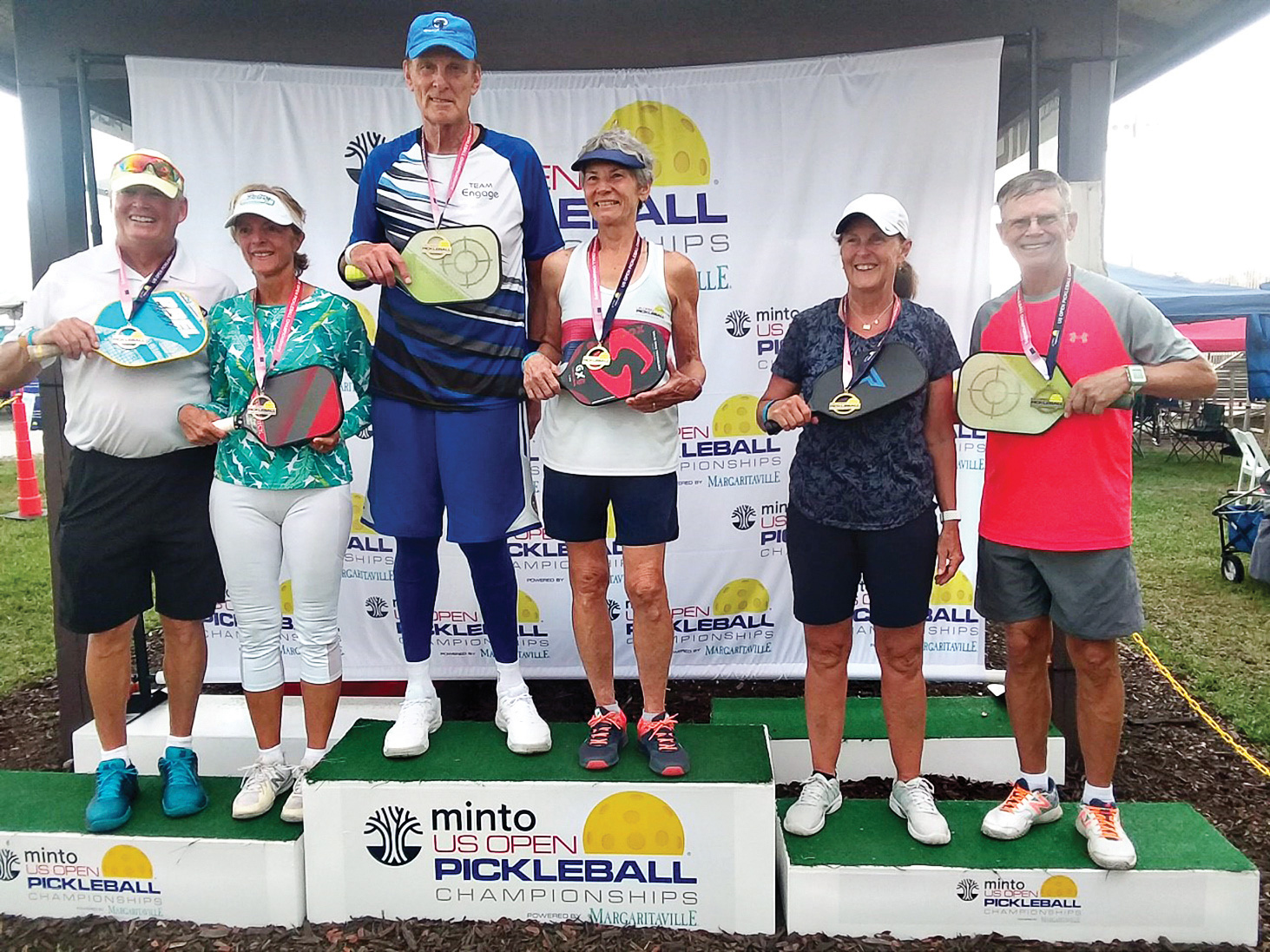 Traveling to Naples, Fla., in April, Linda Bruder was not sure what to expect. She had been invited to enter the 2020 tournament by earning a gold medal in a qualifying tournament previously. Due to COVID-19 protocols, the tournament was postponed to 2021. Attracting thousands of top players, this is a very elite group in which SaddleBrooke Pickleball Association (SPA) member, Linda, had earned her place.

Having signed up for the 70+ 4.0 Mixed Doubles with a partner who had to drop out, Linda found herself without a partner for the event. Since the tournament was only 30 days away, Linda had to scramble to find someone to play with. Other players were in the same situation, and, out of the blue, a player named Rick reached out to see if Linda might be interested in partnering with him. Playing with someone unfamiliar is risky, but with no other choice, Linda did her due diligence researching his tournament results and decided to take a chance. Much to her surprise and delight, Rick happened to be NBA Hall of Fame basketball star and broadcaster, Rick Barry. Linda remembers the time she first saw him. At 6’7” with the wingspan “of a 747 Jet,” she initially thought she might get “squashed like a bug.” As it turns out, their teamwork was totally compatible, and together they battled their way, undefeated, to earn the gold medal. Linda credits the spectators with motivating their team by cheering for them as though they were “playing in the Pro Division for the Gold.”

Linda, however, was not finished and went on to play 70+ Ladies’ Doubles with her good friend from Florida, Julie Martens. The two had never partnered in a pickleball tournament. In what she describes as the “highlight of the tournament,” the two of them were paired against the top teams in their division and were about to see how their friendship translated to a pickleball partnership on the court. Linda and Julie found themselves in a match with the formidable team of Hillary Marold and Yvonne Hackenburg. Marold was dubbed “Queen of Racquets” in platform tennis and has been inducted in the Pickleball Hall of Fame, the Platform Tennis Hall of Fame, and the USPTA Hall of Fame for paddle tennis. Hackenburg is a former tennis pro and a Hall of Fame inductee in platform tennis. Linda is proud to report that they earned six points against this eventual gold medal team. Despite that defeat, Linda and Julie managed to win bronze and shared the podium with these pickleball super stars.

Having been on a tournament hiatus for three years, Linda was not sure how well she had kept up with the changes and evolution of the game. SPA’s members are so proud of Linda and her “Hall of Fame” moments on the court. It seems she kept up just fine and had the experience of a lifetime. Congratulations, and we cannot wait to see what you do next.