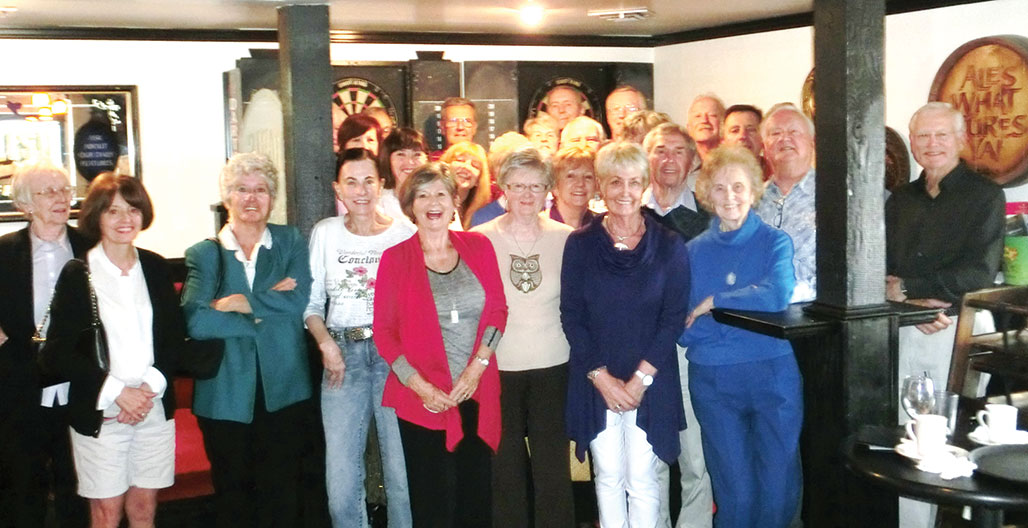 The British Club continues to grow.

On Wednesday, January 28 members and friends of the British Club were getting underway their first in a series of great social events for the New Year 2015. They thoroughly enjoyed a wonderful lunch at the Canyon’s Crown Restaurant and Pub, way across town at the crossroads of Tanque Verde and Sabino Canyon. A good time was had by all as usual, enjoying the camaraderie of friends and tasting their familiar, fine British food from delicious menu choices of fish and chips, bangers and mash, Guinness Pie, corned beef and cabbage and Shepherd’s Pie, etc. for entrées. Finishing with favorite choices of sticky toffee pudding and Crème Brule, etc.

Thank you, Enid Fowler, for organizing another fun event for the British Club.

Membership is open to any person who was born in Britain or The Commonwealth or holds or has previously held a British passport and is a current homeowner of SBHOA1, SBHOA2 or SaddleBrooke Ranch. The member’s spouse or partner may be of any national origin.