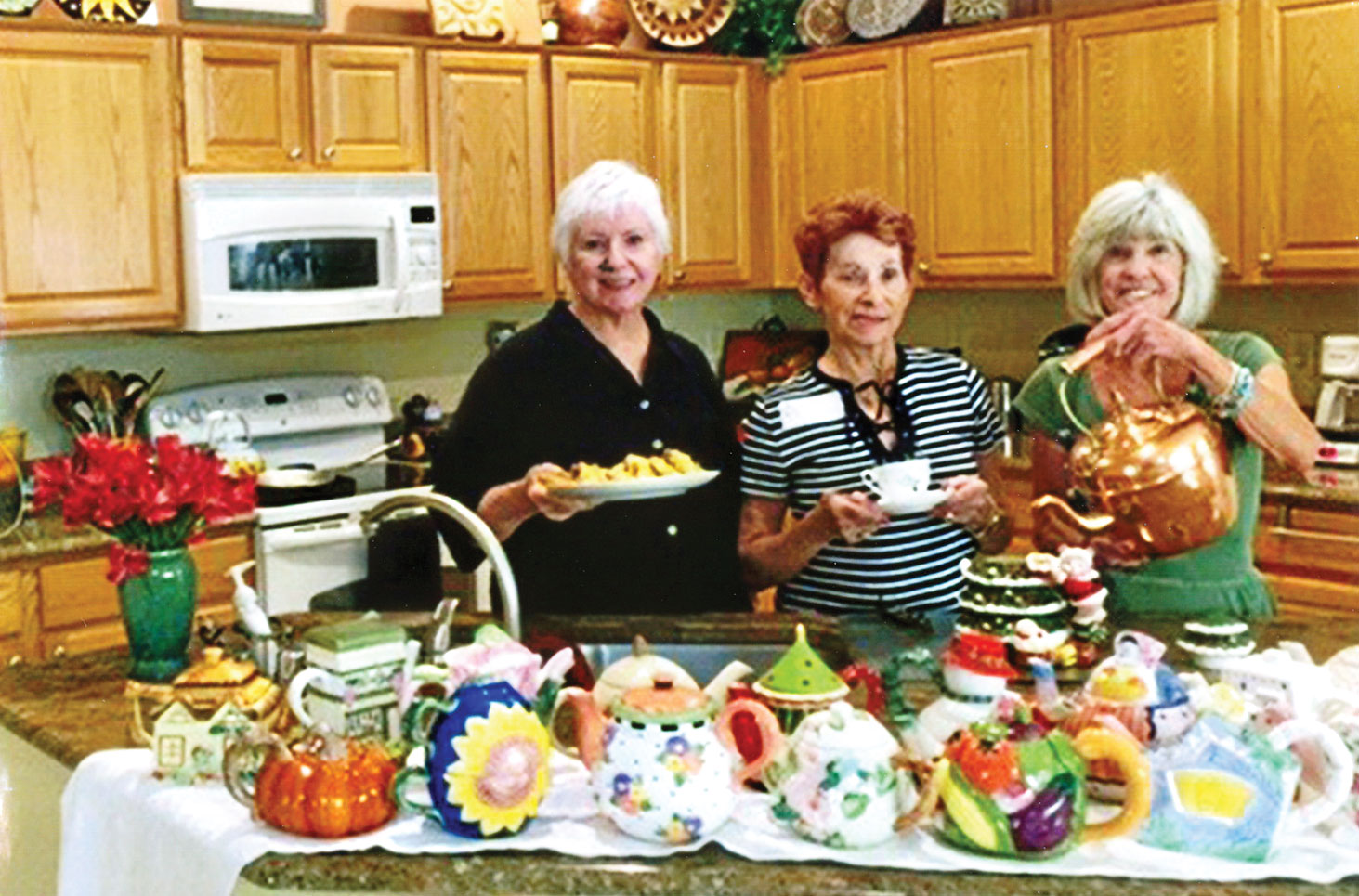 The SaddleBrooke Questers, the Catalina Timewalkers, had a special come to tea invitation for its members. Inviting someone to tea in the British tradition is much more than just a cup of tea in the kitchen; there are certain customs to be followed.

The hostesses, Mary Anderson, Gerry Burnside and Sandra Hackett, first spoke about the history and benefits of tea, the types of tea and how to make a perfect cup of tea followed by the tasting of a variety of teas and the proper accompaniments.

Tea is the second most enjoyed beverage in the world. The history of tea is long and its beginning comes as legends from Ancient China and Japan, but China loved tea so much it was called one of the “seven necessities of life.” It came to Europe in the 17th Century and was first adopted by the British upper class and was brought to America but highly taxed and had a part in the American Revolution. More and more people wanted tea in England and it wasn’t until Sir Thomas Lipton, in 1889, found a way to provide tea and make it more affordable for everyone. Today about 100 billion tea drinkers are enjoying a great variety of teas.

All varieties of tea come from the same tea plant but, due to its picking season, drying time, additives and processing, a certain tea is produced. There are five basic types: Black Tea, the most processed and used tea; Oolong Tea, which is semi-oxidized and can be found with characteristics of either green tea or black tea; Green Tea is usually minimally oxidized and may taste slightly sweet; White Tea is the least processed and most expensive as it grows mostly in China. The last type of tea is the Herbal Tea. Herbal tea can be produced from most any plant or spice. It may also contain any of the teas to produce the desired taste and flavor.

According to the British tea ceremony, tea should be served in fine china cups, sugar or cream added first, and enjoyed with traditional cuisine. One would serve cookies, sweet breads, scones, crumpets, jams and small sandwiches. The Timewalkers had a chance to taste a variety of teas and goodies of all kinds. Tea should be made with loose tea and boiling water, steeping five to six minutes in a teapot.

If you’re interested in learning more about a variety of cultures, traditions, history and antiques, contact the Catalina Timewalkers President Sandi Newberry at 520-818-0199.