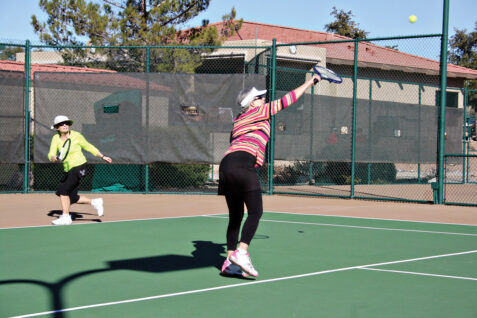 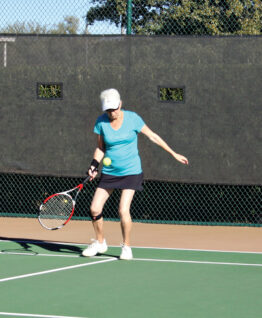 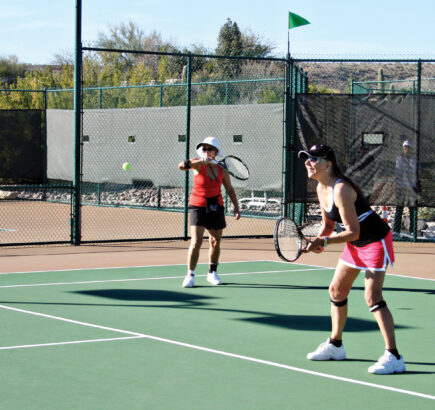 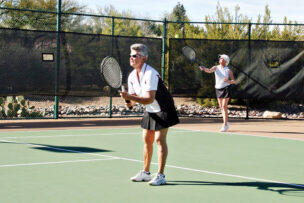 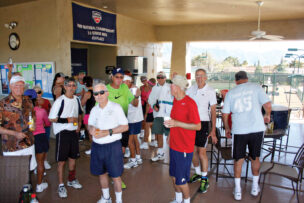 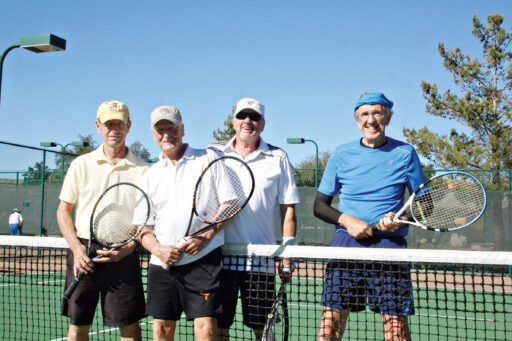 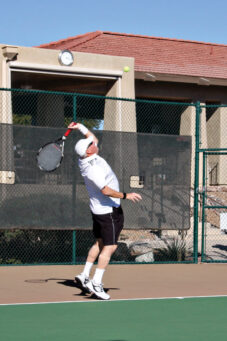 Gender Social Team Tennis is the name adopted for an exciting tennis format. It simply means that men’s doubles teams will compete against each other while women’s doubles teams compete against each other in an exciting format. There is not a mixed doubles component and, distressingly, women are not allowed to play on men’s teams. While the format is not extraordinary, the STC has instituted an innovation that revolutionized the program.

Following each match all players, women and men, meet on the lovely STC patio for snacks and beverages that are provided by the then current Home Team. Much bragging and chest beating has been noted on the part of the winning teams. No small amount of excuses finds their way into the party-like conversations that are enjoyed by everyone who participates.

Currently, the 2016 Gender Social Team Tennis season is nearing its end. As a happy result of the seeding system, all of the 2016 teams are in a virtual tie. That means competition abounded while STC members met and became friends with many other members whom they hardly knew before the event.

There is a proposal before the STC Board of Directors to extend the 2017 season to eight weeks instead of the current six weeks. Ginger Riffel and Joe Schullik, the coordinators, are urging the longer season because of the popularity of the program. It is becoming the premier STC tennis and fun event.

Next season there will be least three teams of each gender with at least twelve members on each team. Email and newsletter notifications will be posted advising you when it is time to join the teams by signing up on the patio bulletin board. Hurry to sign up because slots fill quickly. The sign up may be closed and late-comers will have to take their chances as alternates. Alternates often get to play because of scheduling situations. But it is highly advisable to sign up early.

For 2017 GSTT will have a new name: STC Social Team Tennis. And everyone should be looking forward to joining the program as soon as email and newsletter notifications are sent, most likely in December of this year. It’s social. It’s competitive. And it’s fun!