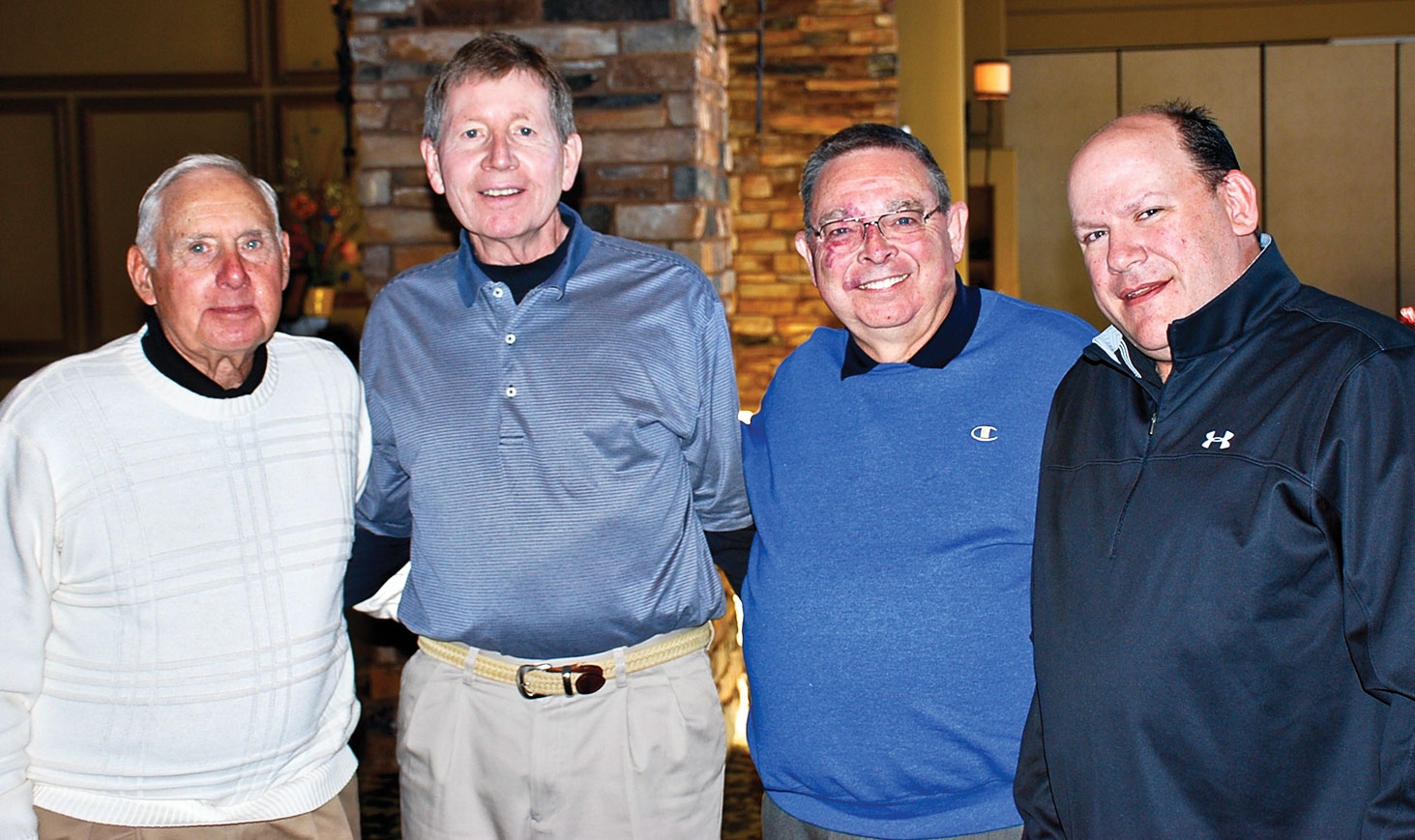 The SaddleBrooke Men’s Putters (SBMP) Group, entering its nineteenth year, enjoyed a wonderful year in 2015. Membership grew to 123 putters and in addition to the weekly, quarterly and annual competitions, the first Jeff Shields/Charles Schwab Company Senior Men’s Putting Tournament was hosted by the SBMP in November.

Jeff Shields has sponsored the group for more than 15 years. His first tournament was a huge success, with 13 teams from SaddleBrooke and other area communities. Over $3500 in awards, prizes and gifts were presented and a luncheon in the Vistas Dining Room followed the competition. The tournament had net proceeds of $500 which were donated to the American Diabetes Association in Mr. Shield’s name. The event was so successful that plans are underway to have a sequel event in the fall of 2016.

Throughout the year, the SBMP held quarterly breakfasts to recognize the quarterly gross and net winners. Following the year-end Schwab Cup playoffs for the quarterly gross winners in January 2016, the SBMP had their annual awards breakfast on February 4, 2016. The fourth quarter Schwab winners, the fourth quarter net putting winners, the year-end Schwab Cup Tournament champs and the other annual winners were recognized with prizes.

Putters meet on the putting green at SaddleBrooke HOA 1 on Thursday mornings. Presently we practice at 9:30 a.m. and our tournament begins at 10:00 a.m. New members and guests are always welcome. Each member establishes a handicap and weekly prizes are awarded for various categories.

Please come and play a round of putting with us. All you will need is a golf ball and a putter. We will provide the fun and fellowship.

Officers, Chairmen and Assistants For 2016