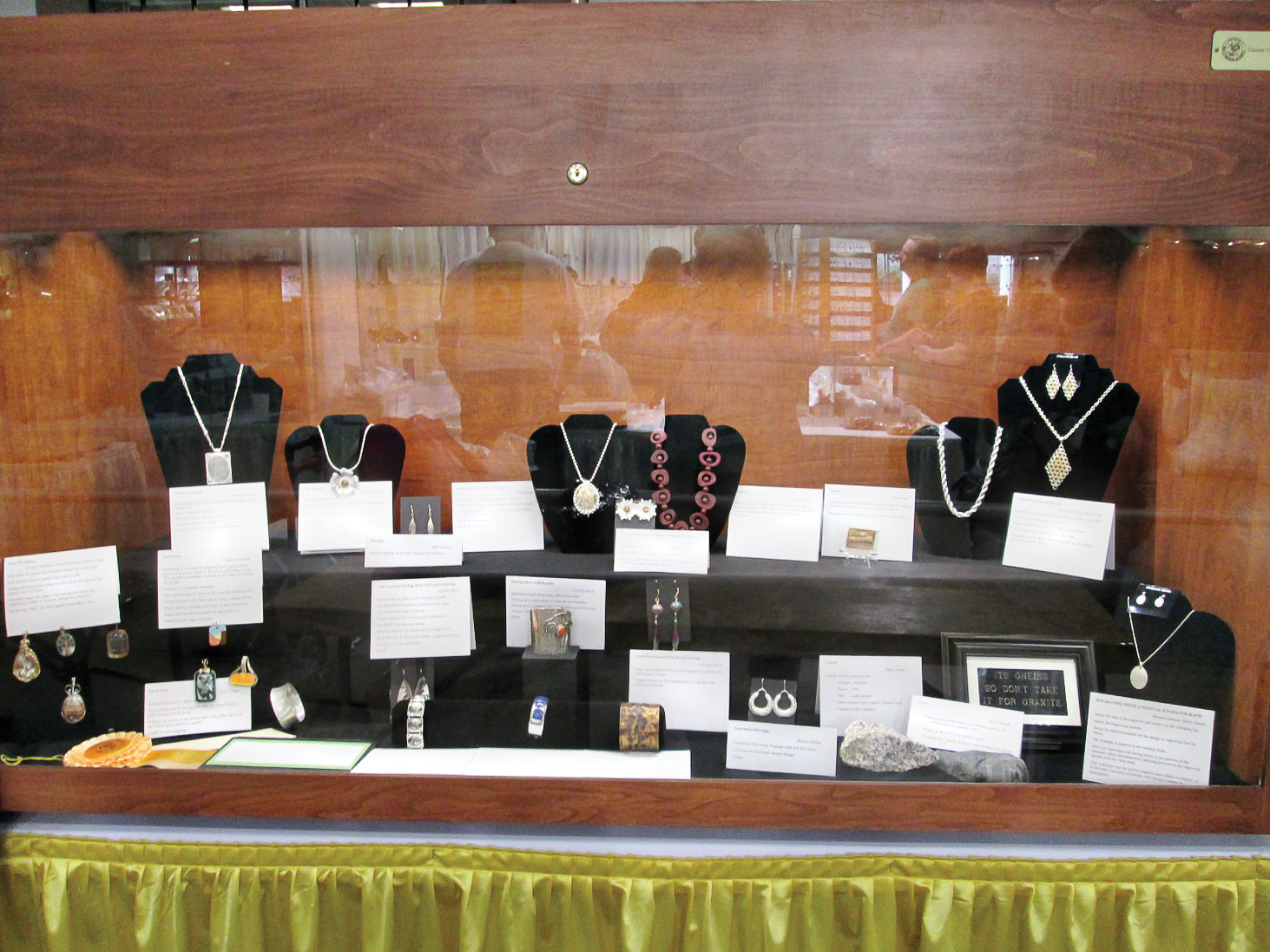 Every year Tucson enjoys hosting the largest Gem Show in the world, with a large number of vendors and visitors from all over the globe. While there are many different venues throughout the city, the oldest and most prestigious of them all is the Tucson Gem and Mineral Show, held at the Tucson Convention Center.

For many years, the SaddleBrooke Silversmith and Lapidary Club has had the honor of having displays at this show, and this year was no exception. We had not one but two displays at this revered site. One was created by SSLC’s president Gloria Quigg. Gloria’s display featured garnets of many different colors from all around the world. It was not only impressive, but also extremely informative for both the novice and the expert. How many people think of garnets as just being in a few shades of red? As Gloria’s impressive display showed, there are indeed many other colors.

Our other display was a collection of the works of various club members. While we have had this type of display many times before, this year we went above and beyond the usual. At the suggestion of our president Gloria, this year we included not just a brief description of each item, but also a brief explanation of how it was made. These explanations were quite helpful for those artisans who saw the display and wondered how they, too, could create a piece like that.

If you missed visiting the show this year, here are photos of the two displays. Perhaps next year you can visit the TGMS and see what some of your neighbors here in SaddleBrooke have created or, better still, you can visit our workshop in the Turquoise Room of the Arts and Crafts Center in MountainView.