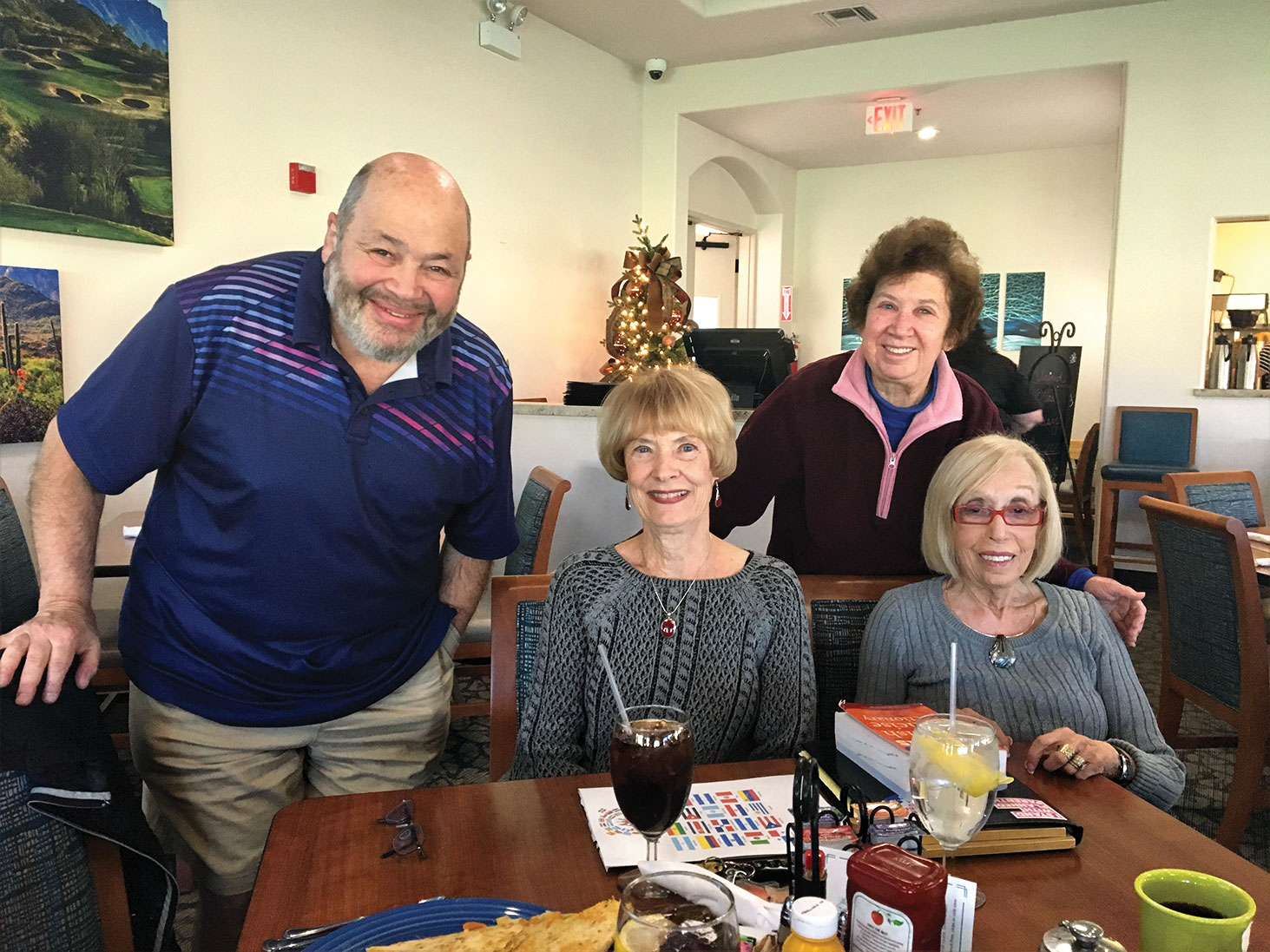 ¡Próspero Año Nuevo! The Spanish Culture Club has many exciting activities planned for the New Year!

We are a culture club, not a language club, interested in all aspects of Latin American and Spanish culture, including art, music, and customs. Speaking Spanish is not required; however, if you’re interested in improving your Spanish, there are opportunities to do that as well.

We have a busy calendar coming up. To get in a Latin mood, on January 18 we will be gathering at Carlota’s Restaurant in Catalina for dinner and mariachi music.

Our monthly meeting on January 21 will feature Susan Kravitz speaking on “Man of La Mancha.” Her presentation will take us from the 17th century novel, Don Quixote, to connections with contemporary issues. Susan teaches in ILR (Institute for Learning in Retirement) in SaddleBrooke and is an engaging and animated speaker. Extra: there will be a prize for any club member who has read the entire novel in Spanish!

February will kick off with a Spanish-speaking luncheon on Monday, February 4, at the Mesquite Grill. For information and to reserve a place, contact Audrey Tarchine at [email protected] by February 1. For our February meeting we are planning a trivia contest and we will also have a group outing to the Tucson Rodeo, “Fiesta de los Vaqueros.”

We are tentatively planning to attend the musical, American Mariachi, during its Tucson run in March. It is a heartwarming, hilarious new comedy about music’s power to heal and connect and the freedom to dream big.

If you are interested in improving your Spanish, there is a group that meets monthly for lunch. The December group was small, but had a good time. Monthly breakfasts tend to speak “Spanglish,” but are a good place to try out a new word or two while you get to know other members in a small, relaxed setting.

If you are interested in joining or would like to attend an event on a trial basis, please contact our membership chairperson, Susan Durschlag, at [email protected] Members of the club will also be at the SaddleBrooke Activities Fair on January 19 at the MountainView Clubhouse.