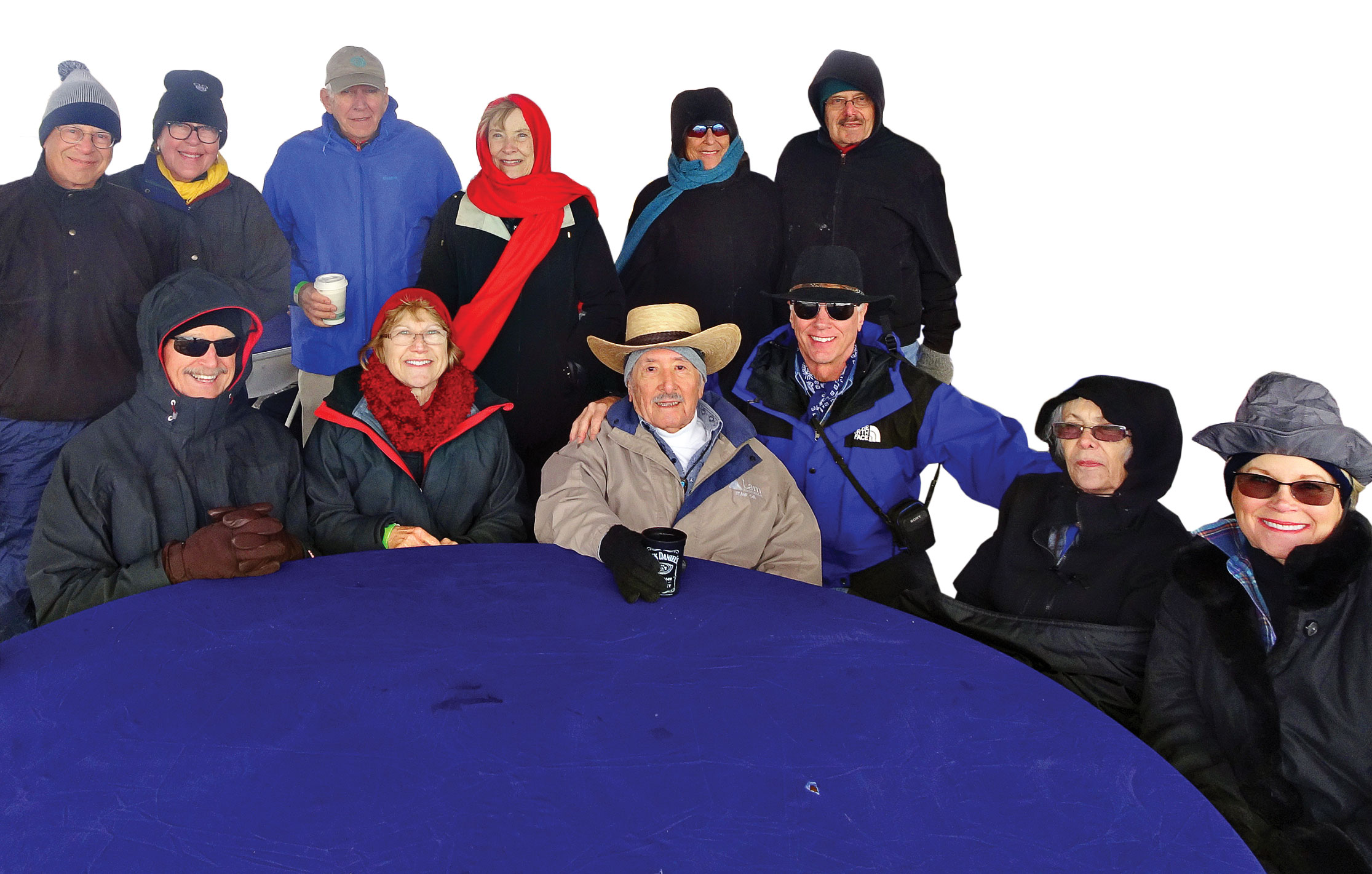 Our intrepid adventurers were well-prepared for the Tucson Rodeo.

February is the shortest month of the year and the Spanish Culture Club has been filling up the calendar with fun events.

February 4 was our Spanish-speaking lunch at the Mesquite Grill. A half-dozen of us, including a couple new faces, enjoyed lunch and practicing our Spanish.

For our monthly meeting, James Cowlin, a professional photographer and amateur historian, spoke about the Spanish influence in the Southwest. We learned about El Camino Real de Tierra Adentro (the royal road of the interior land), a trade route between Mexico City and Santa Fe, as well as some of the early history of Spanish and Mexican development in the Southwest.

Later in the month, a group went to the Tucson Rodeo, “Fiesta de los Vaqueros.” The unseasonably cool weather didn’t slow down the cowboys and cowgirls, nor did it stop our intrepid group from having a great time! We bundled up, had a yummy lunch and a front row seat to all the ropin’ and ridin’. The four to six-year-old children were adorable on their “mutton busting rides” and the main event, the bull-riding, had some wild rides and high scores. The rain held off until after we left!

Coming up for our meeting on March 18 is our annual trivia contest. Questions will be in English, topics are from the Spanish-speaking world. We will also be attending the musical, American Mariachi, during its Tucson run in March. It is a heartwarming, hilarious new comedy about music’s power to heal and connect and the freedom to dream big.

The club meets monthly on the third Monday of the month. We generally have a potluck dinner, followed by our program. Our meetings are conducted in English. Please join us for our March meeting on Monday, March 18, at 5:30 p.m. in the SaddleBrooke One Activity Center. Bring a potluck dish to share and your beverage of choice. Come as a guest and try us out!

Monthly Spanish-speaking lunches are on the first Monday at noon at the Mesquite Grill. Contact Audrey Tarchine at [email protected] by the prior Friday to reserve a spot. Next: April 1.

Monthly breakfasts are on the fourth Monday at 8:30 a.m. at the Roadrunner Grill. Try out a new word or two while you get to know other members in a small, relaxed setting. Next: March 25.

If you are interested in joining or would like to attend an event on a trial basis, please contact our membership chairperson, Susan Durchslag, at [email protected]