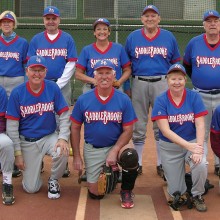 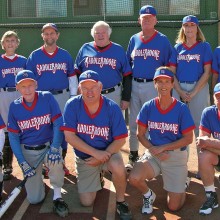 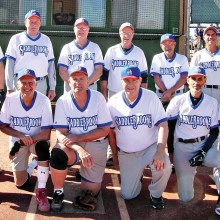 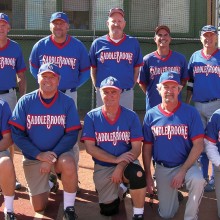 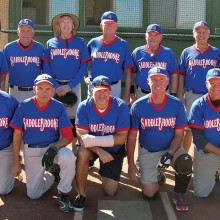 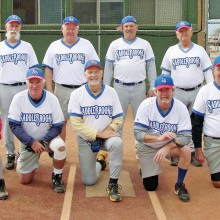 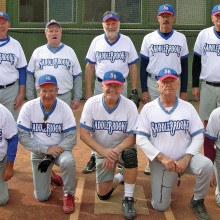 The SaddleBrooke Senior Softball Association ran the 15 week Winter Season from January through April 24. The statistics have been compiled and the final records for the seven leagues are in the books. Let’s recap:

Thursday Coyote League: Another tie for first place! HomeTeam Pest Defense, with manager John Sentowski, finished with nine wins and six losses as did Mike Hamm’s team, Patrick Shaffer Dentistry. In second place was Jim Smith’s team, seven wins and eight losses, sponsored by Firefly Fireplaces & Supplies. Guess what? They scored only one less run this season than HomeTeam Pest Defense—and 13 more runs than Patrick Shaffer Dentistry. Our last place team was Vantage West Credit Union; Ken Meinhart led this team to five wins, 10 losses. But wait until you hear this—they scored 283 runs this season; more than any other team in this league!

Friday Competitive League Charlie LaNeve led BRAKEmax to a first place finish with nine wins, five losses. Coming in a close second was Bank of the West, led by Steve Garceau, with seven wins, seven losses. Third place was a tie: Caliber Collision managed by Stu Kraft and Central Alarm, skippered by Harold Weinenger, both had five wins and eight losses on the season. Only one run separated these two teams on the season.

Friday Community League: Hardin Brothers Automotive, Inc., with John Nola manager, finished in first with 11 wins and eight losses. Coming in a close second was Discount Tire, managed by Jerry Cowart, with a record of 10 wins, eight losses. In third place, with seven wins, 12 losses, was Golf Cars of Arizona headed up by Mark Forsch.

It was a long season; we got to play with and admire the skills of our winter snowbirds. Spring season is now underway and everyone is invited to come out to our comfortable stadium to cheer on your friends and neighbors. Games start at 8:00 a.m. every weekday except Wednesday. If you have questions about playing softball please contact Ed Cussick at [email protected]