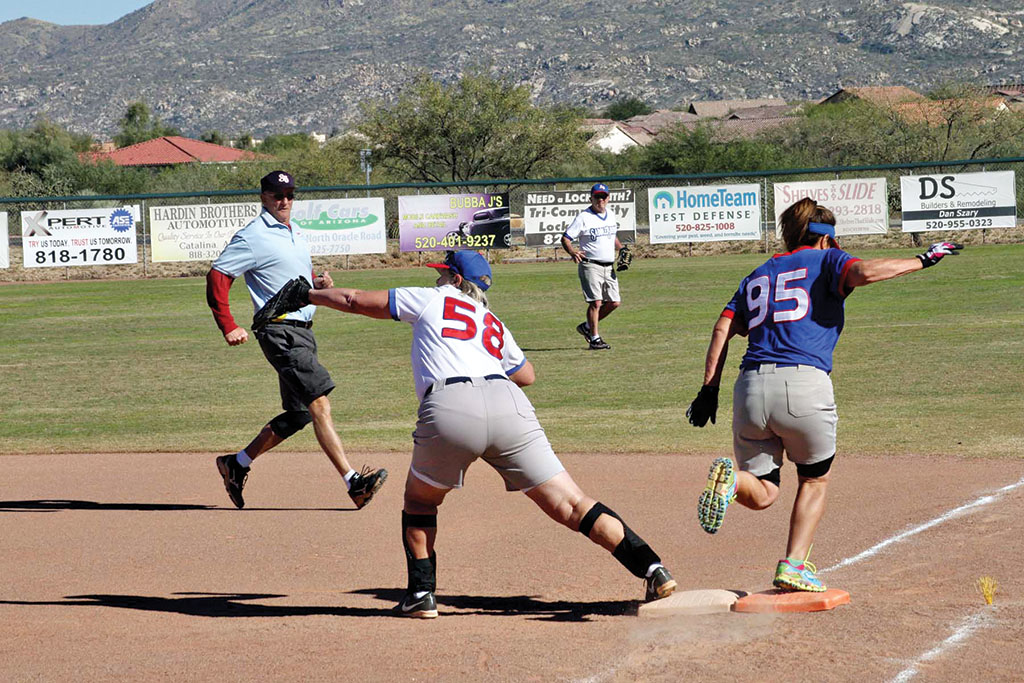 Aleta Rosenthal tries to make the out in this close play with Janice Mihora; photo by Jim Smith. 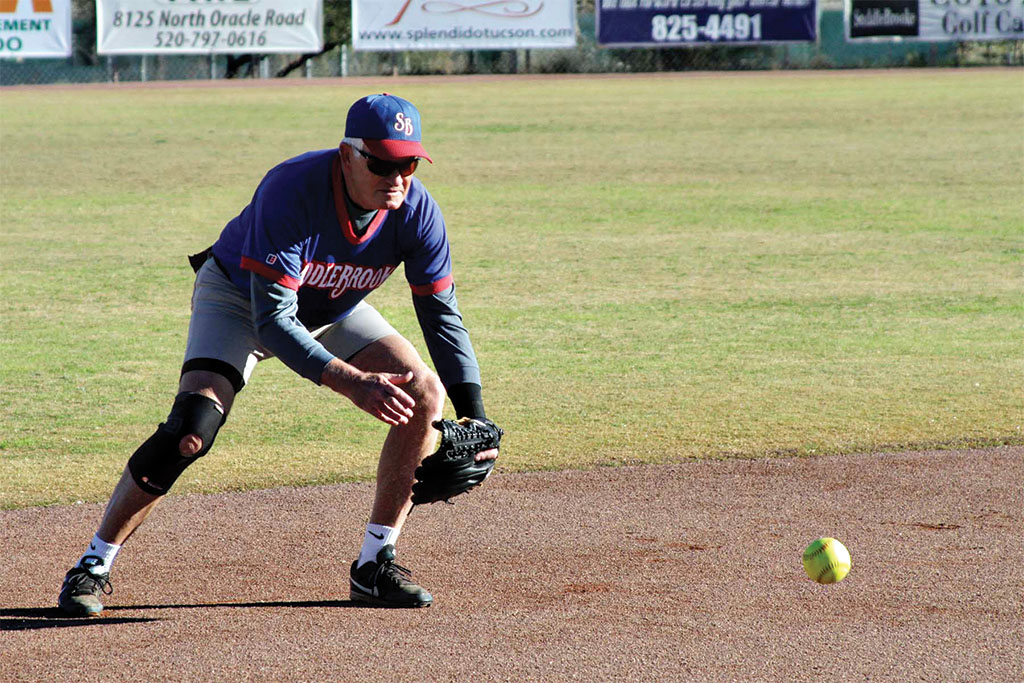 Shortstop Stu Kraft is ready to get the ground ball hit right to him; photo by Jim Smith.

Fall season for SaddleBrooke softball ran from October 8 through December 11, 2015. Let’s see how the players and their teams fared:

Monday Community League: We had a tie. Mike Hamm led Tri-Community Lock & Safe to a record of five wins and three losses. Debbie Seguin was skipper of The Charles Company team, also ending with 5-3 record. One run separated the output of both these teams on the season. Coming in second place was Twin Lake Air, LLC, Harold Weinenger at the helm. Ryan Mitchell managed The Villas Assisted Living players to a third place finish with two wins, six losses.

Games are played four days a week. Winter season started in January; most games begin at 10:00 a.m. Come out to our ballpark and see the luxury seating and beautiful ball field that many of your friends and neighbors call their second home. Better yet, we welcome men and women to come play with us. If you have questions about softball, please contact President Stu Kraft at 825-1466 or email him at: [email protected]