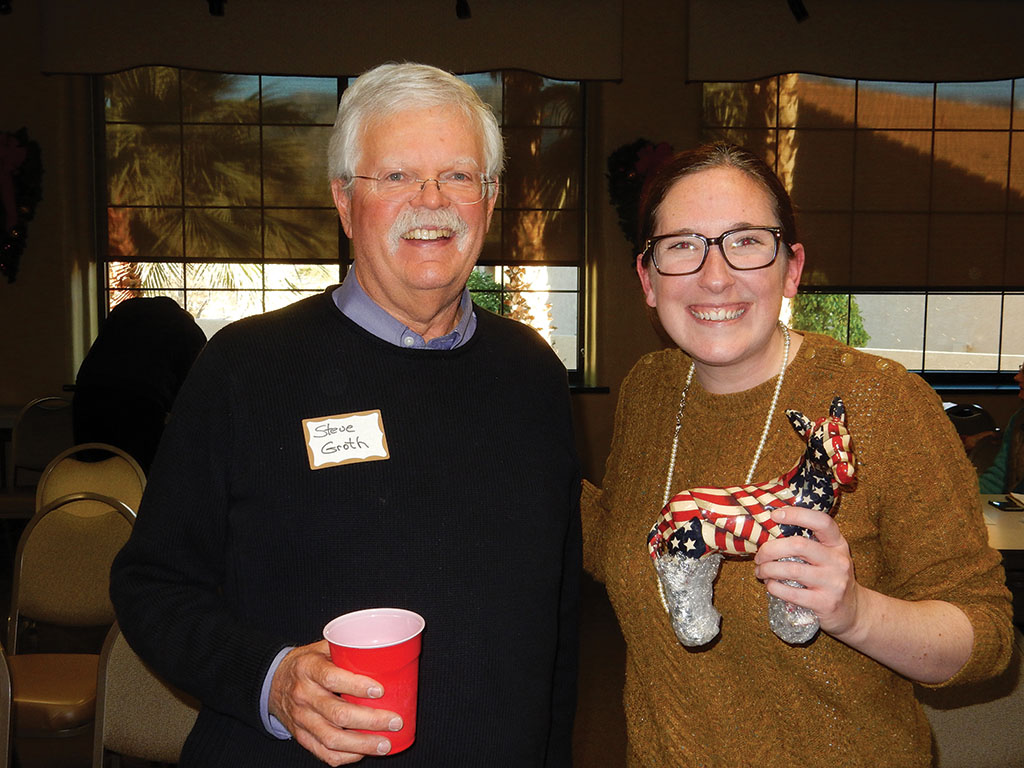 The speaker at our January 12 meeting was Shelia Healy, our new Executive Director of the Arizona Democratic Party. Shelia addressed plans to improve the overall election process for the Democratic Party of Arizona. She specifically addressed party organization efforts to support voter registration, voter education and GOTV (get out the vote) efforts and strategy throughout the state. She took many questions from the audience on these processes and fielded many improvement suggestions from club members who have been active in the process in the past. An experienced organizer with experience in Texas and Florida at the state party level, and at the national level with the DCCC and the Obama Election and Reelection Campaigns, Shelia is a welcome addition to the Democratic Party of Arizona.

Terry Goddard was speaker at our monthly meeting on February 9. Terry, former Phoenix Mayor and Arizona Attorney General, introduced club members to The Voice of the People Association of Arizona (VPA Arizona). Faced with the ongoing threat of “dark money” and its corruption of Arizona Elections, Terry founded VPA Arizona to make the citizen initiative process more viable, increase civic engagement as well as training a new generation of activists and organizers. Terry hopes that VPA Arizona will become a critical piece of infrastructure for Arizona and serve to help register voters and engage citizens in the electoral process. After all, if money is speech, don’t we deserve to know who is doing the talking?

Each regular monthly meeting of the SaddleBrooke Democratic Club is held on the second Tuesday of the month at 3:30 p.m. in the HOA 1 Activity Center, 64518 East Galveston Lane, SaddleBrooke, Arizona 85739.