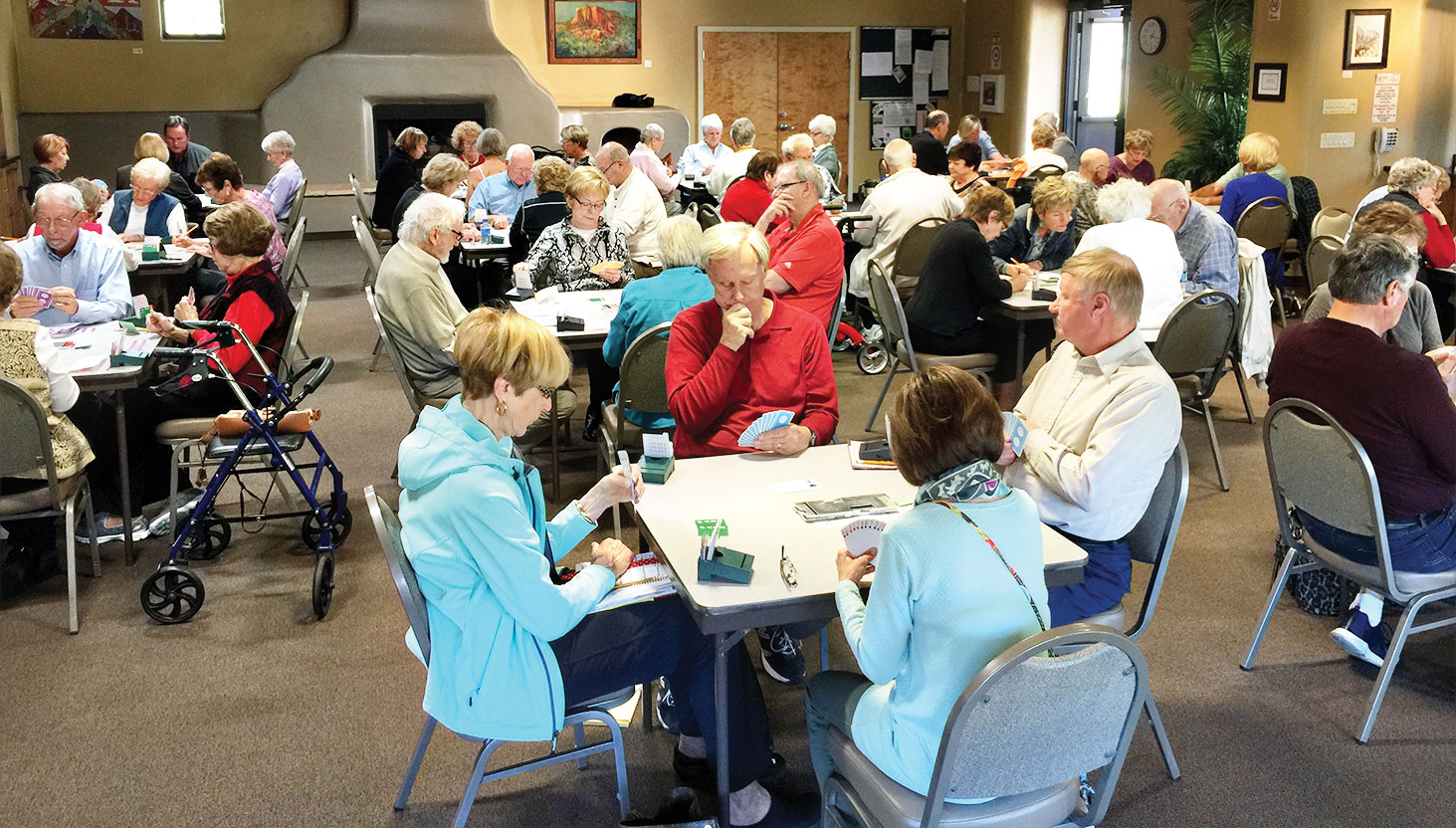 Alzheimer’s Disease is usually a disease of aging. Four percent of people in their 70s develop it and 37% in their 90s have it. The goal is to delay the onset of the disease so we can live our lives completely to the end. There are many new approaches to treating Alzheimer’s from flashing lights to non-invasive ultrasound to magnetic stimulation of the brain that are being tested in addition to many new types of medication. As science improves, we will find the right treatment. The Alzheimer’s Association is the largest nonprofit funder of Alzheimer’s research. It also provides help and support to patients and their families.

Every year on the summer solstice, the American Contract Bridge League (ACBL) holds The Longest Day event to raise money for the Alzheimer’s Association. From sunrise to sunset, ACBL members across the country host various events to advance the cause. This year, Small Slams Bridge Club will again sponsor an event at the SaddleBrooke One Clubhouse on Friday, June 21, 2019, from 9:00 a.m. to 2:00 p.m.

In addition to the Bridge Game, there will be rooms for Mah Jongg and Canasta groups. The games will be played in the morning followed by lunch in the Vistas.

There will be raffle tickets sold before and during the event to raise money. Fifty percent will go to the Alzheimer’s Association and 50% will be divided among five winners. For example, if $3,000 were collected then there would be five winners of $300 each. Last year we collected $3,200.

There will be a silent auction also to raise money with all proceeds going to The Alzheimer’s Association.

Costs for participating in the event, including the luncheon, is $30. Registration for the event is required and should be made by June 13. Reservations after that date will be $35.

For questions and registration email us at [email protected] After registering, to play bridge go to www.SmallSlamsBridgeClub.com to sign up.