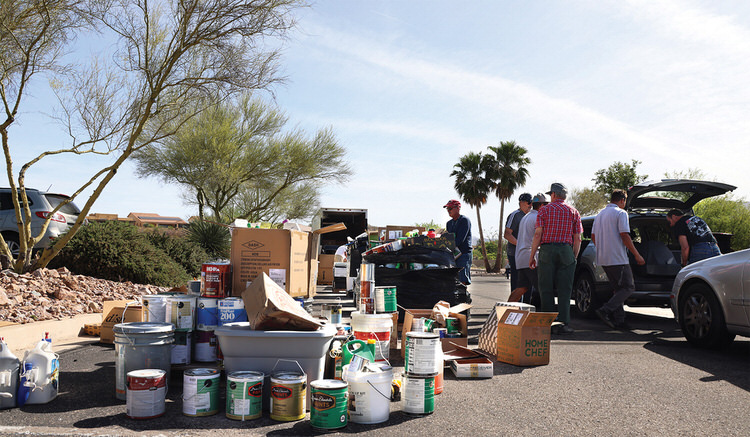 The FBI estimates that financial scams cost seniors $3 billion each year, while the Federal Trade Commission puts losses closer to $36 billion. With savings, homes, and good credit—plus the tendency to be trusting, polite, and isolated—adults 65 and older make attractive targets. Every year, around two to three million cognitively-intact seniors (about one out of every 18) are victims of a scam. You probably know one.

My husband’s check to pay a bill was stolen from our SaddleBrooke mailbox, washed, and used to empty our checking account in less than 48 hours. Since the bank spotted this suspicious activity, we recovered the $16,000, but many are not so lucky.

The take-away? Be on alert for scams (and place outgoing checks directly into a USPS box).

Elder fraud is a multimillion-dollar business with scammers knowing their risk is low. Be suspicious of deals that look too good to be true. Refuse to provide information. Avoid answering emails and calls from unknowns, and check with people you know before opening or acting on something that doesn’t seem right. Cons pounce on the unsuspecting.

In 2021 a SaddleBrooke resident got a phone call from a man identifying himself as a federal agent. He told her she was being accused of multiple crimes, including renting a vehicle in another part of the country, and that blood was found in the car. A warrant was being issued for her arrest. He had her full name, date of birth, and social security number.

She was told to go to Wells Fargo Bank inside Bashas’, withdraw funds from her current bank account, and move those funds to a new Wells Fargo account. Eventually, an “attorney” called her, directing her to transfer those funds to another Wells Fargo over on First Street. Over a long few weeks of following their multiple requests, she transferred $67,000. Wells Fargo took no responsibility, because she made these transfers herself.

Either directly via phone, Internet, and mail, or indirectly by radio and TV ads, seniors are frequent victims. Medicare cons demand identity information to maintain benefits. Fake grandchildren beg for money transfers or untraceable gift cards to solve a financial crisis. Similarly, romance schemers request money for an emergency, medical treatment, or visa, and they conned seniors out of $84 million in 2019 alone. Look out for lottery scams and phony online shopping sites, fake anti-aging products, counterfeit prescriptions drugs, burial fraud, and contractors who take a down payment but don’t return.

Be wary. Robo-callers ask, “Can you hear me?” to get a voice copy of you saying, “yes” (a voice signature) to authorize unwanted purchases. Computer tech support scams use a computer pop-up message or blank screen saying your device needs fixing for a fee or by allowing remote access to your computer. Malware schemes infect your computer when you open an email or load their fake anti-virus software, and phishing emails seek personal logins and social security numbers, supposedly to verify or update credit card information.

Elder fraud is a “low-risk crime” that often goes unreported by older adults. Many of us don’t know where to begin, are ashamed, and even fear relatives will question our ability to manage our finances. Many can’t remember sufficient details to help investigators.

Please report crimes to the Pinal County Sheriff and notify The National Elder Fraud Hotline at 1-833-372-8311, which serves all adults ages 60 and older seven days a week—connecting them with authorities to recover losses, identify those who commit fraud, and prevent additional victims.

The Senior Toolkit www.azag.gov/sites/default/files/docs/seniors/Senior_Toolkit.pdf is an excellent resource describing common scams and what to do about them.