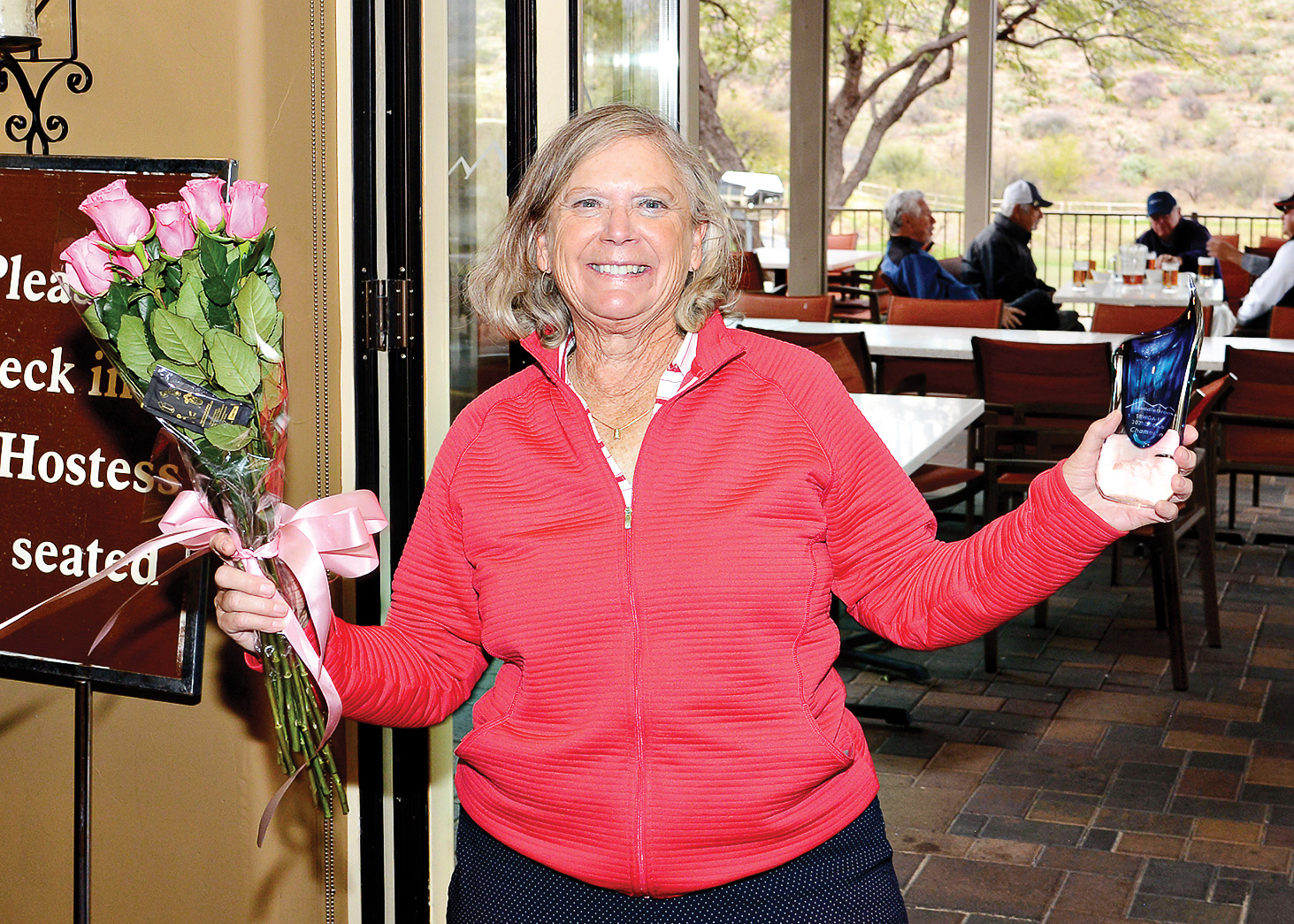 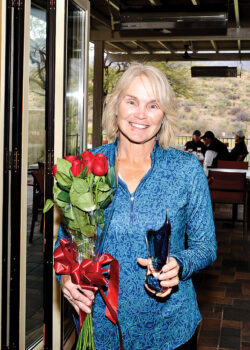 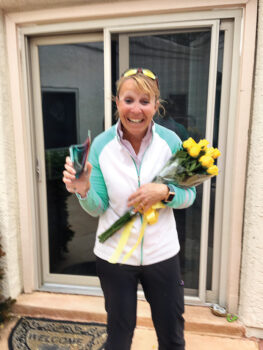 Gardeners around Arizona are well versed in the saying “Never cut back your plants until after the 15th of March, due to the possibility of a late winter storm.” The Ides of March, a date which has turned the tides of men and countries, brought back Old Man Winter for an overnight freeze. Thick, fluffy snowflakes accumulated the next morning for several hours, making the desert and mountains an even more spectacular sight. However, it trimmed off the first day of SBWGA-18’s planned three-day competition of the 2021 Club Championship, Senior Club Championship and Cactus Classic, all of which were dubbed “Three Races for the Roses.”

Better golfing conditions prevailed on March 18 and 23, allowing 60 SBWGA-18 golfers on our manicured fairways. Although our golfers only played one rotation of SaddleBrooke’s three 9-hole courses over the shortened two-day event, the tournaments’ committee had triple the scoring duties keeping straight all of the possibilities of a player’s winning or placing in each of the three contests played simultaneously. Kudos for an excellent event to all involved in the tournament, including Maire Ryan and Elia Sallaberry, the Rules Committee; our faithful and cheerful Registration Attendants, Fay Steele and Betty James; and, most particularly, to our Tournament Chairs, Christine Smith and Sandy Collins.

The prick of a thorn may be part of the beauty of a rose. Losing a day of competition to snow was the only thorn in these successful, triple triumphs.