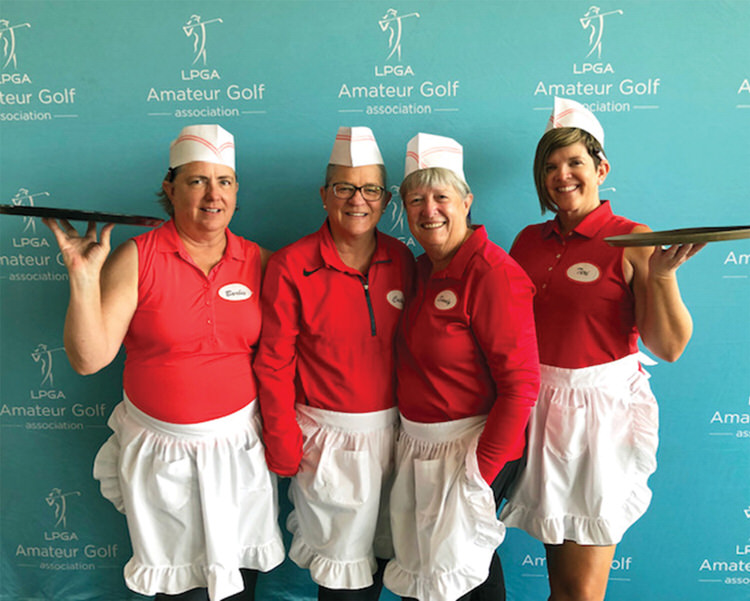 Sandra Murray (third from the left) 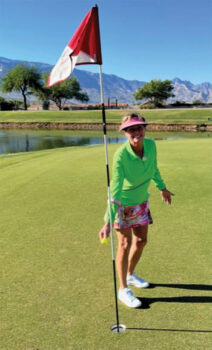 Congratulations to Deb Fenton who carded a hole-in-one on June 14. She used a 9-iron and cleared the dreaded water on SaddleBrooke hole number 2, and the ball dropped straight into the hole. Witnesses were Barb Verbus and Shirley Hamann.

Sandra Murray joined three other ladies from the Tucson area to play in The LPGA Amateur Open Scramble at Geneva National Resort in Wisconsin. They placed second gross in the first flight and fifth overall out of 240 players

New SaddleBrooke Women’s Golf Association (SBWGA-18) member Ruth Irving is originally from Wisconsin but has lived the past 40 years in Gilroy, Calif., the Garlic Capital of the World. Ruth was a middle school art teacher in Gilroy and won the Garlic Festival poster contest twice. Ruth and Jerry rented out their SaddleBrooke house until recently, and they are looking forward to spending more time here but will be sharing their time between SaddleBrooke and Gilroy.

Ruth enjoys tennis, painting, reading, and playing all kinds of cards, in addition to golfing. Welcome to SaddleBrooke and SBWGA-18, Ruth.